City of Ottawa by-law officers like Jenny Wang have been responding to calls throughout the pandemic   (Photo credit: C Bricker)

Here are some of the reasons why Ottawa, City of was selected as one of National Capital Region's Top Employers (2022): 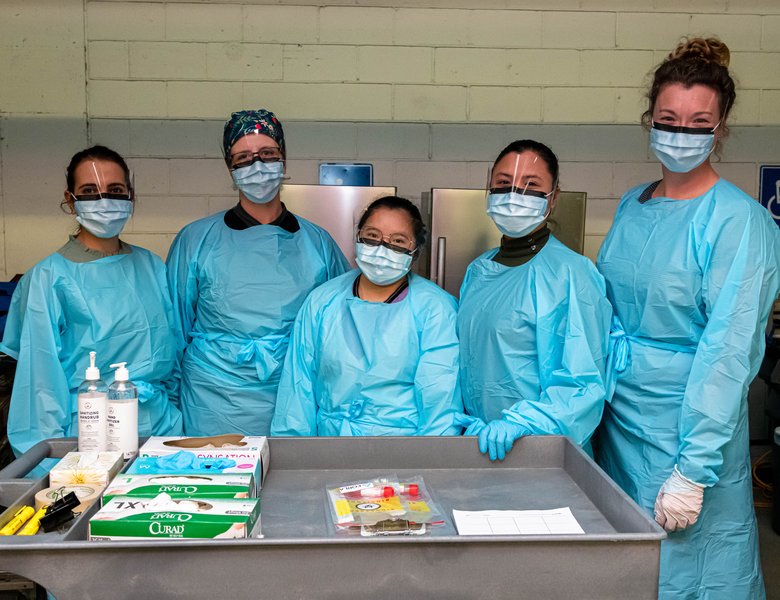 Staff in full personal protective equipment before a shift at a City of Ottawa vaccination clinic   (Photo credit: Phil Renaud / City of Ottawa) 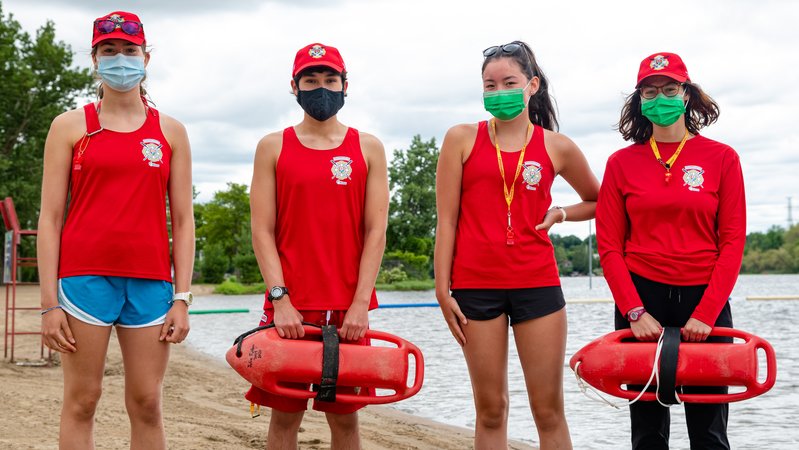 City of Ottawa lifeguards report for duty at one of the City’s public beaches   (Photo credit: Phil Renaud) 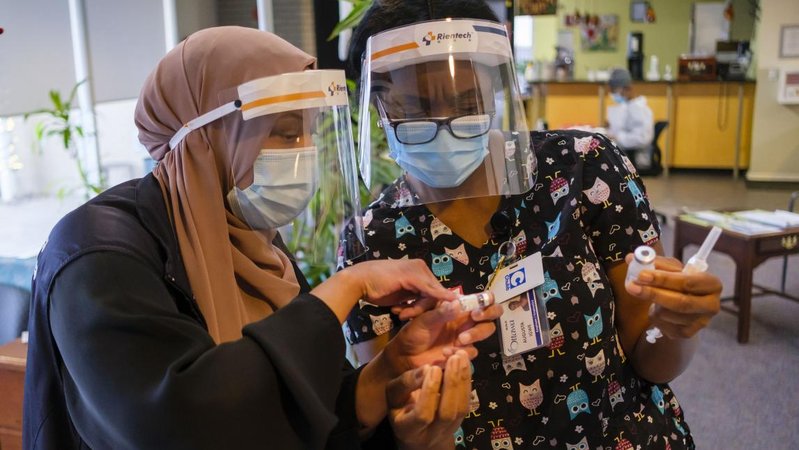 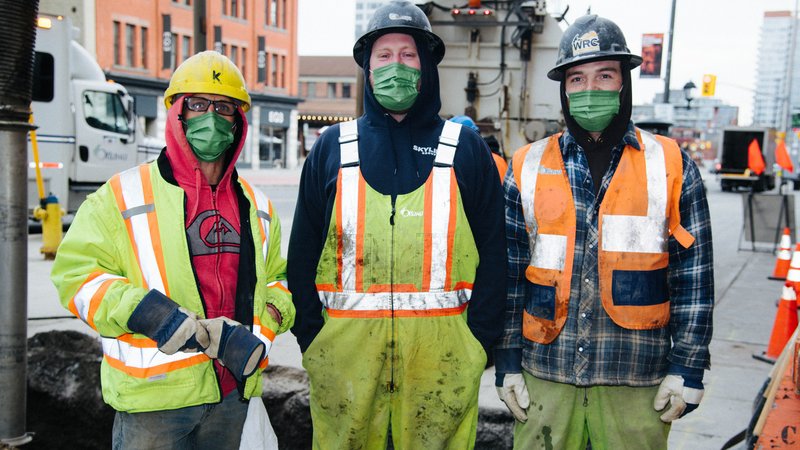 During the pandemic, most of the City of Ottawa's employees were onsite because they provide front-line services, including these employees photographed following a water main break repair   (Photo credit: C Bricker) 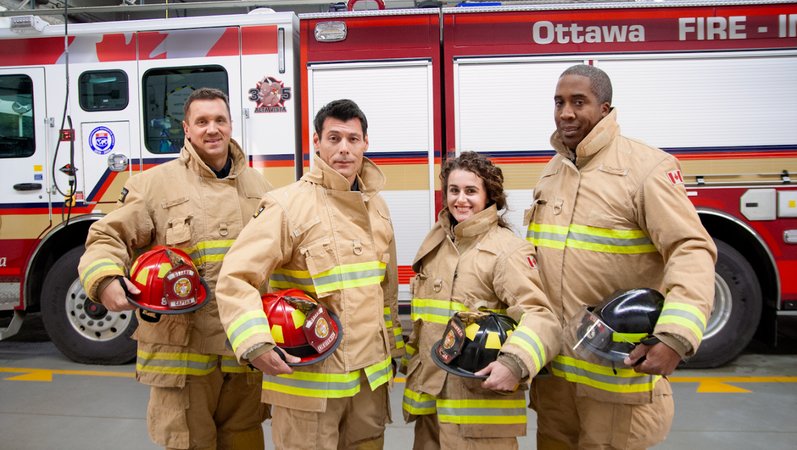 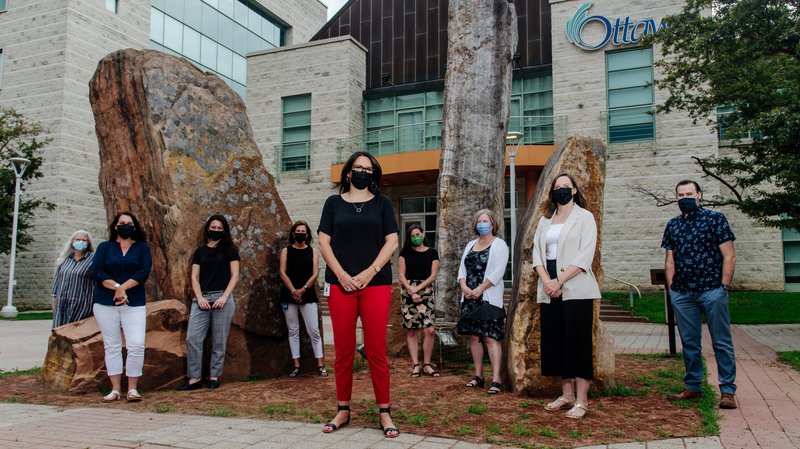 City of Ottawa representatives across the corporation worked virtually for the first half of the pandemic, but some returned to the physical workplace to support the vaccination roll-out   (Photo credit: C Bricker)

The City of Ottawa shifts focus to support its staff

When Steve Kanellakos took over his position as city manager at the City of Ottawa five years ago, he initiated a shift in the organization’s focus that didn’t just transform the workplace culture, but helped it better support employees’ health during the COVID-19 pandemic.

“We had been so focused on operations and metrics, and I realized that the only way you’re ever going to deliver great service is if you focus on your people,” says Kanellakos, who’s responsible for executing Ottawa city council’s plans for everything from emergency services to roads, parks and recreation, and construction. “So we started focusing on the management behaviours we needed to implement that would help people feel more supported and do their best job.”

Kanellakos introduced a management style called “servant leadership,” in which leaders support employee advancement through customized coaching and training. It includes a mentorship program, performance reviews that encompass feedback from peers as well as supervisors, and personal coaches to help employees excel. “We’ve been focusing on our management to make them better able to support our staff,” he says.

The other shift came about during the pandemic, which presented major challenges for an organization where most employees couldn’t work from home because they provide front-line services like firefighting, snow plowing and garbage pickup. The City introduced a number of safety measures around distancing, hygiene and masking, but a major issue was revealed in its periodic employee surveys: mental health.

“That was a real eye opener,” Kanellakos says. “It became clear that people are dealing with a lot of issues related to COVID-19: isolation, stress, uncertainty, familial issues. And we realized we had to step up in terms of how we were going to support their mental health.”

Lamb was involved in establishing guidelines that highlight best practices for establishing a formal peer support network. Through one-on-one conversations, peer supporters help their colleagues identify the resources and supports that will be helpful to them related to workplace stressors, personal challenges or crisis situations.

“Peer support is effective because people are more likely to seek support from someone who understands the unique pressures of what they’re going through in the workplace,” she says. “As a starting point, it’s talking to somebody you trust who can help you connect with professional resources if you need them.”

Lamb sees the increase in demand for services as a good thing. “It means people are getting the support they need, when they need it,” she says. “So it’s working. The most rewarding thing is seeing more authentic conversations about mental health happening in the workplace. It’s a beautiful thing to see a workplace pay attention to mental health in very concrete ways.”

This article appeared in the magazine announcing this year's National Capital Region's Top Employers winners, published February 1, 2022 in the Ottawa Citizen. This article was prepared with the financial support of the employer, which reviewed but did not write its contents.

Here are some of the reasons why Ottawa, City of was selected as one of Canada's Best Diversity Employers (2022): 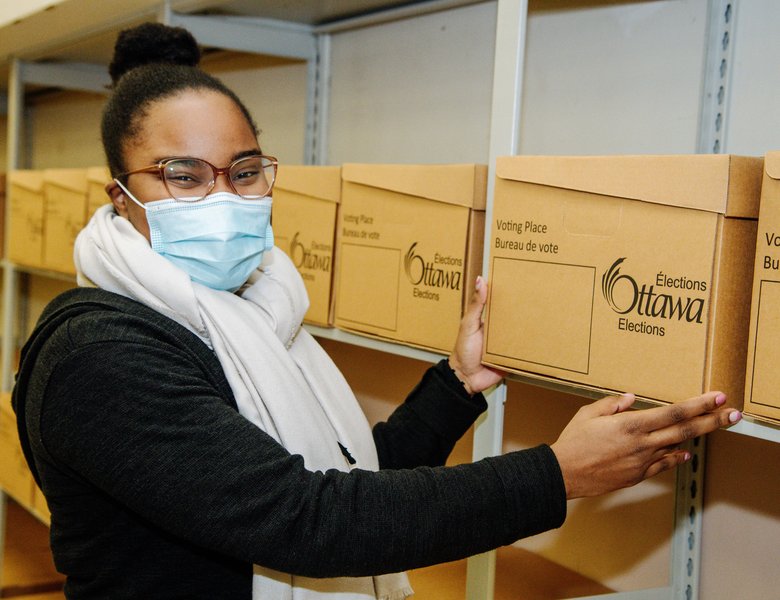 With dedicated staff like Thania Rosalva, the City of Ottawa’s Elections Office conducted a by-election during the pandemic   (Photo credit: C Bricker)

As a gay man with multiple disabilities, I very much appreciate the opportunity to coordinate our Rainbow Employees Network and participate in the Employees with Disabilities Affinity Group. Organizations that are committed to inclusion provide space for employees to be and express their full selves so that they may, in turn, bring their whole selves to work. I also value the training opportunities for staff to better learn about and celebrate diversity more broadly. The more we share, the more we learn -- and the more we learn, the more we foster a space for everyone. Nathan Hauch, Program and Project Management Officer, Finance Services Department 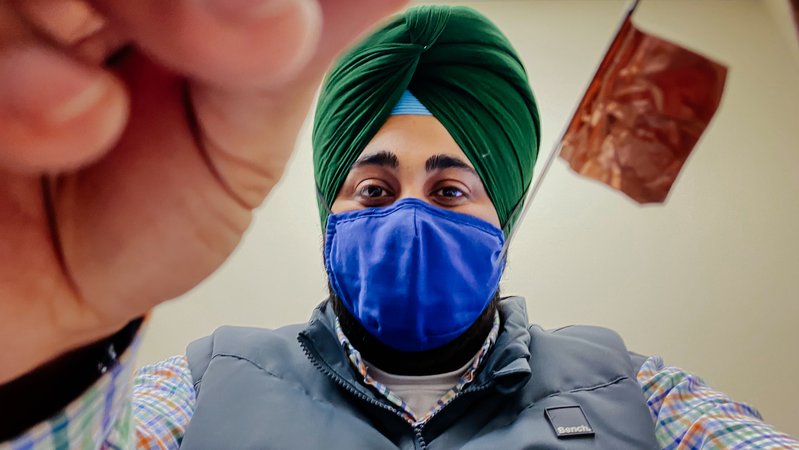 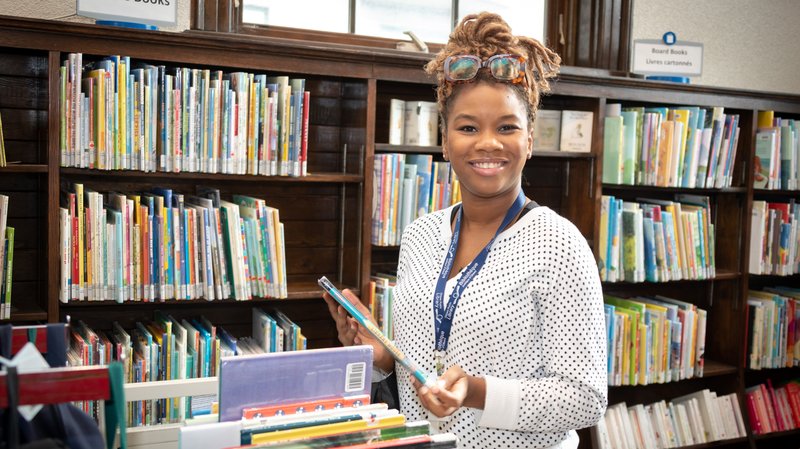 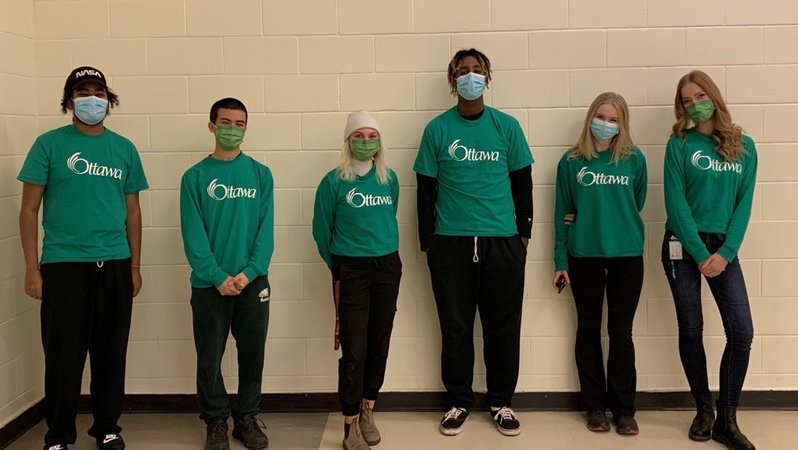 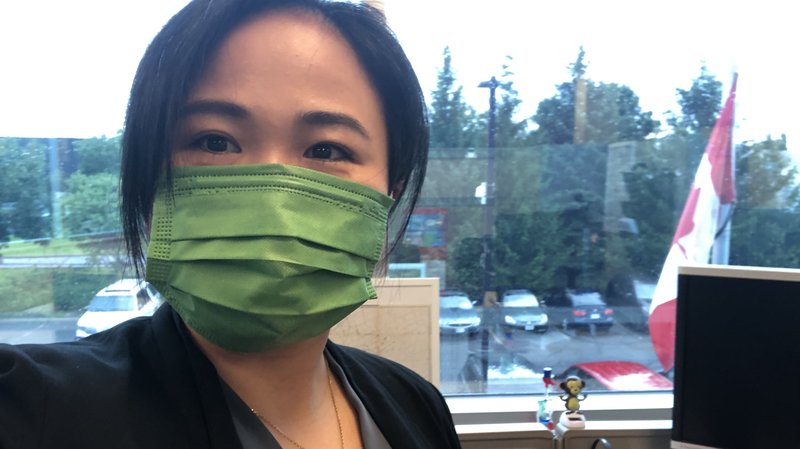 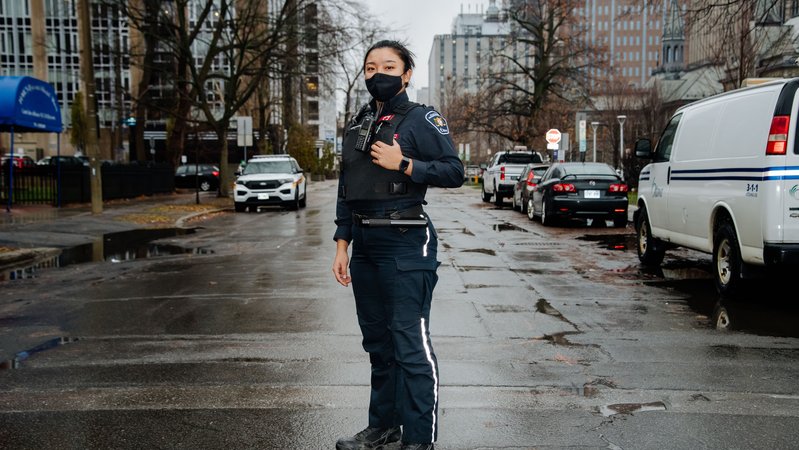 City of Ottawa by-law officers like Jenny Wang have been responding to calls throughout the pandemic   (Photo credit: Chris Bricker, City of Ottawa)

The City of Ottawa fosters an inclusive workplace

As director for gender and race equity, inclusion, Indigenous relations and social development for the City of Ottawa, Suzanne Obiorah leads a major undertaking to increase diversity in the workforce, help racialized employees succeed and improve access to services for people from underserved communities in the city.

“We’re striving to have a workforce that reflects our community and foster a workplace where our employees feel a sense of belonging,” she says.

This effort involves a long list of initiatives both in the workplace and across the community, from funding neighbourhood social service agencies to overseeing the City’s reconciliation action process and directing its corporate diversity and inclusion plan.

“We’re embarking on the City of Ottawa’s first anti-racism strategy,” Obiorah says. “We’ve engaged with more than 600 residents and established an anti-racism advisory table which is community-led, and they are advising us on the ways the city can confront racism. We’ve also hosted a session on gender diversity and gender inclusion.”

The City has also adopted inclusive hiring practices and is reaching out to priority neighbourhoods to foster partnerships and create pathways to employment by establishing a Community Champions Network, installing free wi-fi in 13 sites in those neighbourhoods and offering career coaching and a youth futures program.

Twice a year, workforce representation in the corporation is compared to workforce availability in Ottawa, and steady increases have been noted in the representation of women, visible minorities, people living with disabilities and Indigenous peoples.

Across the City’s workplaces, which encompass everything from emergency services to roads, parks and recreation, waste disposal and construction, employees are offered a leadership development plan that includes career conversations, courses and mentorship programs. The City has also established nine affinity groups for various racialized, cultural and social communities.

“We want to foster spaces where people can share their experiences and interests,” Obiorah explains. “The City provides the infrastructure required for the affinity groups to come together to network, host activities and share their knowledge. In this way employees can both support each other and provide recommendations to the City about how to make it a more inclusive workspace.”

Chen also values the open communication she has with the City’s management team. “Every time I have passed on suggestions based on the affinity group’s discussions, they have been well received,” she says. “They listened, and I know they are taking actions.”

For example, a discussion about the racial bias that members of the AHA group have experienced led to the City launching a series of training programs in unconscious bias. “This training provides more cultural awareness and understanding, and encourages meaningful connections,” she says. “It’s been very beneficial.”

“We’re trying to create spaces where we can learn together and understand different life experiences in an effort to create a sense of belonging within our community and among our staff,” says Obiorah. "It’s critical to know that senior leadership commits to ensuring that our workforce is reflective of the community we serve, integrating the voice of the community along the way.”

Search all jobs from Ottawa, City of Live search powered by Eluta.ca