Here are some of the reasons why Vidir Solutions, Inc. was selected as one of Manitoba's Top Employers (2022): 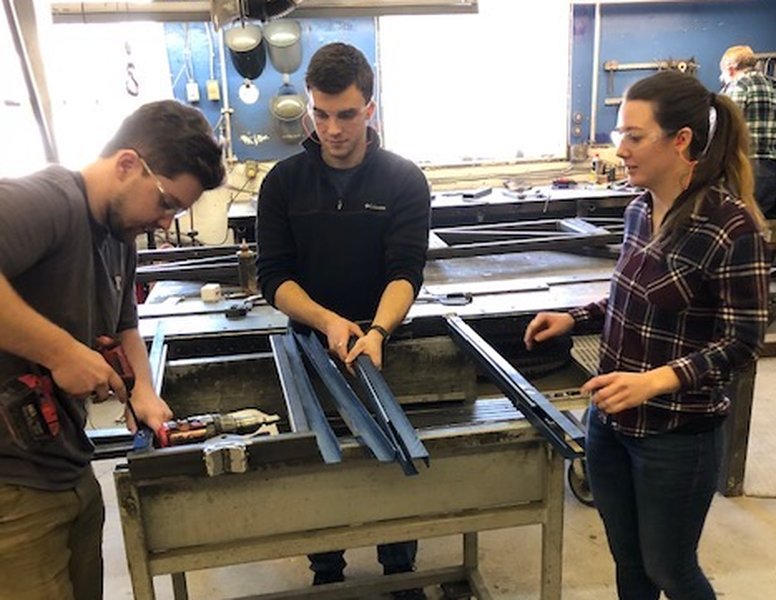 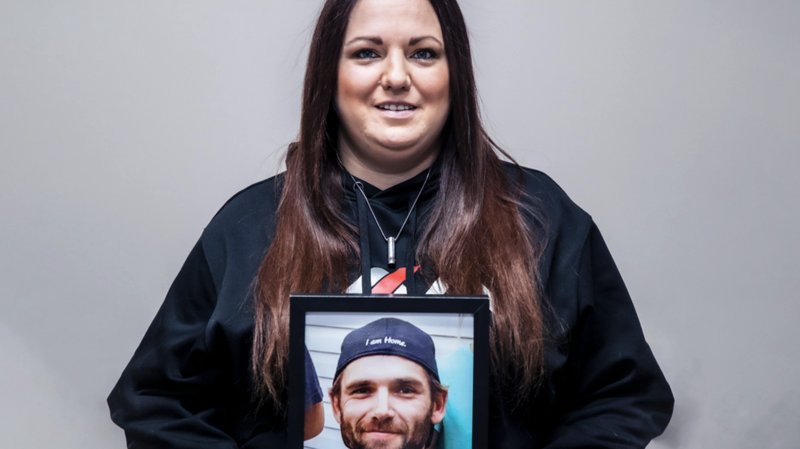 Vidir Solutions has supported Jody Wasserman, marketing assistant, whose brother passed away due to a drug addiction through fundraising efforts for mental health and addictions awareness 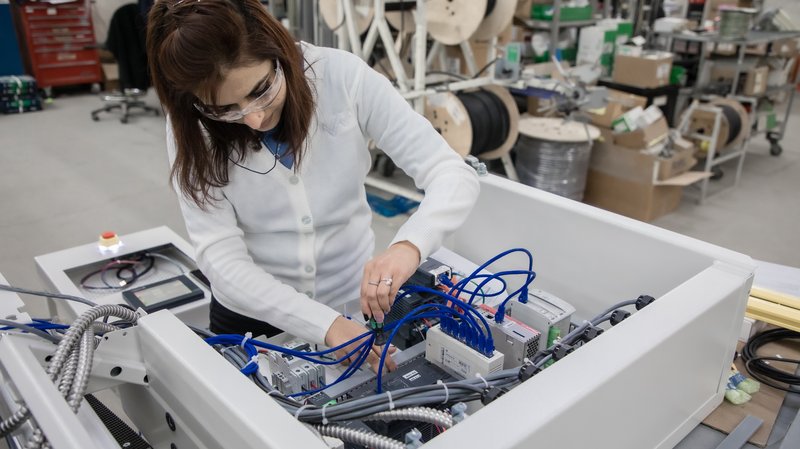 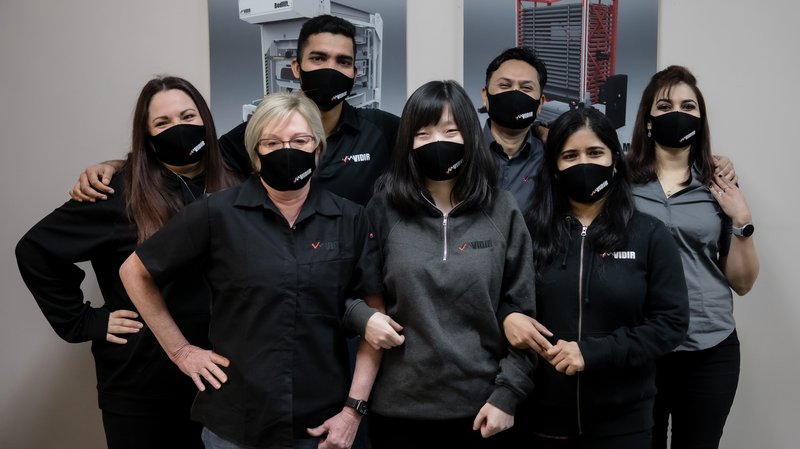 Vidir Solutions employees are a tight knit and diverse team: 43% of employees are either female, a visible minority, or first-generation Canadian   (Photo credit: Sara Uruski Photography) 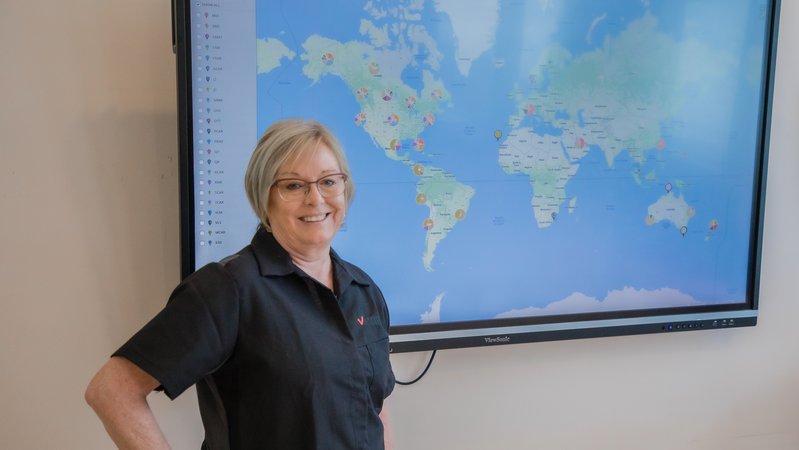 Chris Cottingham, manager of customer care, poses with an interactive map showing some of the more than 40,000 customers around the globe where Vidir Solutions has machines   (Photo credit: Sara Uruski Photography) 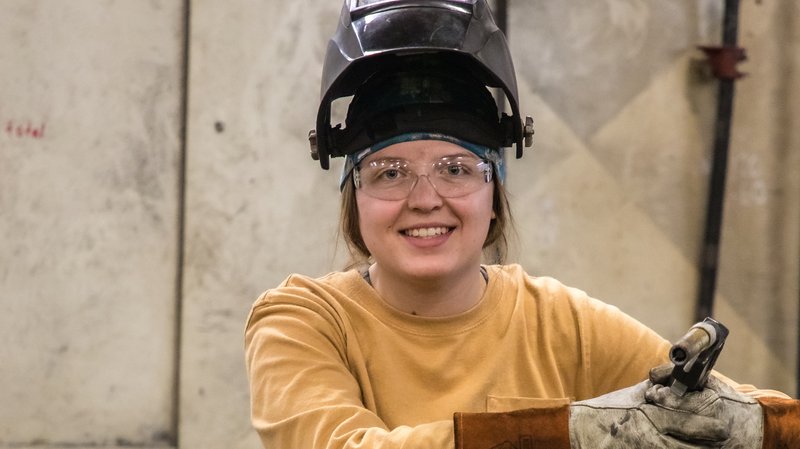 Vidir Solutions is a proud supporter of empowering women in manufacturing -- pictured here, welder Brooke Blahey with a machine she is welding for Walmart   (Photo credit: Sara Uruski Photography)

Sometimes employees can get the truest picture of what makes their company great during a time of personal adversity. That was the case for Jody Wasserman, a marketing assistant at Vidir Solutions Inc.

Wasserman had been working at the manufacturer of automated material-handling solutions for more than two years when her brother died of an accidental overdose. Not only did the Arborg-based company give her all the time she needed to recover, it also generously supported her subsequent efforts to raise awareness about people dealing with substance-use disorders and homelessness.

Vidir also let her promote her advocacy group through its social media, use the office printers and put up posters in the company’s plants. And it “very graciously” donated to her advocacy programs, such as a ball hockey tournament, says Wasserman.

Wasserman says the way Vidir treated her at an important time in her personal life is symbolic of the way the company treats employees generally. Everyone is made to feel included, she says, there’s good two-way communication between managers and employees, and the conversations are “genuine.” Plus, employees’ opinions are listened to.

“I feel so appreciated at Vidir,” she says. “I don’t just feel like I’m an employee; I genuinely feel like it’s a family here.”

Vidir was founded and remains owned by the Dueck family. Its manufacturing operations are concentrated in Teulon and Arborg, Man., but it sells its products in over 40 countries.

Even as it grows, Vidir makes a concerted effort to ensure the work environment remains famil- ial, says Cristina Vieira, director of human resources. And it always tries to give employees “that personal touch.” As an example, she describes the response when the pandemic forced the company to cancel its annual employee-recognition event during Christmas 2020. Unable to get together in person, Vidir gave out big turkey dinner packages, with all the trimmings, for each employee to prepare at home.

“There’s a sincere kindness,” Vieira says. “There’s always that continuous acknowledgement that we go a little bit beyond, do things a little bit differently.”

Vidir also makes sure it gets the fundamentals right, Vieira says. It provides competitive compensation, and goes through regular industry-salary reviews. It’s formalizing its successful leadership program, and vigorously promotes safety in its operations.

The company is also known for its generous donations to the community, providing 10 per cent of annual profits to charities. Another focus is on diversity and hiring from a range of backgrounds, Vieira says.

“We look at people who maybe don’t speak English that well, that maybe other companies may have overlooked,” she says. “We want to make sure that we raise people up and support and champion their success.”

Wasserman says the positive managerial style engenders a positive work environment. She recalls how that was manifested during a trip in 2018, when the company flew the sales and marketing team to Pennsylvania for an annual meeting. During a stopover in Toronto, all flights got cancelled and the group was stranded at the airport for a chaotic day and through a night.

“It kind of was a nightmare, but it was also kind of super fun to just all be together in a non-work situation,” Wasserman says.

“We did it,” she says. “We were stuck there and we all still liked each other at the end. So I think we’re winning.”

Vidir Solutions, Inc. has been selected for The Career Directory, our guide to entry-level recruitment for recent college and university graduates. 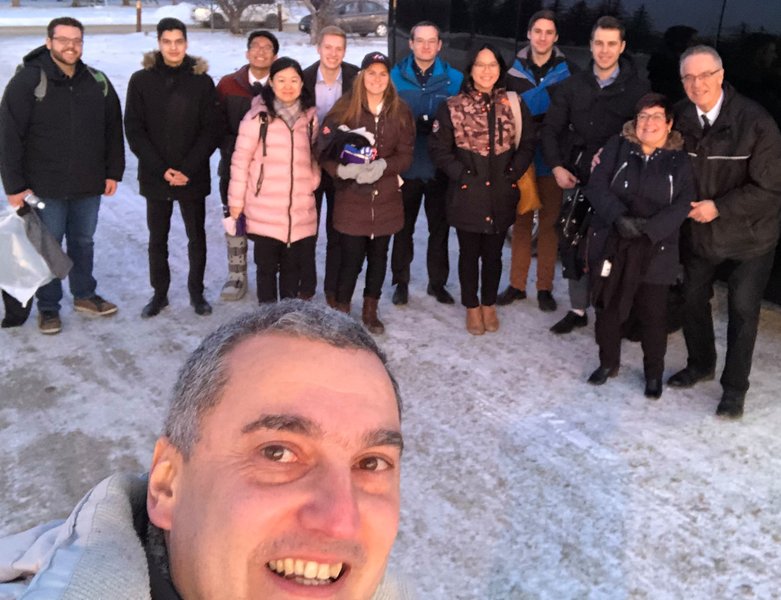 Vidir Solutions employees on Intern Day in 2020, with select students invited out to meet all directors, owners, the CEO and tour the facilities