Universities Canada employees at a staff retreat in 2019

Here are some of the reasons why Universities Canada / Universités Canada was selected as one of National Capital Region's Top Employers (2022): 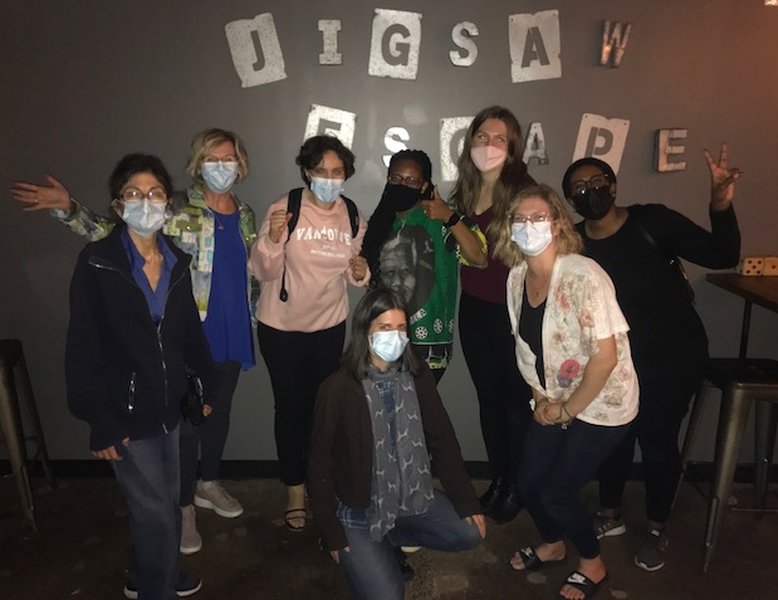 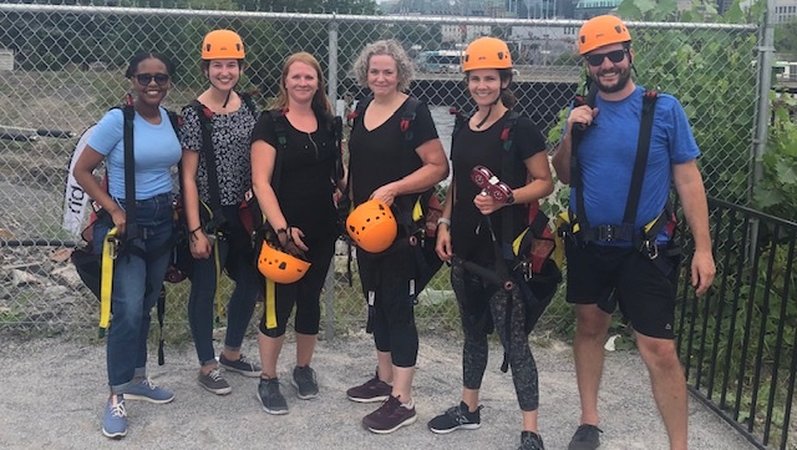 The Partnerships and Programs team at Universities Canada ziplining between provinces 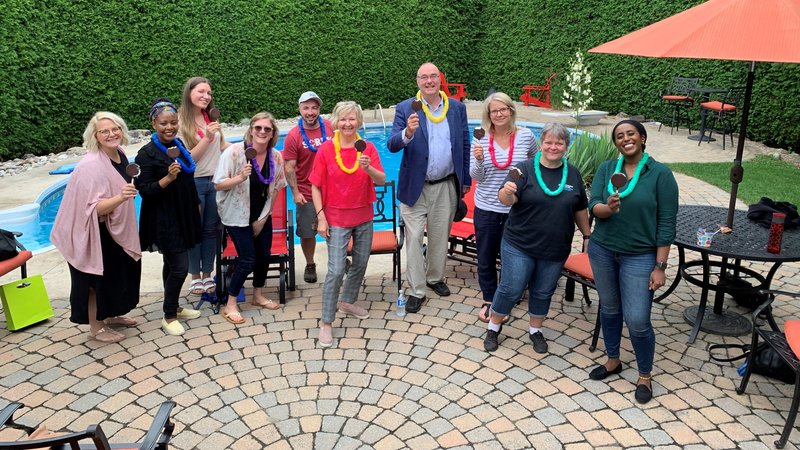 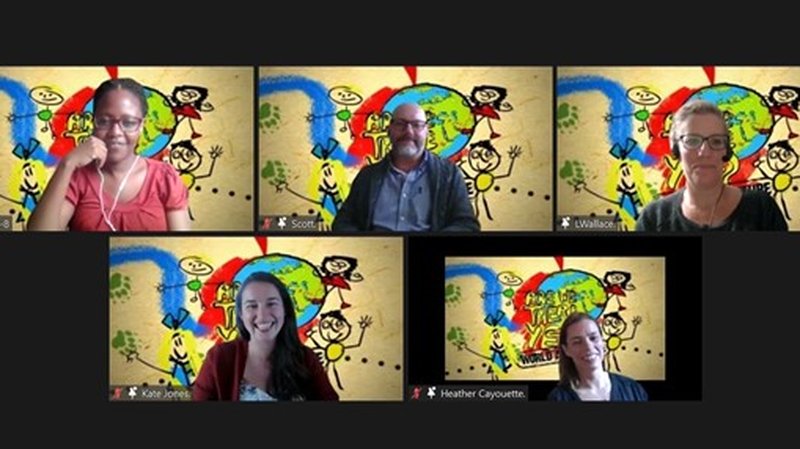 Good first impressions are challenging in a virtual setting, so Lebogang Mundeta was a little apprehensive about interviewing with Universities Canada last spring. Not only would it be for her first job in Canada, but the meeting was over Zoom.

“It’s hard to read the room when you can’t see people’s body language,” says Mundeta, who had recently relocated from South Africa. “The interview panel did a great job of making a connection between us. That helped a lot. It’s such a short time for people to get to know you, but it was well organized.”

Clearly, it went well: She was hired as a programs finance officer for the Ottawa-based organization which provides university presidents with a unified voice for higher education, research and innovation.

Now it was Universities Canada’s turn to make an impression. An all-virtual onboarding process came next, beginning with an email from IT telling her exactly what to expect on Day 1. Mundeta received her laptop the week before and her orientation ensured she could log in with everything needed.

“I was up and running by noon on my first day,” says Mundeta. “It was a smooth transition technologically and logistically. I also had meet and greets with all the teams I’d be working with, so I felt really welcomed.”

After a few training sessions with her manager, Mundeta was set, but work isn’t just about working. Getting a sense of the culture is critical.

“Right when I joined, our team was celebrating the launch of a new program, so ice cream arrived at my door for an informal ‘huddle up’ on Zoom,” says Mundeta. “Another time it was cookies, enough to share with my two young daughters who were learning from home at the time. Family home life is very much supported.

“As the world opens up again, we’ve had some in-person lunches and team-building events, such as ziplining, which was fantastic,” she says. “There’s a real ‘work hard, play hard’ vibe in the organization. They meet me where I need to be, so I’m happy.”

“Right before a staff meeting, the senior team will get online with newer staff to chat,” says Cayouette. “Showing that we’re a caring community is a big part, especially with new hires meeting all these new people virtually. So turning on the camera, being friendly and emphasizing they can reach out to us for questions are important.”

Throughout the pandemic, Cayouette says they’ve found ways to connect beyond work, from online games to coffee chats, to make things more fun. On the technical side, the organization’s digital transformation – envisioned just before the pandemic – is a point of pride.

“The pandemic pushed us to adapt more quickly to technology, but it’s actually helped improve how people work,” says Cayouette. “We can have ‘in person’ meetings using Teams or Zoom and created a chat platform called The Lounge – an interactive zone to talk, post pictures or share the latest book.

“We’ve become very creative in that sense, whether with The Lounge or events – such as a digital Emazing Race that was really fun – using the technology we’ve already got in place to keep that bond going. We’re probably a closer culture now than before, because we’re finding different ways to get to know each other.

“It’s such an exciting time because of the possibilities that come with this new normal – this new way of learning, working and interacting with each other. I see this whole experience as an opportunity.”

This article appeared in the magazine announcing this year's National Capital Region's Top Employers winners, published February 1, 2022 in the Ottawa Citizen. This article was prepared with the financial support of the employer, which reviewed but did not write its contents.

Universities Canada / Universités Canada has been selected for The Career Directory, our guide to entry-level recruitment for recent college and university graduates.