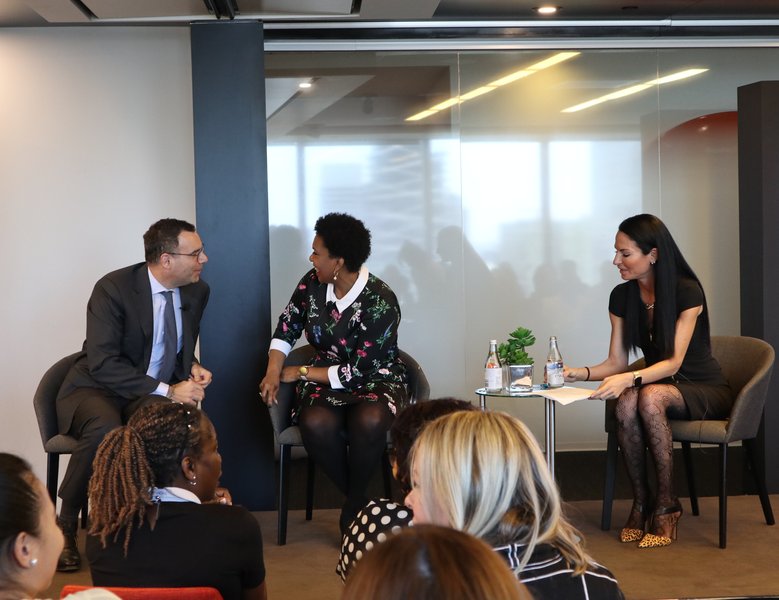 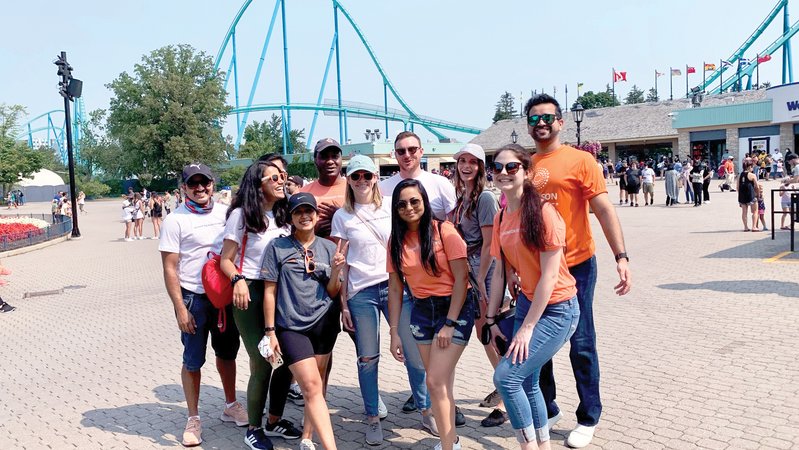 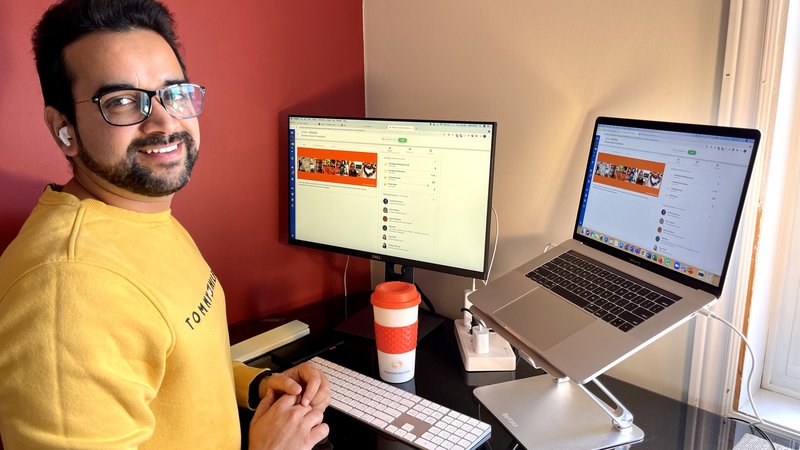 Thomson Reuters has supported employees throughout the pandemic 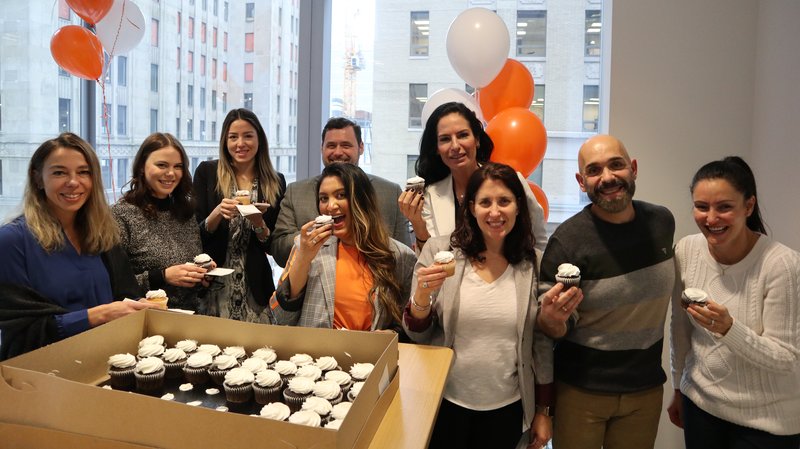 Employees celebrating at the Thomson Reuters office in Toronto 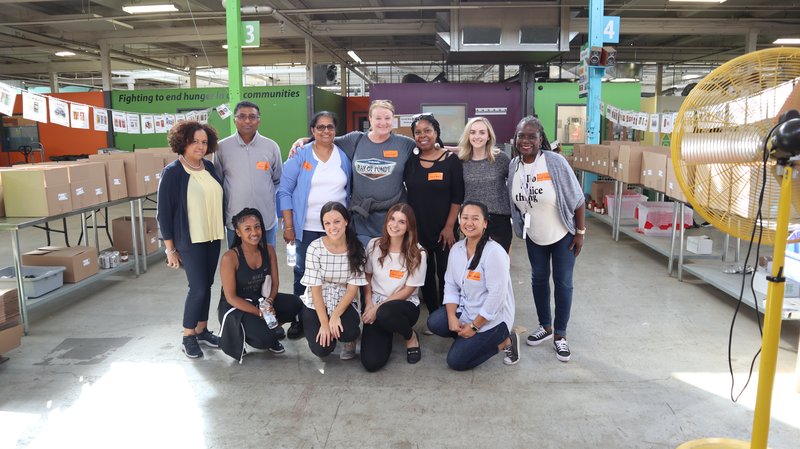 A team of Thomson Reuters employees giving back to their community 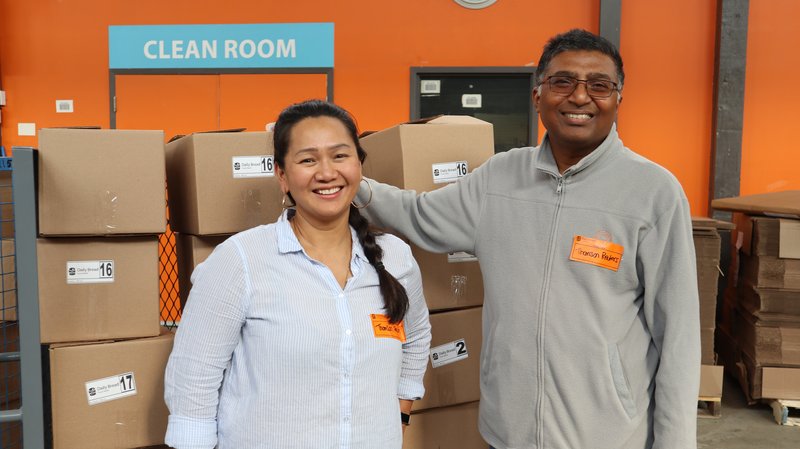 Thomson Reuters keeps its people on the cutting edge

How do you attract and retain the most talented technologists and other professionals in a very tight market? At media and technology company Thomson Reuters, a big part of the strategy has been to offer recruits a myriad of opportunities to advance and learn – while ensuring their voices will be heard and trusted.

That’s certainly been the case for Amy Gelowitz, a lead software engineer at Thomson Reuters in Toronto. The University of Calgary graduate, whose team supports tax and accounting solutions for corporate clients, has risen quickly to a team leader position in just four years.

Gelowitz is excited to be working in a large, global company with a strong mentorship program and many opportunities to move around – and up. She also appreciates the resources she can access to continue to learn and stay on the cutting edge in technology.

But she was particularly heartened by the way her managers recognized her successes and pushed for her quick promotion to team leader.

“They saw that I was already leading a lot of things because I’m just bossy,” Gelowitz says with a chuckle. “And having the team fight for me to get that position, even though it’s not a typical career path, was really great.”

To attract top talent in this very competitive sector, the content-driven technology company has to ensure it remains a leader in providing great career opportunities, says Mary Alice Vuicic, chief people officer. It also has to provide learning and skill-building resources, and have leaders who are taught how to coach and develop people. She says success in all those areas creates a virtuous cycle.

“We work in the knowledge economy solving incredibly complex problems for our customers,” Vuicic says. “We attract really talented people who want to work with other talented people on a global team doing important impactful work.”

Thomson Reuters is also focused on boosting its diversity, and has targets to increase the number of women and racial and ethnic representation in senior leadership roles. For instance, the company has already surpassed its objective to have 40 per cent of senior roles held by women, and has set a new goal of reaching 45 per cent, Vuicic says.

Another company-wide priority is wellness and mental-health programs. Those have been ratcheted up amid the pandemic and will continue, Vuicic says. That include two mental health days annually and investments in new tools and systems for employees to assess their mental health and to support their team members.

Gelowitz commends the company’s efforts to ensure a proper work-life balance for people working from home. She also appreciates Thomson Reuters for its social impact projects. She has already done four or five volunteering stints. “It's nice to be able to give back so frequently without having to worry about taking time off,” she says.

And it’s rewarding too. Gelowitz recalls volunteering to teach a STEM (science, technology, engineering and mathematics) course at a Toronto school that was attended by one of her nieces. “She thinks I’m super cool, even though her dads are engineers too, because I’m a girl engineer,” Gelowitz says with a smile. 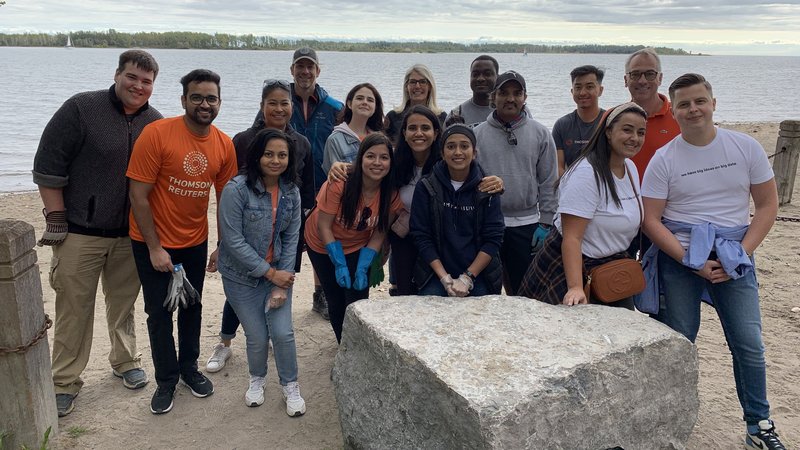 A lot of things have gone right since Saurabh Koparkar began work at media and technology giant Thomson Reuters three years ago. But one moment stands out. “It was really when I asked to be transferred to Canada,” says Koparkar, a user-experience lead in software product design. “The immediate answer that my manager gave was, yes.” There was no hemming and hawing. “It was more like, yeah, sure. When do you need this? For me personally, that was very positive.”

The experience, and the support he received to facilitate every aspect of his move from Ann Arbor, Mich., to Toronto crystallized in Koparkar’s mind the notion that Thomson Reuters highly values its employees and will do whatever is needed to help them succeed.

His managers, for instance, have given him ample opportunities to grow his career. India-born Koparkar began as a contractor, was hired full-time a year later, and was promoted a year after that to UX lead product design thanks, he says, to supportive leaders who are proactive in developing talent.

The specialist in tax and accounting software has also been impressed by the work-life balance he’s been able to maintain at Thomson Reuters, even as his career expanded. He has plenty of work to keep him busy, but is never pressured to start early or to be available typically after 5:30 p.m. He’s also been encouraged to try new things, and to grow his expertise in the areas he’s most interested in.

And he felt supported during COVID-19 because the company took care of many of the logistics of his move to Toronto, and even gave him extra vacation days.

He was also impressed with the way the company kept workers connected during the pandemic.

“One of the best things was that we were immediately given the software and tools needed to collaborate remotely,” Koparkar says. “There really are no blackout zones in the communication, even though we are all remote.”

Toronto-based Thomson Reuters is one of the world’s largest providers of news and business information services, offering content-driven software and tools for legal, accounting and tax professionals. It has employees in over 70 countries, including over 1,100 in the Greater Toronto Area.

"We have people around the globe,” says Mary Alice Vuicic, chief people officer, “so it’s critical for us to maintain a high level of connectivity and communication.”

That’s been taken up a notch as COVID-19 forced most employees to work from home. Another aspect of the company’s pandemic response has been to place an even greater emphasis on mental health and wellness. For example, the company provides all employees with two mental health days off every year on top of a range of other supports.

Demand for “really talented people” is rising, says Vuicic, who is based in Toronto, so companies need to create environments to attract top talent – especially in the tech space.

“People want to continue to be able to build their skills and solve new sets of problems,” she says. “At Thomson Reuters, we are passionate about growing our people, and our people are highly valued.”

Koparkar says he has gotten lots of good feedback during discussions with managers – and their managers.

“The ‘distance to power’ ratio is small,” he says. “You don’t have to seek approvals through many levels to go higher up. I’ve had very frank and open conversations with my manager’s leadership.”

Product design is seen as having strategic importance to Thomson Reuters, an idea that is constantly reinforced by top executives.

“I do feel what I’m doing is valued,” Koparkar says.

Thomson Reuters Canada Limited has been selected for The Career Directory, our guide to entry-level recruitment for recent college and university graduates. 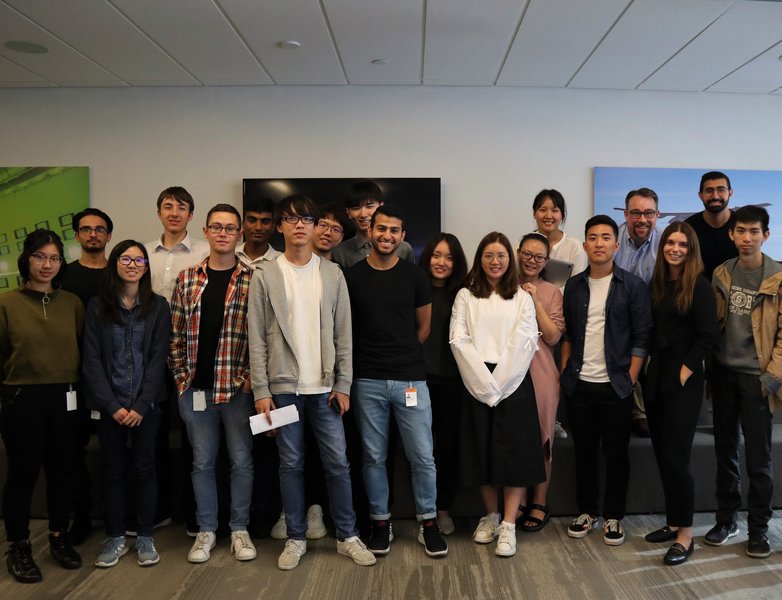