Here are some of the reasons why TransLink (South Coast British Columbia Transportation Authority) was selected as one of BC's Top Employers (2022): 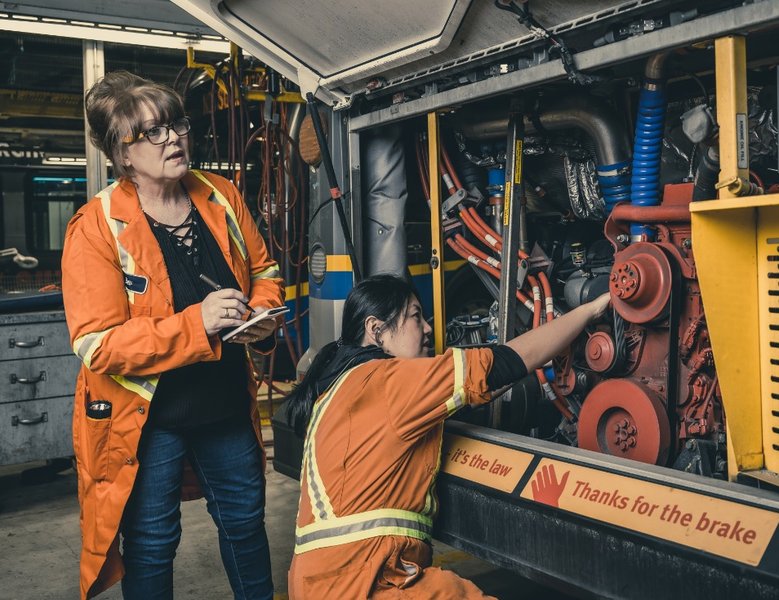 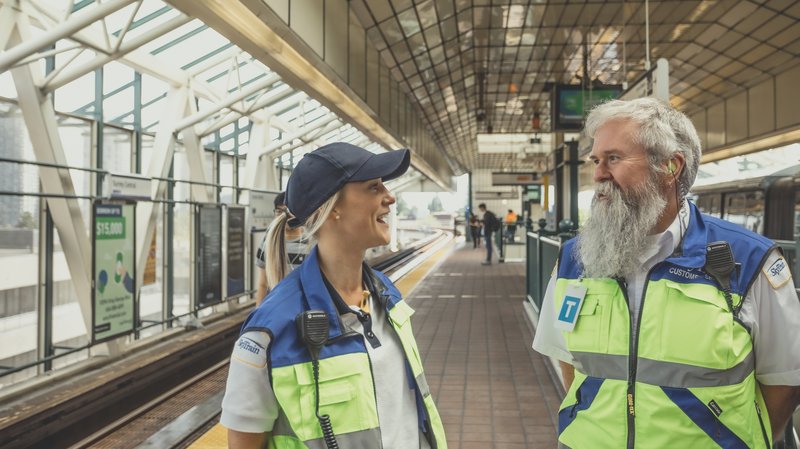 TransLink's SkyTrain attendants at one of their stations 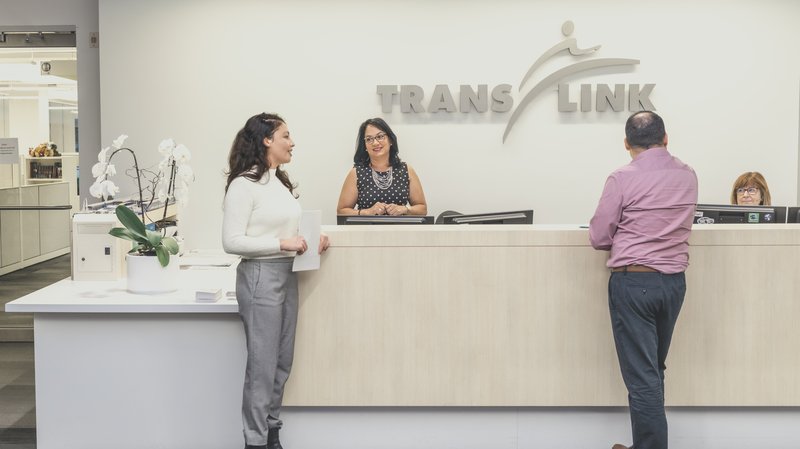 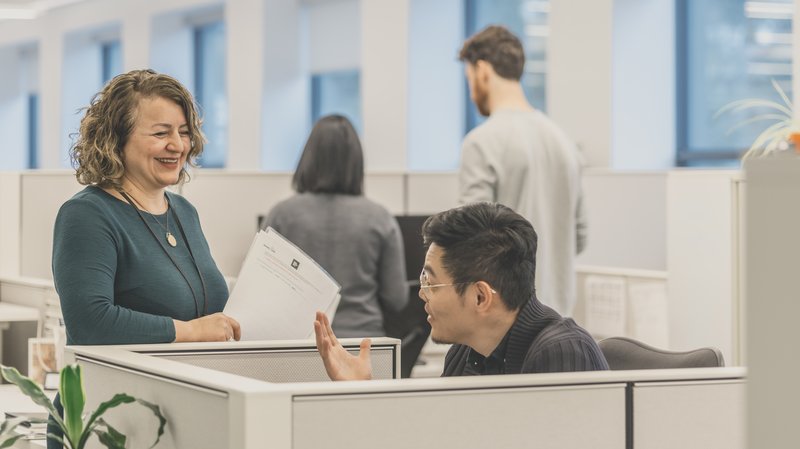 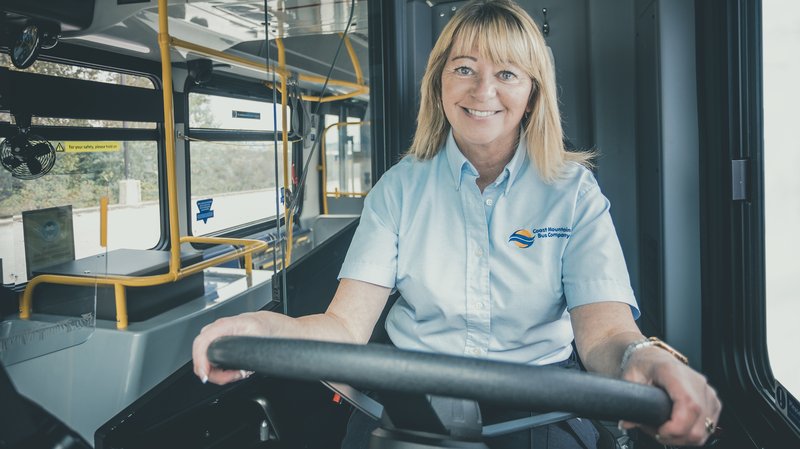 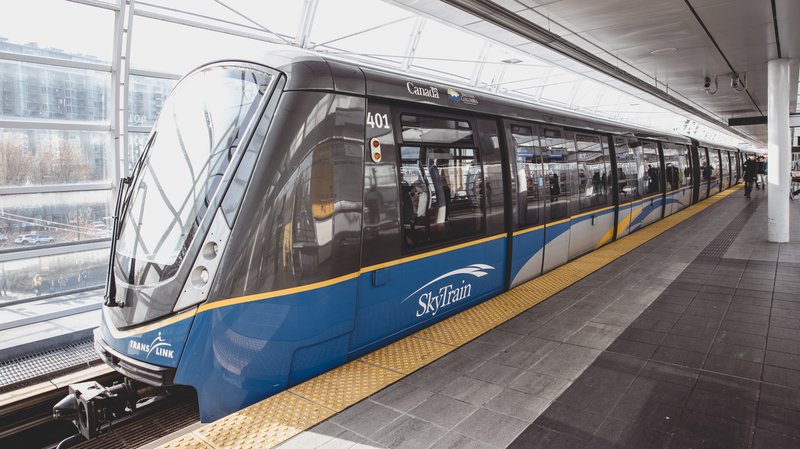 Ralf Nielsen faced a number of challenges when he started his job as director of enterprise sustainability at New Westminster-based TransLink (South Coast British Columbia Transit Authority) in the middle of the pandemic.

As well as the larger task of helping to make TransLink’s public transit operations for Greater Vancouver – which include a network of buses as well as the SeaBus passenger ferry, SkyTrain and the West Coast Express commuter rail – greener and more efficient, Nielsen faced more immediate challenges, like settling in to his new role and getting to know his colleagues while working from home. But he was encouraged by the amount of support he received.

“TransLink does a great job of giving me the tools, techniques and training I need,” he says.

“When I joined, people would either start or end a meeting with me by saying, ‘How can I help you?’ It’s awesome to come into an organization where people want to put their virtual arms around you and ask how they can help you be more successful. It’s been fantastic.”

Environmental officer Kevin Matsuo, who works for BC Rapid Transit Company, a subsidiary of TransLink that oversees SkyTrain, echoes Nielsen’s appreciation for the supportive culture, saying the main reason he enjoys his work is his team. “We have about 15 people in the safety department, and we’re a unit,” he says. “When one person struggles, we know how to collectively help each other to overcome that. And it’s a fun environment to work in.”

Matsuo also values the support he’s received in his professional development. “They give you an opportunity to grow your career,” he says, “and they provide classes to take so you can be a more effective employee.”

In Matsuo’s case, that has included training to help him make better presentations, as well as more specific courses related to his role. “I look for courses that will make me more effective in my position,” he says. “For example, I took an auditing course, so now I can audit our environmental management system, look for gaps and make sure we’re compliant.”

Matsuo has recently expanded his role to encompass emergency management, so he’s been taking courses in that field as well. “It’s all paid for, which is a huge thing for me,” he says. “And now I’m slowly being exposed to the emergency management side of the company.”

Nielsen has also been able to take advantage of TransLink’s suite of professional development programs. “I participated in a three-hour workshop on negotiation and working toward agreement, and some great materials and techniques came out of that,” he says. “I also did a full-day workshop on strategic thinking, which was really helpful – I’m using those techniques already.”

But for Nielsen, the most important thing is to work for a company whose values are aligned with his own. “I’ve been impressed with the openness of the leadership team at all levels of management,” he says. “And there’s an alignment with Planning and Policy and Communications and Public Affairs based on this ethic that everybody shares – we’re all trying to do the right thing for the people in the region.”

Here are some of the reasons why TransLink (South Coast British Columbia Transportation Authority) was selected as one of Canada's Greenest Employers (2022): 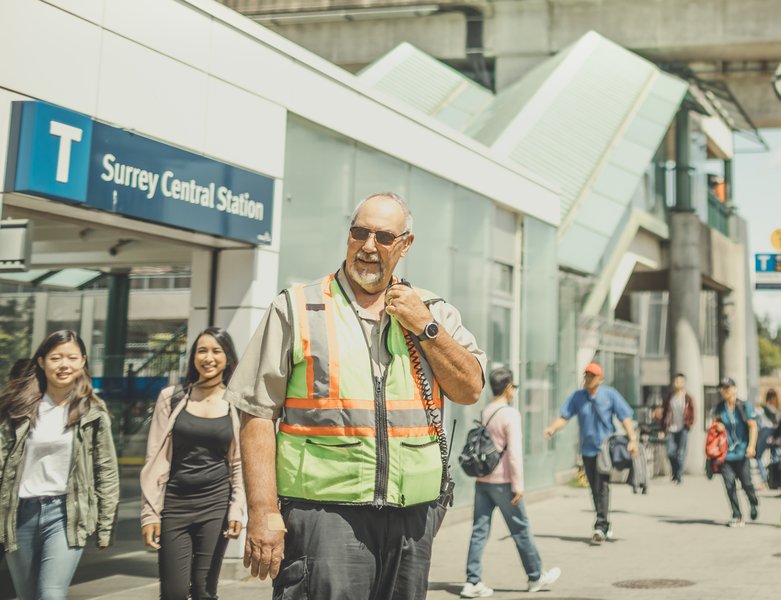 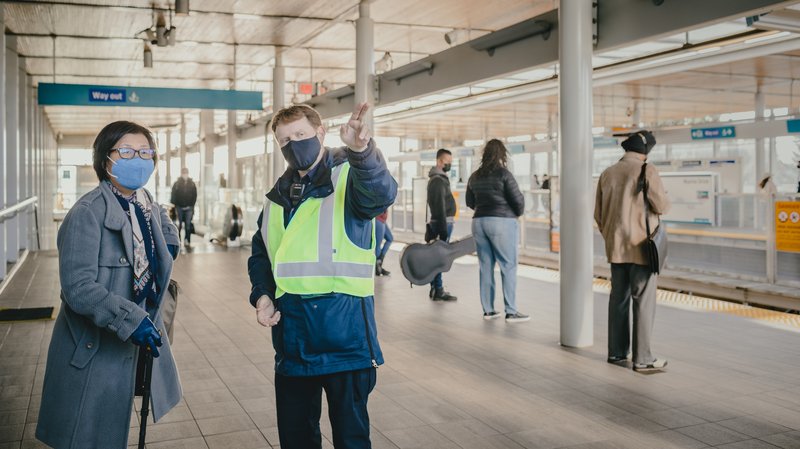 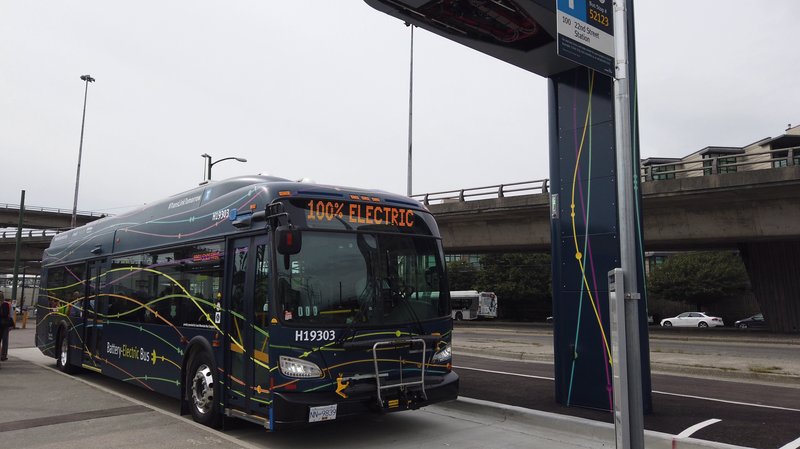 One of Translink's 100 per cent electric buses from its fleet 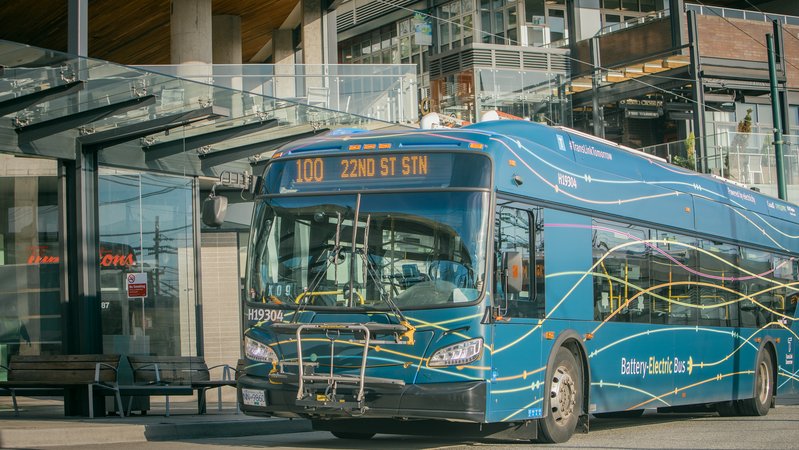 TransLink is in smooth transit to sustainability

In his 19 years of employment at Coast Mountain Bus Company (CMBC), a division of New Westminster, B.C.-based TransLink (South Coast British Columbia Transit Authority), Derek Stewart has seen a lot of changes in the way people think about sustainability.

“When I started as an environmental officer, it wasn’t a mainstream idea – we really had to push to get people to buy in to our recycling and energy-saving programs,” says Stewart. “Now, people want to know how sustainable you are as an organization before they come to work for you. It’s been a beautiful shift.”

As director of safety, environment and emergency management for CMBC, Stewart has overseen a range of environmental programs for the company over the years, including the changeover in its fleet of buses from diesel to hybrid and, more recently, electric vehicles.

“We’ve seen a gradual shift toward cleaner, more efficient technologies,” he says. “Moving to hybrids was a big jump because they cost a lot more to purchase, but they save about a third of the diesel consumption. And we’ve recently started to see more electric vehicles, although about 250 of our 1,800 buses are trolleys that have always run on electricity.”

Shifting toward cleaner technologies is part of TransLink’s Climate Action Strategy, which has a bold goal to achieve net-zero greenhouse gas emissions by 2050. The company also conducts waste audits to look for recycling opportunities and works on ways to improve sustainability in packaging and parts procurement.

As well, TransLink is continuously renovating its buildings to improve the energy efficiency of their lighting, heating and cooling systems. At CMBC, they recently introduced a new method of capturing and using waste heat.

“When you have a large building filled with buses being repaired, you need a level of air exchange,” says Stewart. “If you do it the traditional way, you’re pumping warm air out, sucking cold air in and then having to heat it, which is not very efficient. We’ve retrofitted two facilities with heat exchangers that pull the heat out of the warm air and transfer it to the incoming air, which reduces the heating load for the building.”

Teser Wong, a senior safety advisor at BC’s Rapid Transit Company, a subsidiary of TransLink that operates SkyTrain, is proud of the organization’s innovative electric trains. “They don’t produce any greenhouse gases,” she says. “It’s a really good system. We have companies from around the world coming to learn about it.”

Wong also admires TransLink’s emphasis on embracing technology to improve efficiency. “It’s a very dynamic work environment, with lots of challenges and opportunities,” she says. “As the technology changes, we have to change with it in order to increase our services and update the system to make it even more efficient. I’ve been here for four years, and I’m still learning.”

For Stewart, every action the company makes can contribute to the goal of improving sustainability. “We’re helping to move people in an efficient way, and we also get the opportunity to make the company more energy-efficient and clean,” he says. “Working in public transit is amazing because you’re part of the solution every single day.”

This article appeared in the magazine announcing this year's Canada's Greenest Employers winners, published April 20, 2022 in The Globe and Mail. This article was prepared with the financial support of the employer, which reviewed but did not write its contents.

TransLink (South Coast British Columbia Transportation Authority) has been selected for The Career Directory, our guide to entry-level recruitment for recent college and university graduates. 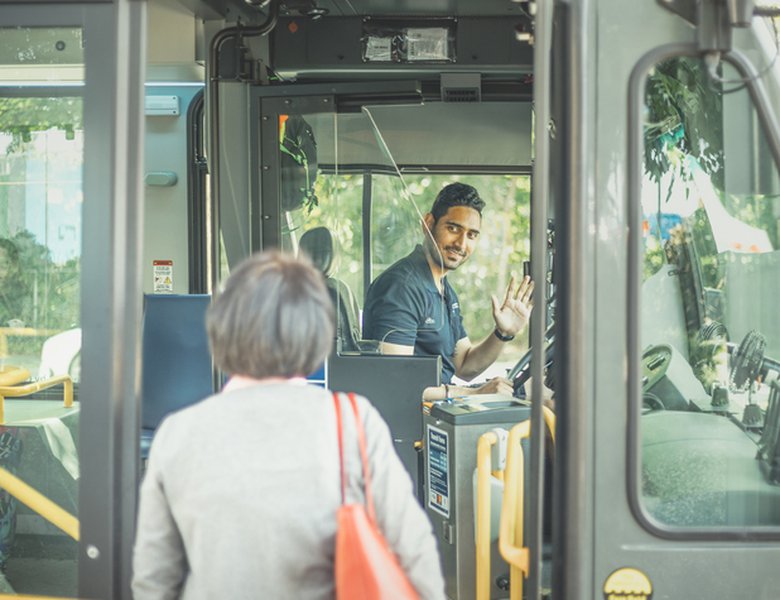 A TransLink driver greets a passenger