Here are some of the reasons why SkipTheDishes Restaurant Services Inc. was selected as one of Manitoba's Top Employers (2022): 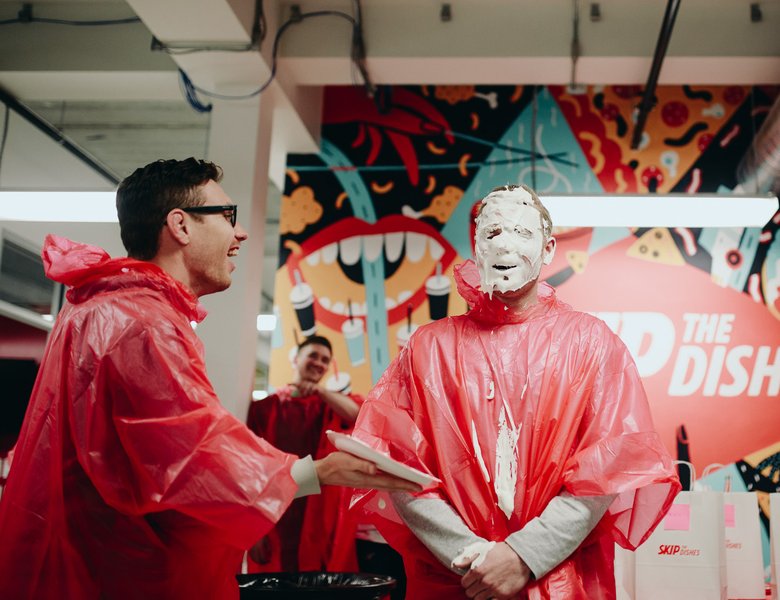 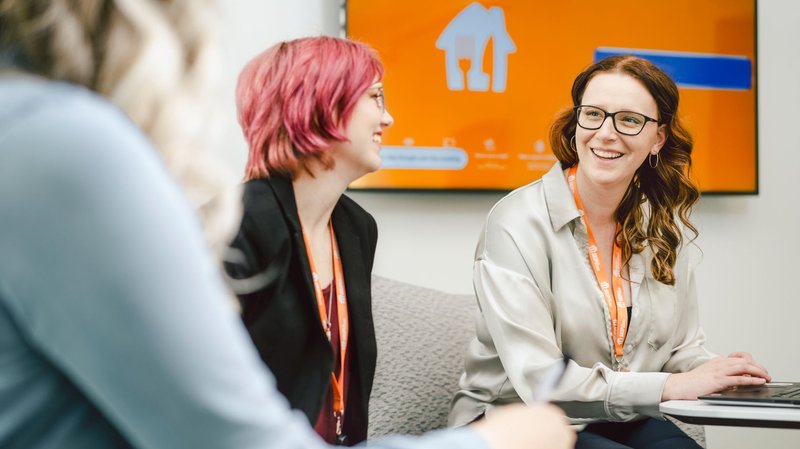 SkipTheDishes employees working together at their head office in Winnipeg 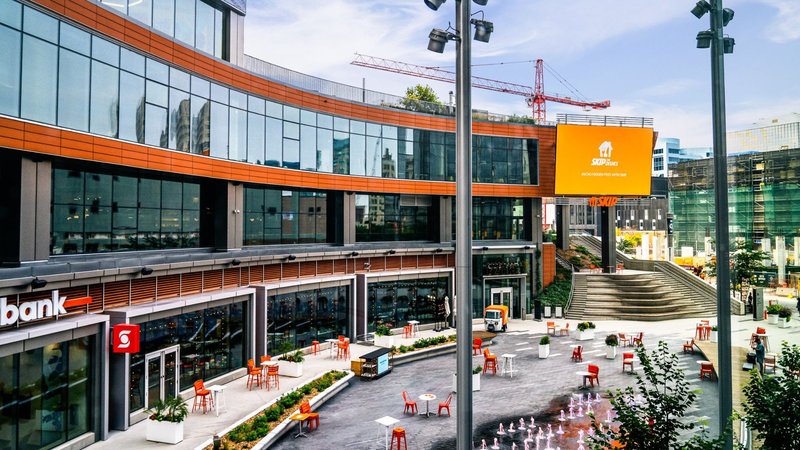 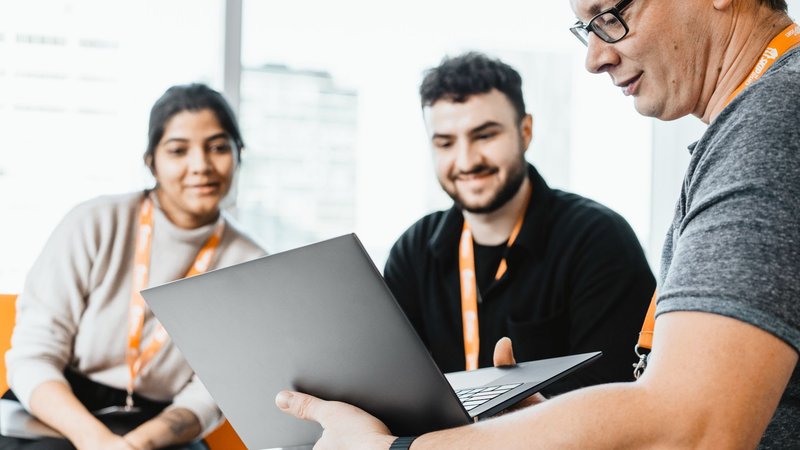 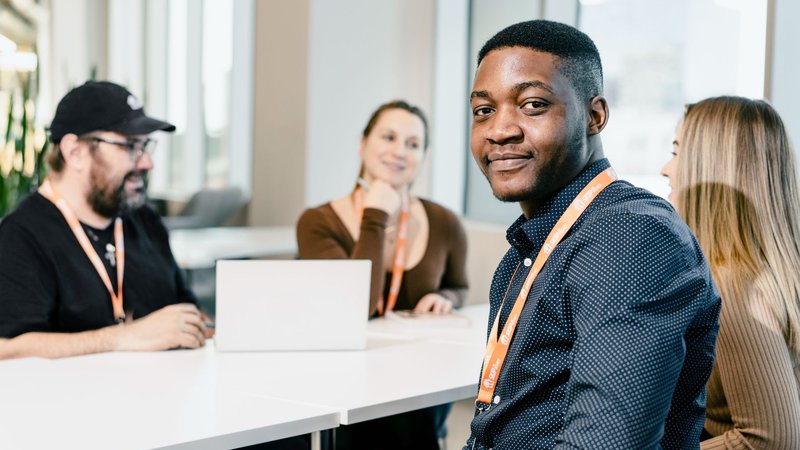 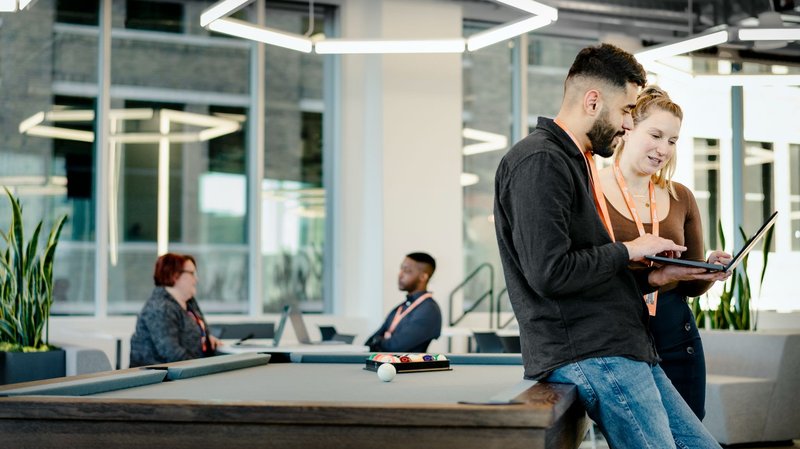 SkipTheDishes makes sure success is a team effort

Ask Dean Lytle about his role at SkipTheDishes, and the former football player sums it up with a sports analogy. “I like to tell my team my role is to clear the way for them to do the great job that they do,” says the Winnipeg-based director of corporate partnerships.

Lytle, who in physical stature and positive energy is anything but little, brings years of experience in guiding teammates to success. He spent the first part of his career playing professional football, including a stint in the late 1990s as a fullback with the Winnipeg Blue Bombers.

At the food delivery network, Lytle’s goal of clearing the path is part of a culture of ensuring every employee has a chance to contribute to the company. That means keeping the organizational structure flat, encouraging employees to get involved in all aspects of the business and giving everyone a strong voice, including those on the front lines.

“We’re entrepreneurial and we allow our people to be such at every level,” Lytle says. “Your title doesn’t matter – whoever you are, any level, any suggestion that you have is taken seriously. We also have a leadership team that really cares about employees both locally at Skip and as an overall organization.”

Founded in 2012, SkipTheDishes is a logistics and technology company that helps its restaurant partners deliver food to customers through an extensive courier network. Now a division of Amsterdam-based Just Eat Takeaway.com, Skip is headquartered in Winnipeg with additional offices in Toronto, Calgary and Saskatoon. Its sister U.S. company is Grubhub.

“We’re a global company, so there’s lots of opportunity to be exposed to different markets, to different countries, different cultures and ways of working,” Lytle says.

The global exposure is “a competitive advantage,” particularly for attracting and retaining top tech talent, says Geoff Ryan, Skip’s chief people officer. Many of Skip’s team members often work with their counterparts in other parts of the world, and some have even taken their careers to other countries where Just Eat Takeaway.com operates, like Europe and Australia.

Plus, while Skip’s technology is designed in Winnipeg, key parts of it have been taken up elsewhere, such as in the U.K., Italy, Australia and New Zealand, Ryan says. That’s a point of pride for the team based in Canada.

“That’s what engages the population to say, this is a global business that started on the Prairies,” he says.

Skip also works hard to get the basics right in terms of compensation and benefits, Ryan says. Each year, for instance, it reviews salary scales across the country to ensure its pay packages are competitive. It also has a popular Skip Credits program, which gives employees credits each month they can use to order off the company platform.

Another perk is access to all kinds of employee-development initiatives, from on-the-job tech training to leadership programs that set out to tackle ongoing company issues.

Lytle says the company philosophy of taking care of its employees is dynamic. As an example, he points to Skip’s response to the George Floyd murder in 2020. Because “people were hurting, people needed answers,” CEO Kevin Edwards put together a BIPOC (Black, Indigenous and People of Colour) committee to educate and support employees internally.

Edwards made the committee a company priority and came to “every single meeting,” Lytle says.

By caring for its employees and establishing a culture of collaboration, Skip has set up an environment that generates employee satisfaction and success, Lytle says.

“It’s a true team environment where we win as a team,” he says.