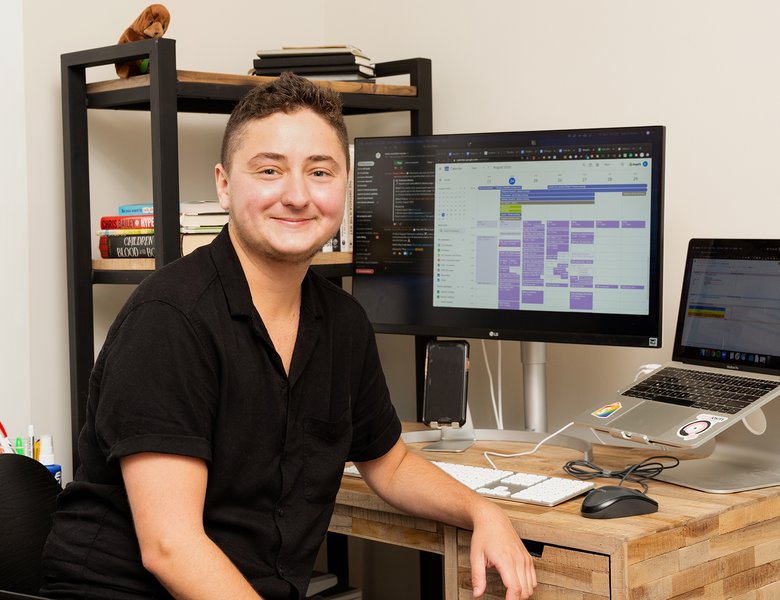 A Shopify employee works from their home office 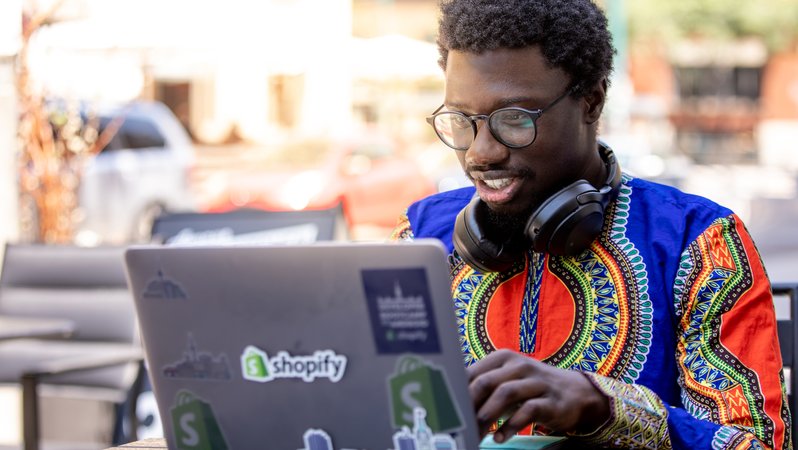 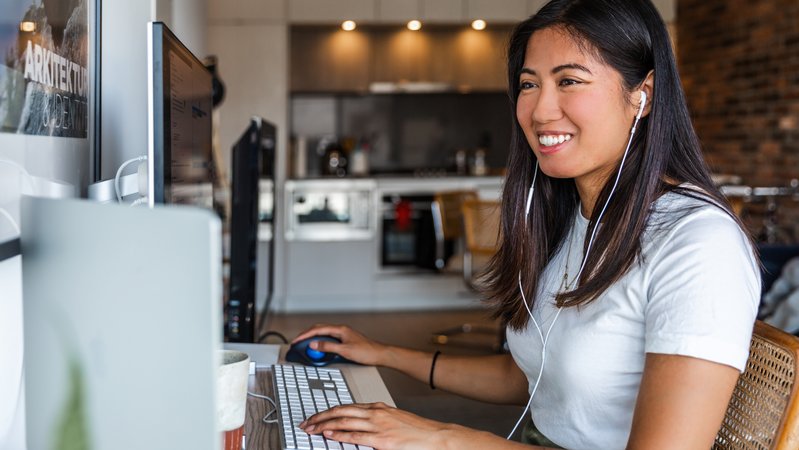 A Shopify employee working from the home office

If you want to get an idea of what’s different about working at Canada-born global commerce company Shopify Inc., consider Nova Nicole. To begin with, Nicole herself is a bit different than your usual corporate employee, or even your usual tech-company employee.

For much of her life, she was involved in the music industry, mainly hip-hop, in Toronto and Los Angeles, and worked closely with major artists like Kanye West. Along the way she became a Buddhist and got into mindfulness and meditation. That led to a new career in motivational public speaking, consulting and wellness training. And that ultimately led to Shopify – which offers an all-in-one commerce platform for business owners and entrepreneurs – and to her job coaching leaders on how to approach their decision-making in a more holistic way.

“This is a really special place,” says Nicole. “From the first interaction I had, which was leading a wellness retreat for Shopify’s top women merchants in Canada, I just felt a real feeling of love and care and thoughtfulness in everything they do. There is a real people-centred approach to this place.”

Nicole joined full-time a year ago as a leadership development facilitator, and focuses her expertise on a program called Leading Yourself. “When I started working here, people would ask, what’s it like? And I would say, every person I meet here is the smartest person I’ve ever met,” she says. “It’s honestly the best people.”

The reason, she explains, is Shopify’s openness. “They don’t hire you to fit a role, they look at what you can bring to that role considering all of the transferable skills you bring from your entire life. For me, it was an hour-long, ‘Life Story’ interview, as they call it. They want to know everything about you.

“It’s just such a progressive company,” she adds. “And the fact that they had an in-house coaching team and they were prioritizing personal development for their leaders – it felt like such a perfect fit.”

Now she has her work cut out at the fast-growing, Ottawa-headquartered company, which in early 2020 became Canada’s largest by market capitalization. Some 30 per cent of the workforce has joined in the past year. Needless to say, ecommerce took off during the pandemic, and Shopify revenue has soared as more merchants and entrepreneurs go online.

That demand is the mission that drives Shopify people, says Tammy Connelly, director of talent acquisition. “More businesses have survived and more people are employed during these very difficult times because Shopify exists,” she says. “It’s pretty easy to get up every morning and do our work when we understand the impact we’re having.”

As the pandemic took hold, Shopify made news again in May by announcing its “Digital by Default” policy for employees, under which its offices would remain closed until 2021 and everyone would work remotely. Home-office allowances were generous: $1,000 to start, followed by a later $1,200 top-up, for all employees. Connelly expects Digital by Default to remain the ideal, with the future of Shopify’s reopened offices continuing to be decided.

And all that growth means Shopify is recruiting developers, UX designers, data scientists, product managers and more, across Canada and around the world. What kind of individuals is it looking for? “Because the problems we’re solving aren’t really being solved anywhere else right now, we’re looking for folks that can tackle a unique new problem and get excited about it,” says Connelly. “We’re looking for folks that have had experiences – some might be life experiences, some may be specific work experiences – that allow them to thrive in a very experiment-driven, constantly changing environment.” Just ask Nova Nicole. 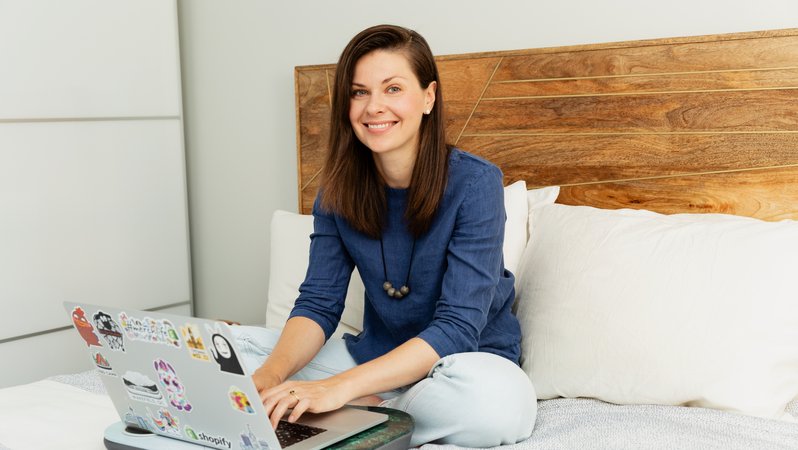 Early in the pandemic, Shopify announced a 'digital by default' policy clearing the way for all employees to work from home 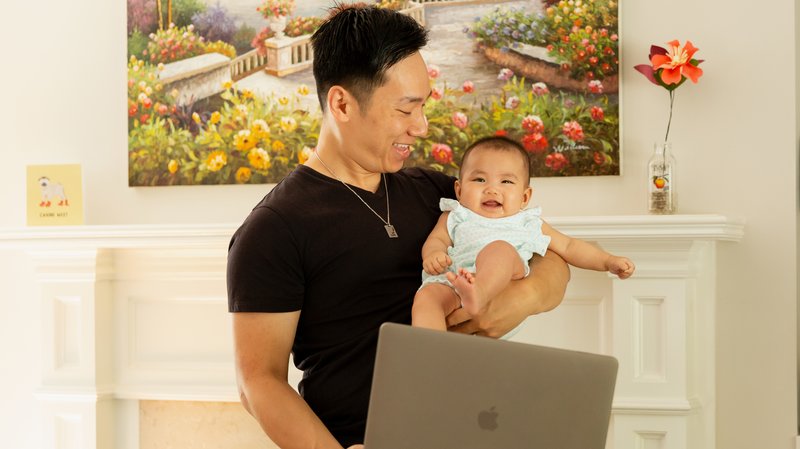 At Shopify, your life story may help you succeed

You could say Dom DeWolfe danced his way to a job with Shopify Inc.

How so? It helps to understand the way the fast-growing, Ottawa-based global commerce platform goes about hiring people, and senior developer DeWolfe’s story is an ideal illustration.

As a kid, he liked computers. But he also suffered from dyslexia, and his mom learned that ballet classes could be good therapy. DeWolfe grew to love the art form, and ended up dancing with the Royal Winnipeg Ballet, the Ottawa Ballet and several other companies – until he hit his 30s and his career was effectively over. “The problem of being a dancer is that it's very athletic,” he notes. “My knees were done.”

So he returned to his first interest, computers. He took some math courses to augment his arts degree, taught himself to code and, after a few jobs in software, applied at Shopify in 2018. And that’s where his unusual career track was an advantage.

A celebrated aspect of the Shopify hiring process is the “life story” interview, in which recruiters go deeply into a candidate’s background. “I had a different story than a lot of the people who apply,” says DeWolfe. “Shopify hires for future potential. Their mentality is, ‘we see that you have value, you could become a great addition to our team, and we’re going to give you a chance.’ I think that’s kind of special.”

DeWolfe says the approach makes sense: ballet gave him a highly disciplined work ethic, and he has always been a tenacious problem solver. Even then, the life story interview was only one of some five major meetings he had before he was finally hired.

“This is the diversity of identities and lived experiences that people bring to Shopify,” says Prasanna Ranganathan, diversity & belonging lead. “We have people who were artists and engineers, or worked in science. I was a government lawyer – I think I had five meetings, too. It’s a rigorous interview process, where we learn both about applicants’ technical skills and about what makes them come alive.”

Shopify, he says, is a mission-driven organization, intent on “making commerce better for everyone.” Employees are actually encouraged to have side businesses, such as selling crafts online, so they can better understand the merchant experience and ultimately their own products. “What we find is that when people engage in entrepreneurship, they deeply understand the issues that need to be addressed,” he says.

Shopify Inc. has been selected for The Career Directory, our guide to entry-level recruitment for recent college and university graduates. 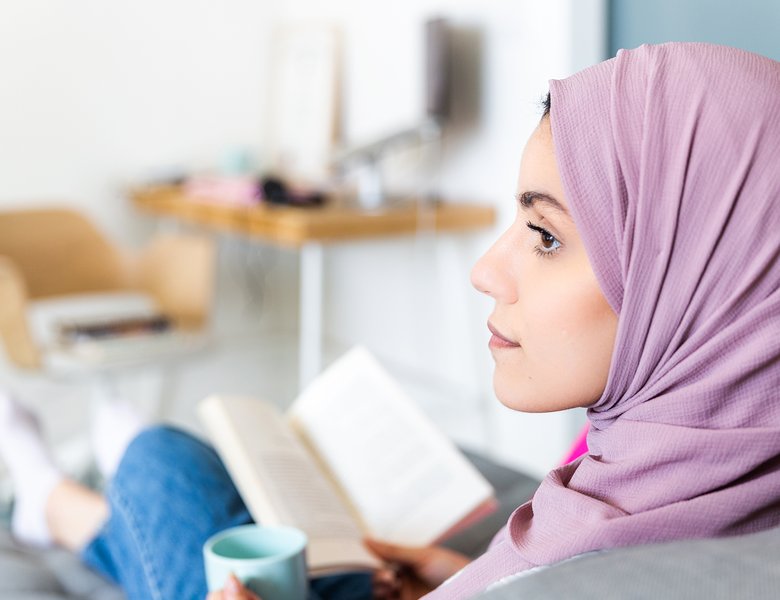 Shopify employee takes a break while working from home