Here are some of the reasons why Rogers Insurance Ltd. was selected as one of Alberta's Top Employers (2022): 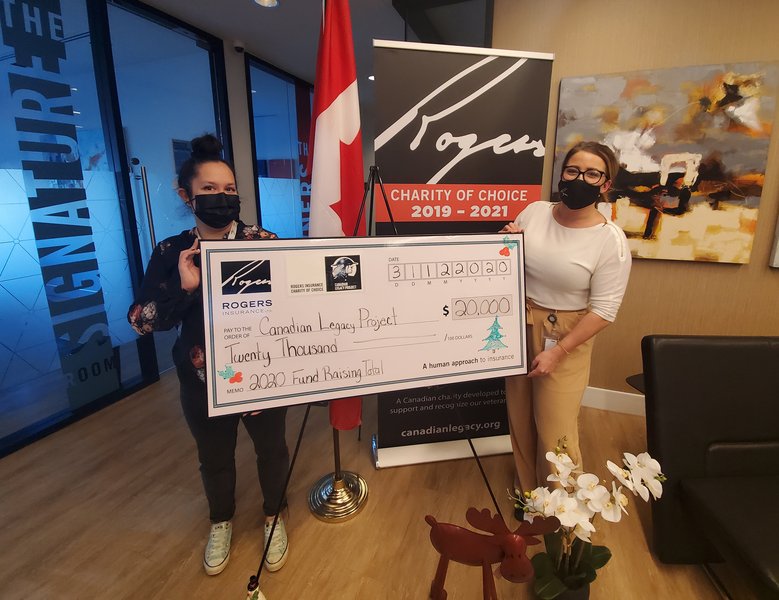 Staff members of Rogers Insurance's charity committee present a cheque to the Canadian Legacy Project, the organization's charity of choice

Here are some of the reasons why Rogers Insurance Ltd. was selected as one of Canada's Top Small & Medium Employers (2021): 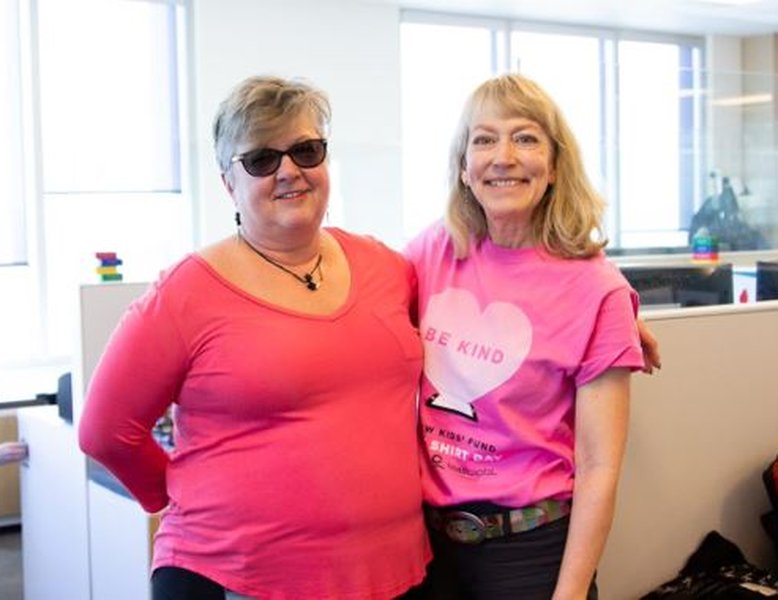 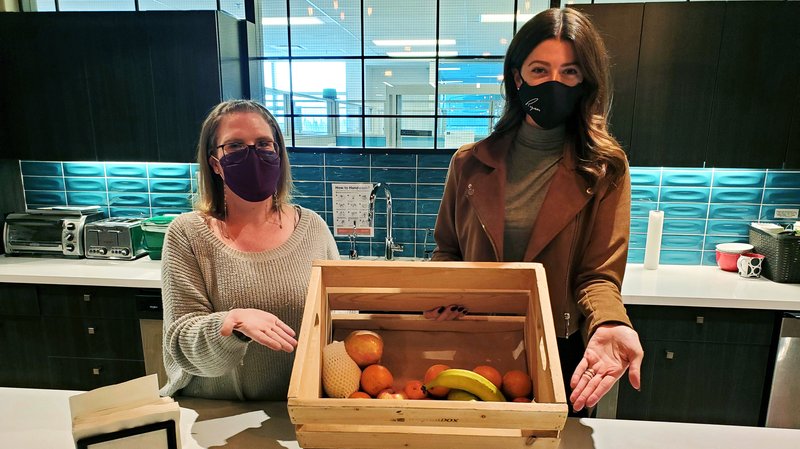 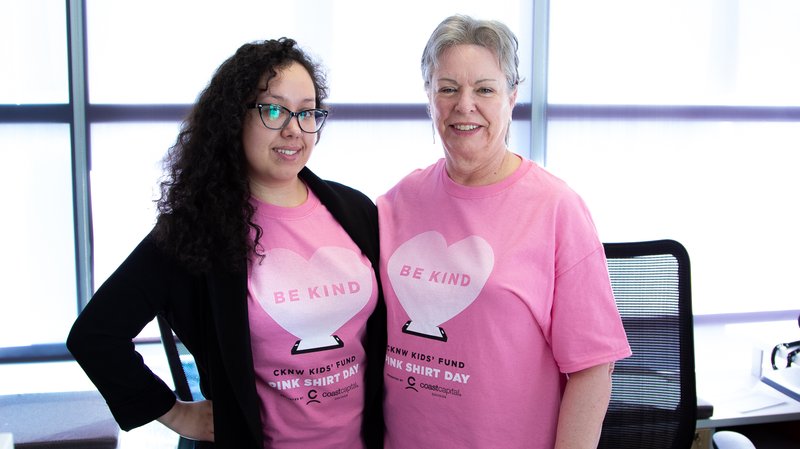 Rogers Insurance employees with a wellness surprise from HR 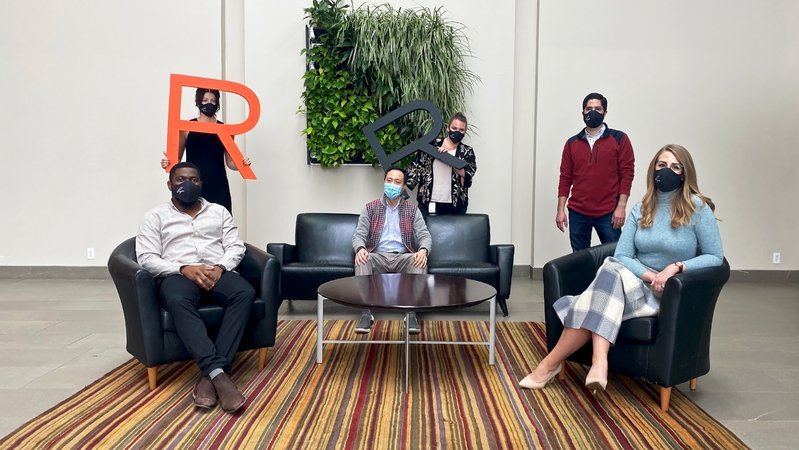 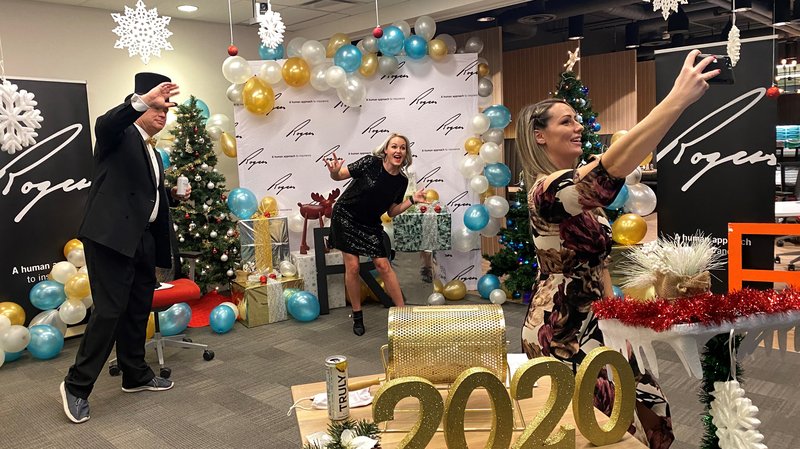 Rogers Insurance puts the ‘fun it’ into the workplace

Prior to the COVID-19 pandemic, Calgary-based Rogers Insurance prided itself on providing a very sociable, fun-based workplace culture.

The committee that organizes most of the office’s social activities is the aptly named “fun squad.” On Halloween, employees would dress in costume and participate in haunted house competitions. On Valentine’s Day, there would be an on-site “candy bar.”

The biggest celebration of the year was the annual Christmas party, held over two days in Kananaskis Provincial Park, in the heart of the Canadian Rockies.

The pandemic tempered most of these activities, replacing them with virtual get-togethers. Through it all, though, the fun squad and others continued to inject some levity.

For example, one team group decided that, once a week, they would dress up for their regular Zoom business meeting.

“We had a different theme each week,” explains Aliya Daya, new business specialist with Rogers Insurance. “One week, everyone dressed up as their favourite character from the TV show Tiger King. Another time, everyone wore their favorite colour; one person showed up as a rainbow.”

Still, it’s not been quite the same as when all 200 head office employees assembled in the Calgary headquarters.

“I miss the people,” says Lindsay Mather, vice president, human resources, who is one of only a handful of staffers who continued to work in the office most days. “I miss the hustle and bustle of the lunchroom, the smiling faces in the elevator, the interaction and social connection.”

And then there are the dogs.

“I also miss the dogs,” says Mather. “We’re a dog-friendly office and there would be a dozen dogs here on any given day.”

For all of that, both Daya and Mather say that Rogers Insurance has stayed true to its four core values: fun it; own it; win it; and respect it.

An employee-owned company, Rogers Insurance stresses the importance of team members taking ownership over their individual and collective responsibilities.

Winning is about being the best you can be and working together to grow the business. And respect is how everyone expects to be treated and is expected to treat others.

“Everyone is held to the same standards,” says Daya, an 11-year veteran of the company, which is one of Canada’s largest independently owned insurance brokers. “From the most senior executive to the most junior colleague, your services and expertise are respected and valued.”

In terms of career development, Rogers Insurance has a knack for attracting and retaining people who never thought they’d work in the insurance industry.

Daya, whose mother worked in insurance, was initially determined to give the industry a pass. When she joined Rogers Insurance as an associate, she only intended to stay for two years.

“But they created new roles for me, allowed me to grow and played to my strengths and what I love to do,” she says.

Mather, who previously worked in the oil and gas industry, wanted to get away from its inherent boom-and-bust cycles.

“Insurance didn’t have the same glamour or attention, but it really should,” she says. “I’ve learned that it’s interesting, challenging, constantly evolving – as well as a stable career choice.”

Mather is also looking forward to the “new normal” once the pandemic has passed.

“People have become accustomed to working from home, so we’ll offer that flexibility,” she acknowledges. “But we have no interest in everyone working from home full-time forever. It’s more fun to be together.”

Rogers Insurance Ltd. has been selected for The Career Directory, our guide to entry-level recruitment for recent college and university graduates. 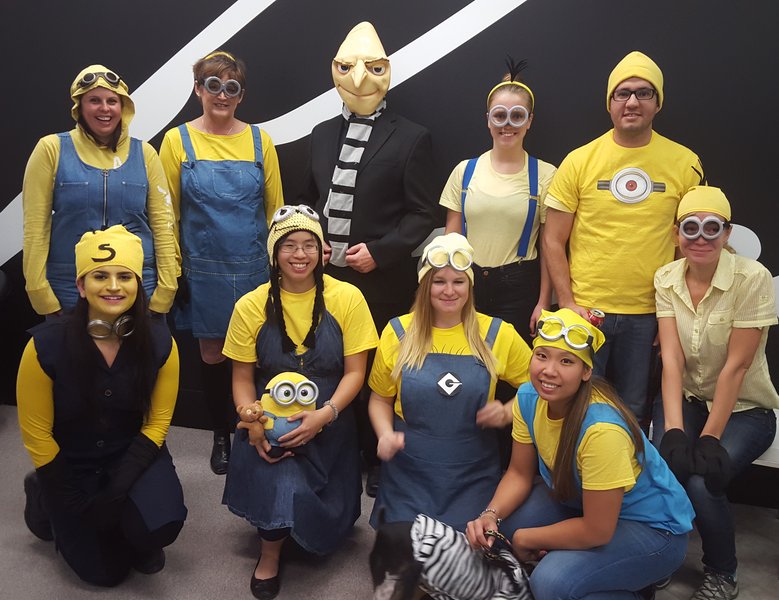