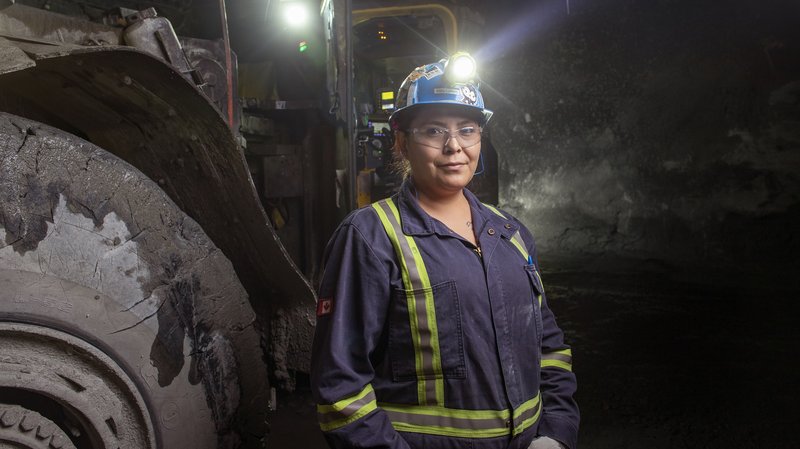 Underground miner and operator at the Diavik Diamond Mine of Rio Tinto   (Photo credit: JAMES HODGINS) 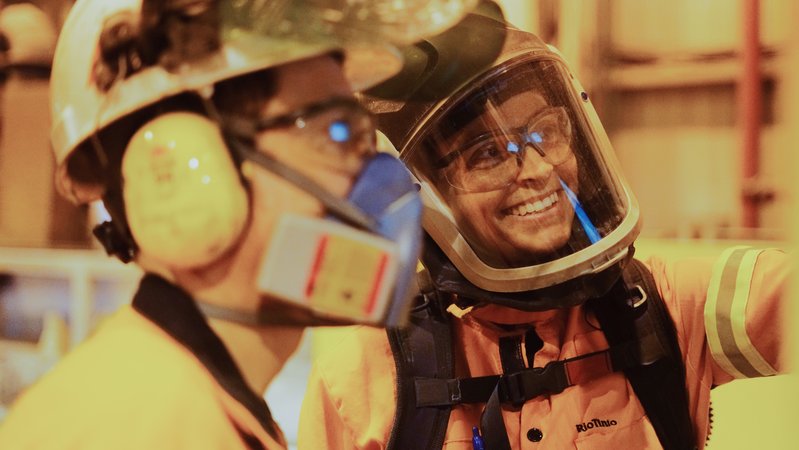 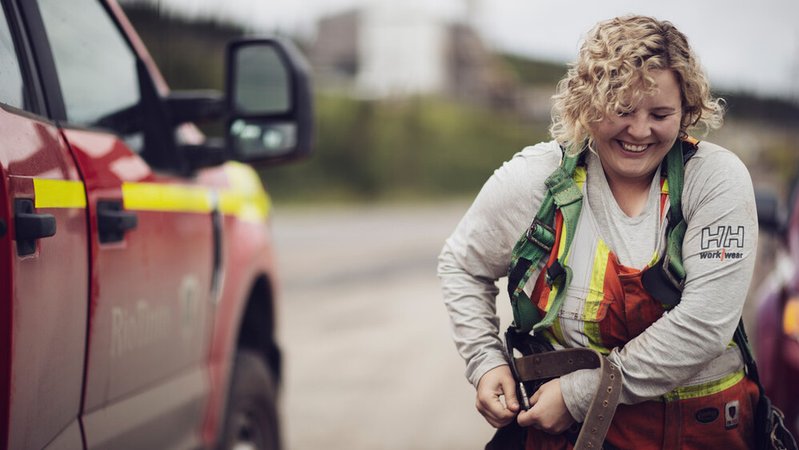 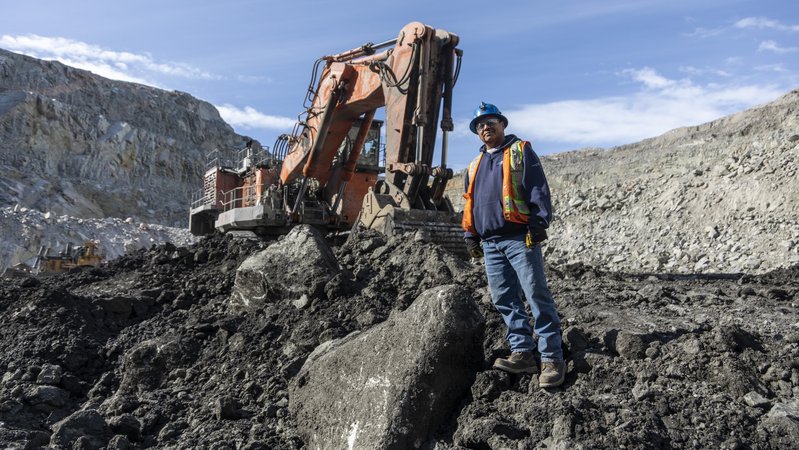 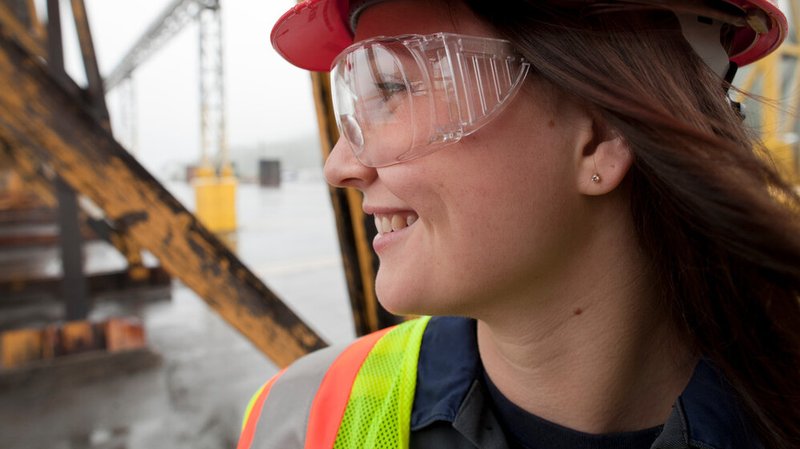 At Rio Tinto, respect is key to inclusion and diversity

Michael Nepton says that for as far back as he can remember, he wanted to work for Rio Tinto, a leading mining and metal company. When he was growing up, both his parents worked for the company and he hoped to follow in his father’s footsteps as a manager.

Determined to reach his goal, Nepton earned a degree in chemical engineering. Summer internships with Rio Tinto Aluminium confirmed he was on the right track and in 2015 he was hired full-time.

Nepton is now a reduction manager at Rio Tinto’s aluminum smelter in Laterrière, a community in the Saguenay-Lac-Saint-Jean region of Québec. As well as managing operations, his responsibilities include leading a team of 17 supervisors and ensuring the safety and well-being of some 200 employees and contractors.

Nepton says that what he enjoys most about his day-to-day work is interacting with people. He has a special interest in understanding how women and other minorities in the workforce feel, their expectations and how they are being integrated in the plant.

“I’m an Indigenous person born outside a reservation, in Saguenay,” Nepton says. “When I was young, I would have preferred to be like everyone else.

“Now, I am 100 per cent proud of who I am and I want to help others feel the same. I’m very passionate about representing diversity, talking about it and working on different initiatives to make sure all people are included and equal.”

Ivan Vella, chief executive for Rio Tinto Aluminium, says the company is committed to a workforce that is representative of the communities in which it operates and a culture where all people feel heard, valued and respected. Still, there’s always room for improvement, he says, and Rio Tinto is evolving its approach to inclusion and diversity

“Before, we were focusing more on objectives, on goals and on numbers to be reached,” he says. “Now, we are acting and putting in place real initiatives to improve at our core. I feel like we moved from theory to practice, with caring and sincere intentions.”

In 2021, Rio Tinto launched its Everyday Respect in the Workplace Task Force to help understand, prevent and respond to harmful workplace behaviours such as sexual harassment, bullying and racism, Vella says.

It’s just one of a number of recent initiatives. In 2022, Rio Tinto augmented its regional diversity and inclusion committee for its aluminum operations in Québec by introducing a corresponding committee at each of its sites in Saguenay-Lac-Saint-Jean.

“We know the changes we want to see will take time and that it's not about making quick fixes,” says Vella. “Everyone has a role to play in making this change and I am proud to be part of this crucial work.”

Nepton, who serves on the regional committee, is seeing first-hand the impact that Rio Tinto’s broader perspective on inclusion and diversity is having. And like Vella, he says it makes him feel proud.

“For me, it’s clear that Rio Tinto’s growing focus on inclusion and diversity is extremely positive,” he says. “Mentalities are changing, openness has greatly improved, and I think the initiatives have influenced managers to become more ‘human.’

“It shows me that Rio Tinto wants employees to feel cared for, to feel mentally and physically safe. And this is what I love to see from Rio Tinto.”

This article appeared in the magazine announcing this year's Canada's Top 100 Employers winners, published November 18, 2022 in The Globe and Mail. This article was prepared with the financial support of the employer, which reviewed but did not write its contents. 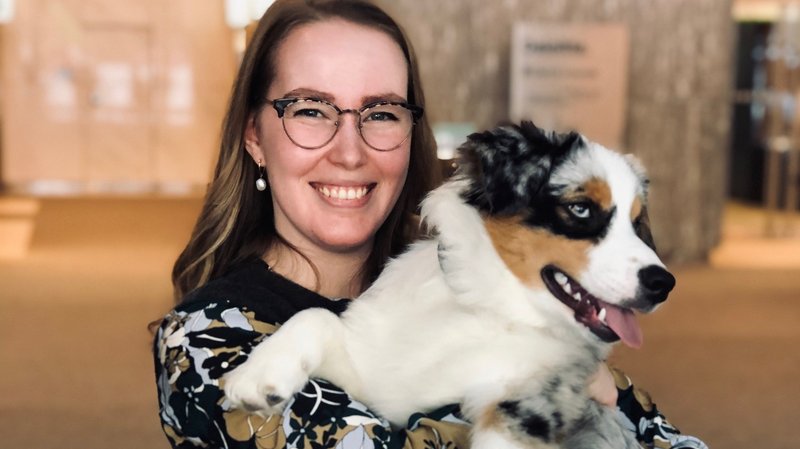 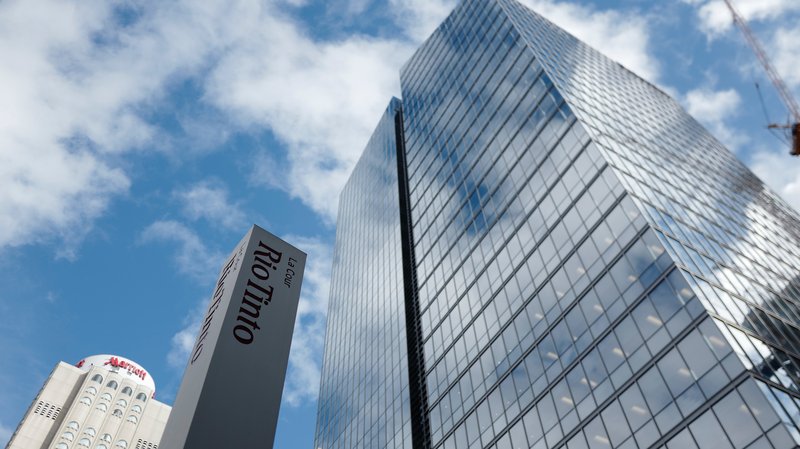 As a woman in the mining industry, Claudia Bérubé says she gets a lot of support at Rio Tinto, a leading metals and mining company.

Right from the start when she joined as an economics undergraduate five years ago, she was paired with a mentor under the Rio Tinto graduate program, who has helped fast-track her career, supporting her move from commercial to the climate change team. Now a senior advisor, climate change, at the Montréal hub, Bérubé encourages women in her network to consider the industry in a new light as well as advising others within the company.

“My general manager is a woman and there’s definitely been more tangible action promoting women this past year,” says Bérubé. “But we’re still a minority. Mining isn’t the most feminine industry – people think about it as extracting rocks from the ground – but it’s much more.

“It’s about having a purpose in contributing to sourcing essential materials with so many applications in our day-to-day life, such as aluminum which is used in everything from electric cars to mobile phones.”

Bérubé is also a member of the company’s diversity and inclusion committee, focused on raising awareness and fostering an inclusive work culture. The group organizes lunch and learn events, around topics such as unconscious bias, the gender equity, gender gap and the multi-generational workplace.

“I found the workshop on unconscious bias really inspiring, because it helped me think about what people could be experiencing if they’re a minority,” says Bérubé. “We tend to mentor people that are like us, so that was really eye-opening. The committee also involves our executive team so people can see it’s a priority for leadership as well. Rio Tinto is really diverse in terms of expertise, but also in our cultural background which really makes us stand out.”

During the pandemic, when staff couldn’t gather in person for their annual cultural potluck, the committee organized a cookbook instead as a way of sharing people’s cultural heritage.

“We want people to feel safe and valued so that they can share their thoughts openly and contribute to the company, helping it reach another level through diversity,” says Bérubé. “Rio Tinto is a really dynamic workplace where I get to work with multidisciplinary teams from every culture. I’m continuously learning and I feel like my job is part of a greater purpose.”

Ivan Vella, CEO for Rio Tinto Aluminium, based in Montréal, feels the same way. “Our internal teams dedicated to diversity and inclusion are really important to keep us connected to evolving ideas and leading practices outside our company.

“Diverse cultures, communities and point of views are not only respected and recognized here, we see diversity as being essential to our success. We know there’s more to be done and have a strong commitment to continuing our journey.”

To that end, Rio Tinto’s ‘Everyday Respect Taskforce’ is dedicated to ensuring a safe, inclusive and respectful environment for every employee through various internal initiatives, including listening sessions and group-wide coaching programs. Over the past year, the task force’s work focused on embedding psychological safety, respect and inclusion into the company’s foundations, while addressing behaviours such as sexual harassment, bullying or racism in the workplace.

“Inclusion and diversity are imperatives for the long-term sustainable success of our business,” says Vella. “The other challenge facing our world is climate change and the need to decarbonize.

“We’re very focused on our role in supplying the required low-carbon materials and in making changes to our own business to reduce our carbon footprint and associated impacts. We’re all very motivated about contributing to this significant challenge.”

This article appeared in the magazine announcing this year's Montreal’s Top Employers winners, published February 15, 2022 in the Montreal Gazette. This article was prepared with the financial support of the employer, which reviewed but did not write its contents.

Rio Tinto has been selected for The Career Directory, our guide to entry-level recruitment for recent college and university graduates.