1081 Burrard St
Vancouver, BC V6Z 1Y6
Providence Health Care is a provider of hospital, residential and outpatient healthcare programs and services to residents of British Columbia.

A team of Providence Health Care employees at the John Ruedy Clinic, located in St. Paul’s Hospital in Vancouver

Here are some of the reasons why Providence Health Care was selected as one of BC's Top Employers (2021): 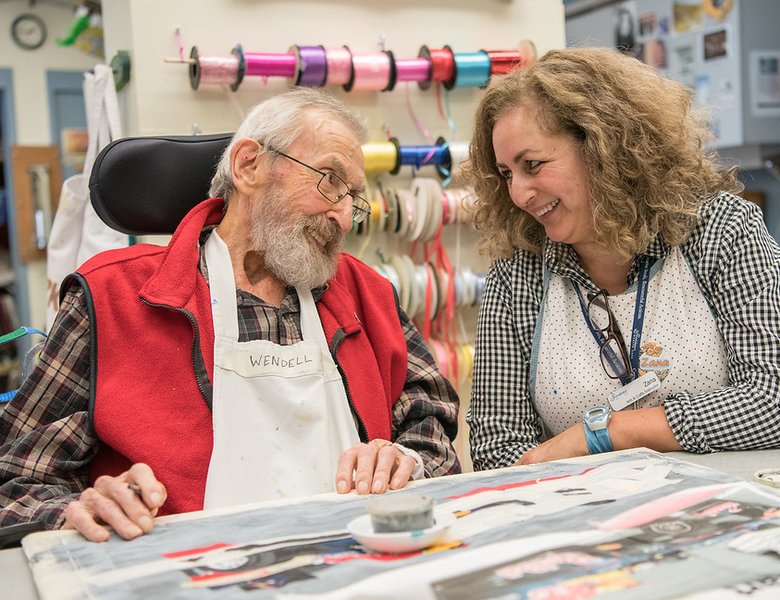 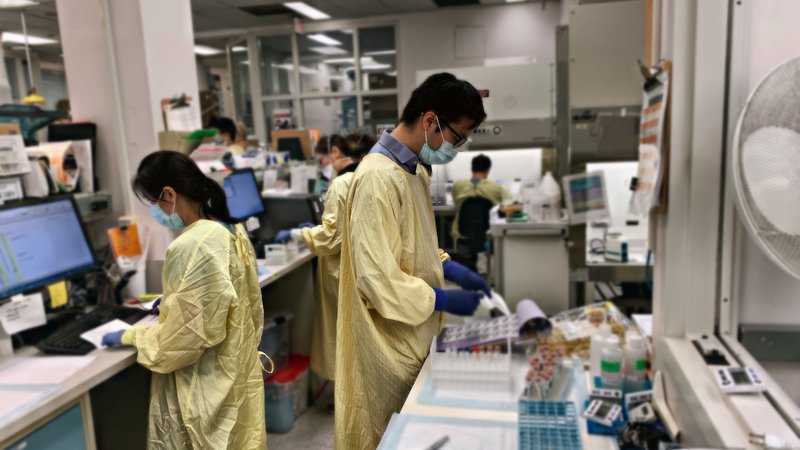 St. Paul's Hospital, part of Providence Health Care, is one of the main centres in B.C. for testing for COVID-19 through its labs 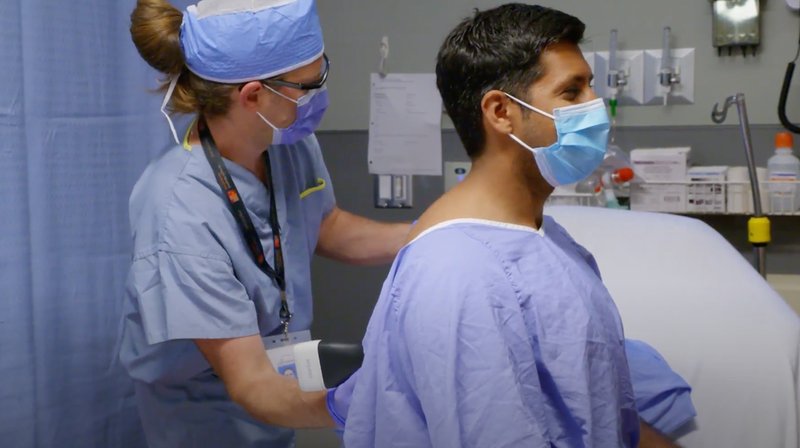 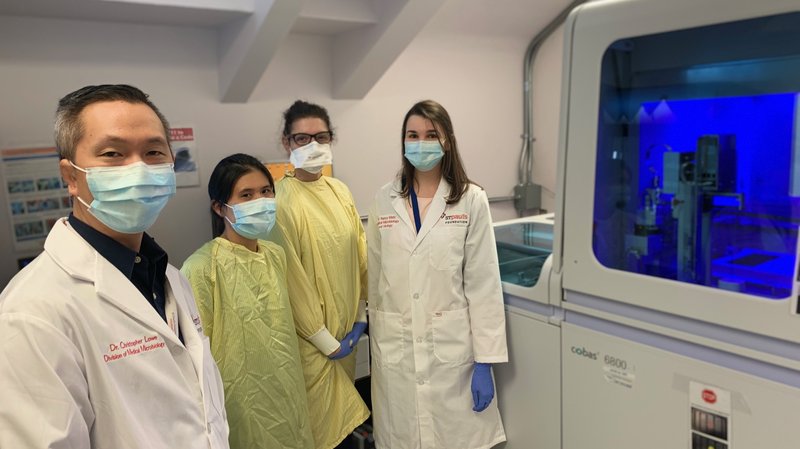 The labs at St. Paul's Hospital, a Providence Health Care site, is one of the main centres in B.C. that test for COVID-19 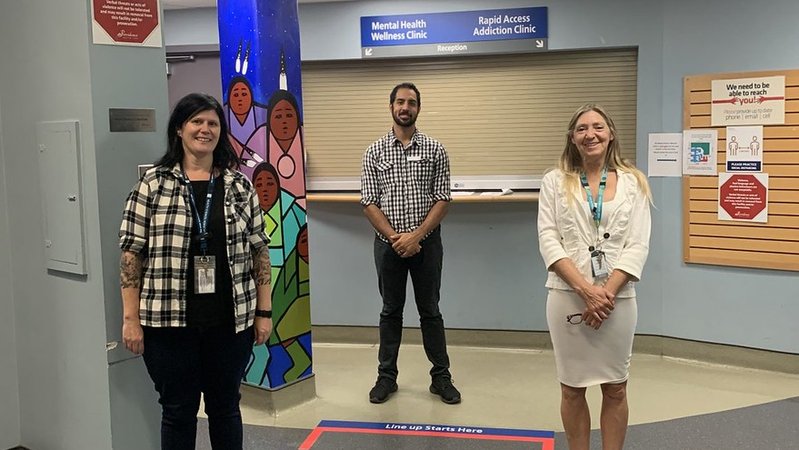 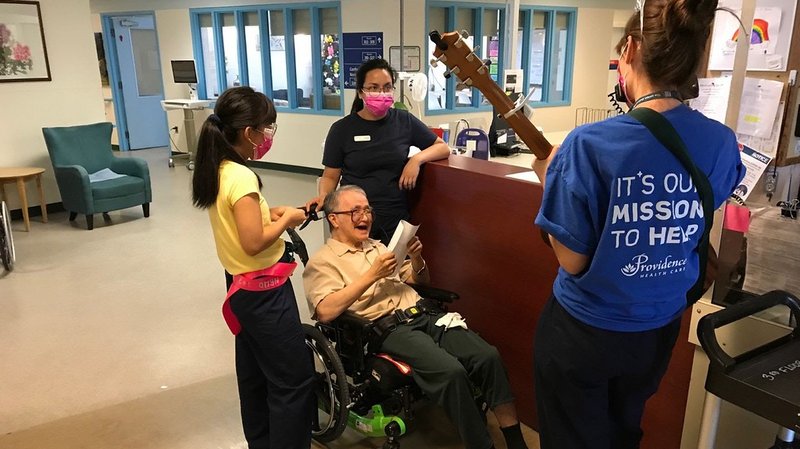 Providence’s people care for others with compassion

Before completing nursing school in October 2019, Julia Pavlova did her final three-month practical rotation at St. Paul’s Hospital, part of Vancouver-based Providence Health Care. When she joined the medicine nursing team there after graduation, she had no idea that five months later she’d volunteer to work in a new unit created for COVID-19 patients.

“Our people run toward a crisis and danger, not away from it,” says Christopher De Bono, vice president of mission, people and ethics. “COVID-19 reminds us – once again – of who we are as an organization and why we care. People come to Providence for the fit – it’s a sense of calling rather than a job.”

That’s certainly true for Pavlova. The 39-year-old mother of two daughters left a customer-service career for nursing after volunteering as an emergency room greeter at St. Paul’s. “I’m doing what I love, I’m learning every day and I’m making a difference,” she says. “I’m not related by blood to the other nurses or the rest of the medical team, but we’re united by common goals of caring, compassion and respect.”

Providence Health Care is one of the largest Catholic health care providers in Canada, operating 17 sites across British Columbia and often serving society’s most vulnerable. “We serve people from every walk of life, and we have a unique culture of hospitable, non-judgmental care,” says De Bono.

A clinical bioethicist, De Bono left Ontario to join Providence because it’s one of only two healthcare organizations in Canada with a vice president in ethics and mission on the senior leadership team. “The mission of quality care rooted in compassion and social justice appealed to me,” he says. “It’s our secret sauce, and our staff understands our mission – we’re caring people, and we hire amazing, caring people.”

Another draw was the focus on advancing research in such vital areas as HIV/AIDS and COVID-19 drug trials. “We do change the world in some of the research we do,” says De Bono. “Our researchers are committed to targeting local and global needs and advancing the science that matters.”

Pavlova feels privileged to be part of such important work at an organization that puts people first in every way. “As a nurse, when you practise in a place where you feel safe, accepted and respected, you can reflect those values back onto your patients,” she says. “I’m lucky to work in such a supportive environment.”

Recognized as one of Canada's Best Diversity Employers (2020):

Here are some of the reasons why Providence Health Care was selected as one of Canada's Best Diversity Employers (2020): 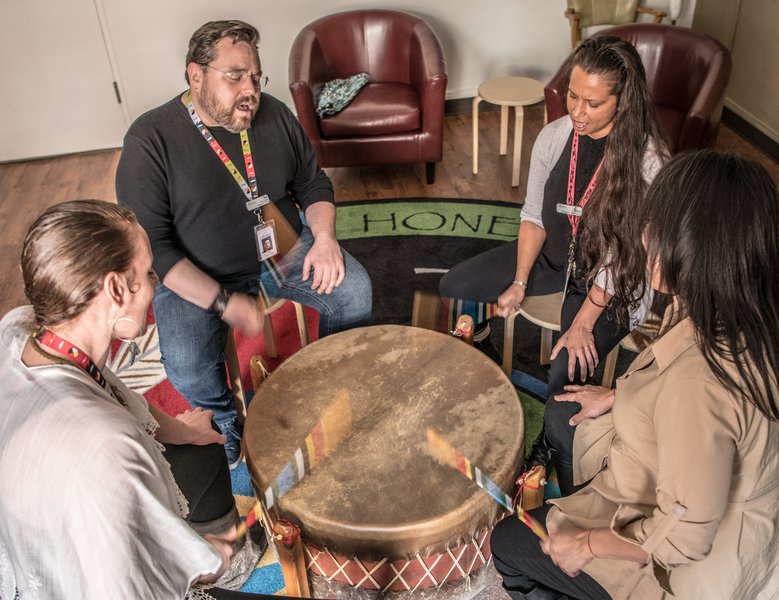 An Indigenous health team from Providence Health Care gathers in a drum circle at St. Paul's Hospital in Vancouver

"Many years ago, my Father Archie Snowball came to St. Paul’s for cancer treatment and eventually passed away at St. Paul’s in room 1047. At that time the Indigenous Health and Wellness Program did not exist and my father would have loved the type of support that we provide for people today. I felt that when this opportunity to work here at St. Paul’s was presented to me, it was a beautiful sign that my father was guiding me to this type of work. I am an active member of my community/family and practice my culture every day. I support my community as if they are family, because they are family [...] Supporting each other and lifting each other up is culturally what we do as Indigenous people.” Rose M., Indigenous Health Worker, St. Paul’s Hospital

Recognized as one of Canada's Top Employers for Young People (2021):

Here are some of the reasons why Providence Health Care was selected as one of Canada's Top Employers for Young People (2021): 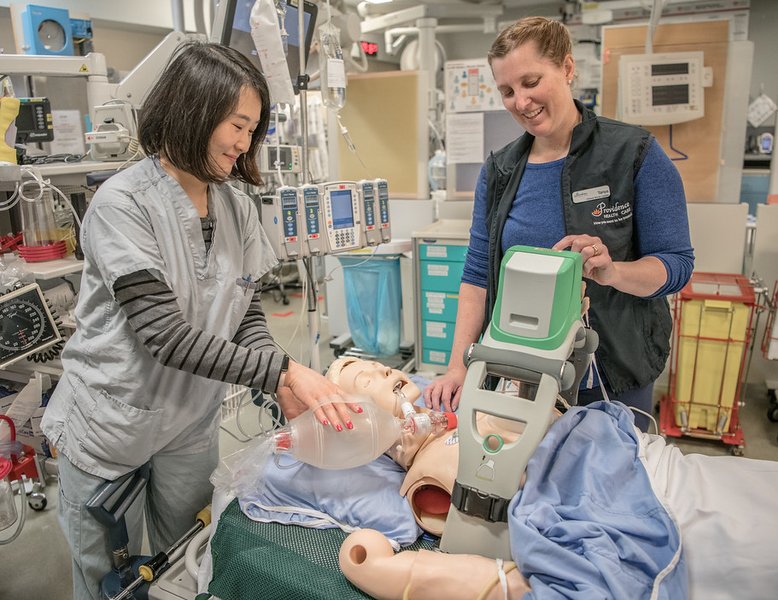 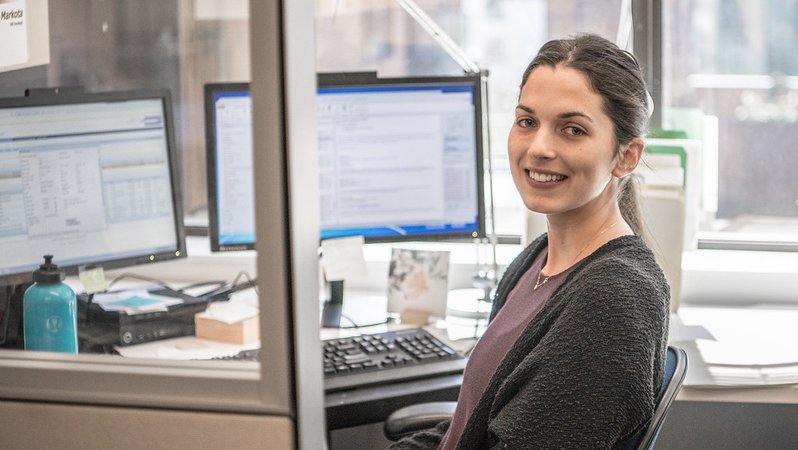 Providence encourages every voice to be heard

Between the ages of eight and 12, Paige Lougheed struggled with obsessive-compulsive disorder. So when she was job-hunting as a young adult, a posting for a youth peer support worker in a mental health program at Vancouver-based Providence Health Care caught her eye.

“I wanted to get into peer support because when I was young and having mental health issues, I didn’t have a peer who Providence encourages every voice to be heard understood what I was going through,” says Lougheed. “I really like talking to young people and being a role model.”

Providence is one of the largest faithbased healthcare providers in Canada, operating 17 sites across British Columbia and often serving society’s most vulnerable, including youth. Twenty-five-year-old Lougheed, who previously worked in student housing at a university, joined Providence in April 2020. Through an initiative called Foundry BC, she delivers phone, video and text support to British Columbians between the ages 12 and 24.

“At Providence, we break down barriers for young people who are dealing with a range of mental health issues – anxiety, depression, loneliness, substance use,” says Lougheed. “I’m always amazed at how resilient they are.”

She is also amazed at how her co-workers come together to provide the very best support and care. “Providence is one of the most collaborative places I’ve ever worked,” she says. “I feel like I’m equal to the counsellors, and that my input is really valued.”

Due to COVID-19, Lougheed is working from home and looks forward to meeting her colleagues in person as soon as it’s safe to do so. Yet she still feels very much part of a cohesive team. “Because we’re all working together to serve young people, we all feel connected to each other,” she says.

Providence’s senior leaders recognize that many millennials are looking for more than just a job. “This generation of young people wants to be part of something with meaning – and that speaks to our values and mission of caring with compassion and respect,” says president and CEO Fiona Dalton.

Being a fairly small health organization comes with career-growth advantages. “There’s less of a hierarchy based on power or how long you’ve worked here,” says Dalton. “That means we have more nimbleness and flexibility for people to move up more quickly.”

Informal mentorship is part of the growth strategy. Senior leaders also try to create an environment where every voice is heard by encouraging all employees to think about, and then to suggest, what could be different and better for every service. They want to hear from everyone from nurses and doctors to staff in longterm care facilities to members of the finance and communications teams.

Providence is proud of how it cares for not only its patients but its people. “We’re like a family, and we look after each other,” says Dalton. “Everyone appreciates that, but I think especially young people.”

In spring 2021, Providence is expected to break ground for the construction of a new, expanded St. Paul’s Hospital and health campus in Vancouver. “Right now we can’t compete with employers with nice gyms and social spaces, but our new build will result in a state-of-the-art, globally renowned and patient-centred care, research and teaching facility,” says Dalton. “We can promise that if you work here, you’ll be part of some really cool projects that can change the world.”