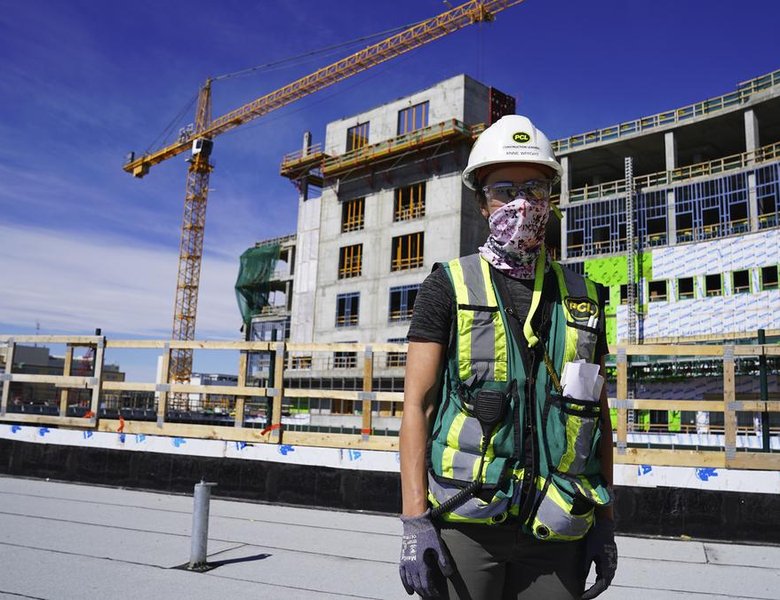 Anne Wright, an employee at PCL Construction at a project site 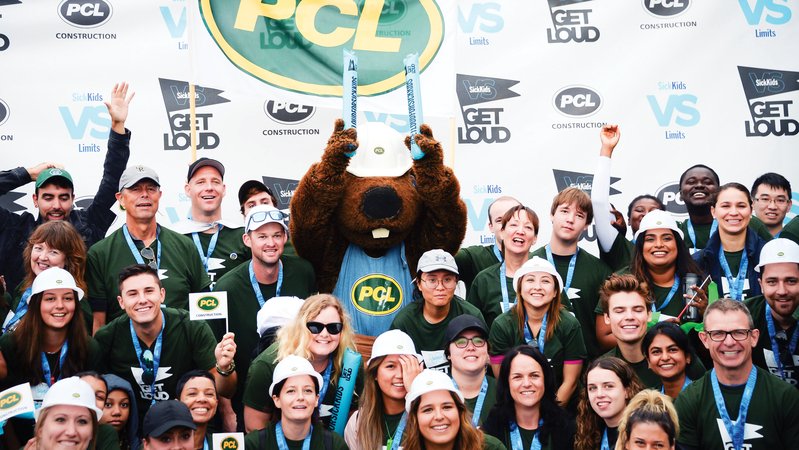 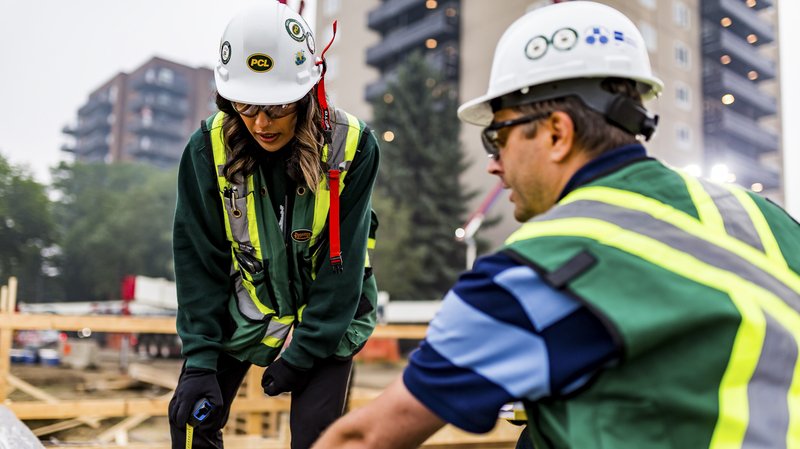 Sarah Kim has been inspired by many aspects of her job at PCL Construction. But when asked what makes the company such a good employer, the first thing she mentions is what PCL has encouraged her to do outside of work.

Among its high-profile projects in Toronto, the construction firm is building a 22-storey educational, training and administrative tower for The Hospital for Sick Children (SickKids), which is the first phase of the hospital’s campus transformation: Project Horizon. Additionally, PCL has been a major backer of SickKids Foundation’s 'GetLoud' initiative, which encourages supporters to fundraise through activities like running, walking and biking.

For staff like Kim, that has meant getting active and raising money for the hospital while helping support GetLoud events as well.

“They want us to feel connected to the project that we're building,” says Kim, a health, safety and environmental coordinator at PCL’s Patient Support Centre project in Toronto. GetLoud is part of a much larger initiative by PCL’s Toronto

District to encourage its staff to get fulfilment from their jobs by looking beyond the construction site. “They really like us to get involved,” Kim says of her PCL managers. “So this is not just a building for us – it’s an extension of the community.”

That engagement offers some hints as to why Edmonton-based PCL has made the list of Canada’s Top 100 Employers for the 13th consecutive year. Getting “PCLers” involved in the projects they work on and giving back to society are part of the company’s “Purpose,” says Mike Olsson, vice president of human resources and professional development.

PCL staff literally have a stake in their actions at work because, as Olsson points out, 100 per cent of the company’s shares are held by employees. And they can gain satisfaction knowing that the healthcare facilities they are building support essential services for their communities.

“It’s really important that we’re proud of the company we own and work for,” he says.

Another big focus at PCL, which has offices across North America and Australia, is the training and development and leadership programs.

“We build communities, we build infrastructure,” Olsson says, but also, “we build people and we build legacies.”

Kim says she appreciates the personal development opportunities at PCL. She also feels that her managers encourage her to ask questions, are very open to ideas that challenge the norms, and are quick to offer recognition to anyone who excels at their work.

And throughout the pandemic, Kim says, the company has been extremely diligent in ensuring its staff and the entire workforce are as safe as possible. PCL did that at the outset of the pandemic, for instance, by supplying necessary training and equipment – such as additional portable washrooms and hand-washing stations – and by keeping the lines of communication open about its COVID-19 initiatives.

That really resonated with Kim because keeping people safe in all parts of the construction site jibes directly with her own job as a health, safety and environment coordinator.

“It makes me feel great when I know that the procedures are in place, and that people are following them so that they can go home safely at the end of every day,” Kim says. 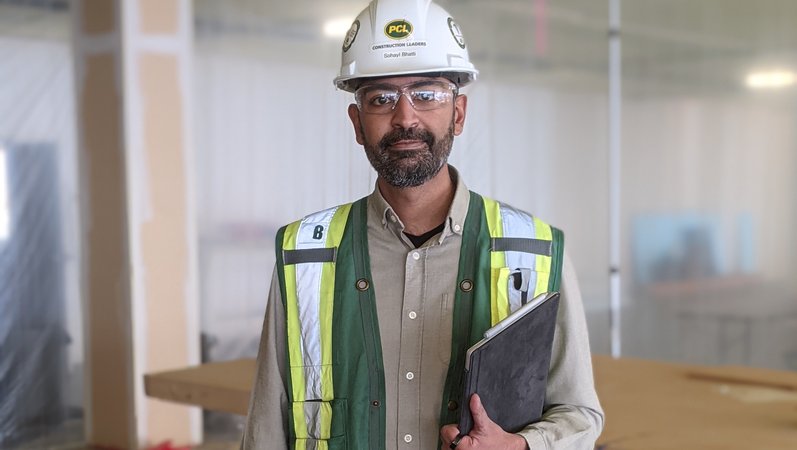 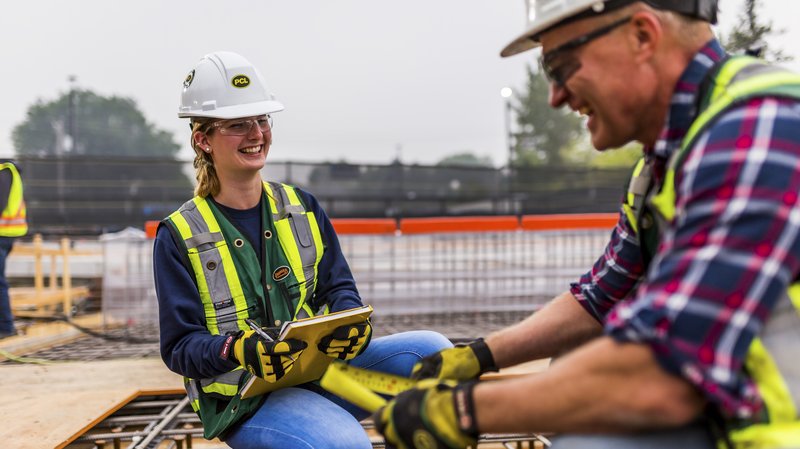 Sohayl Bhatti was born prematurely and spent a few weeks in the University of Alberta Hospital’s Neonatal ICU in Edmonton. Three decades later he found himself in the same ward, but this time working to demolish it and replace it with a state-of-the-art NICU as a project manager for PCL Construction.

“What are the chances that you would end up doing something like that?” Bhatti says with his characteristic enthusiastic smile.

Bhatti has made a specialty of leading renovations in healthcare facilities for the Edmonton-based construction giant. His work requires technical skill – but also diplomacy and solid judgment. The renovations often are done in the heart of busy hospitals where medical staff can be performing difficult procedures and patients are trying to recover.

Bhatti has worked next to operating rooms, ICUs, even a sleep lab. It’s not just the noise of procedures, like cutting holes through concrete; the vibrations can be disruptive for doctors – such as neurosurgeons in mid-operation.

“It’s definitely a lot to juggle,” he says about the careful nature of his job. “You’re working in a very complex environment, so I guess it makes it challenging, which can be fun.”

And hugely rewarding too.

“When you’re in the midst of a project, you’re working hard, there’s a million problems you’re trying to solve,” he says. “But then at the end of it you realize it was worth it. There’s a recognition of the importance and purpose of what you do.”

The pandemic added another level of complexity to PCL’s in-hospital work. Over and above the rigorous construction- industry regulations, PCL had to add such things as COVID-19 health-screening and masking restrictions. The pandemic also generated a greater sense of urgency to the work.

“Everyone saw very quickly that it was important to get the ICUs up and running ASAP,” Bhatti says. In fact, the new pediatric cardiac ICU they completed in the Mazankowski Alberta Heart Institute was immediately converted into a COVID-19 ward.

“Our purpose is not only building infrastructure,” Olsson says. “We’re building communities, and a better future.”

Another focus at PCL, which has offices across North America and Australia, is training and development. The company offers technical and behavioural training in many different forms, and leadership-development training to any employee who’s worked at PCL for over a year. “We really do believe in investing in our people.” Olsson says.

The pride staff take in their work is further fuelled by PCL’s employee share ownership program. All company shares are held by employees.

“We want to have employee ownership for the next 100 or 200 years,” Olsson says. “We don’t want to think quarter to quarter, we want to think long-term.”

Bhatti says the employee-ownership component means you’re not just there to collect a paycheque. “Everybody’s success depends on the next person’s success,” he says. “So you will go out of your way to help another person.”

Similar concepts are at play in PCL’s community involvement and charitable initiatives.

The company’s participation in the annual United Way campaign is “huge,” Bhatti says. Making staff feel like stakeholders in their work and part of their communities is pivotal – and motivational.

“Some member of your family might end up in the same room that you are building,” Bhatti says. “So it gives people that extra bit of incentive to do their best.”

Here are some of the reasons why PCL Construction was selected as one of Canada's Top Employers for Young People (2022): 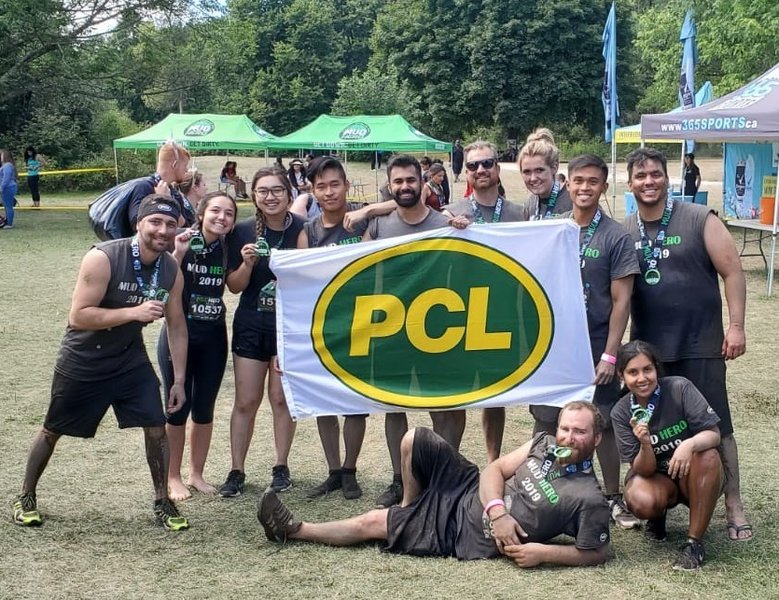 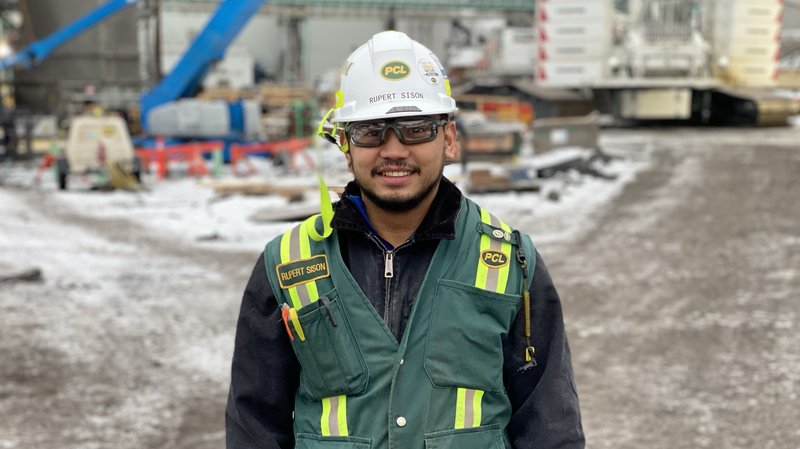 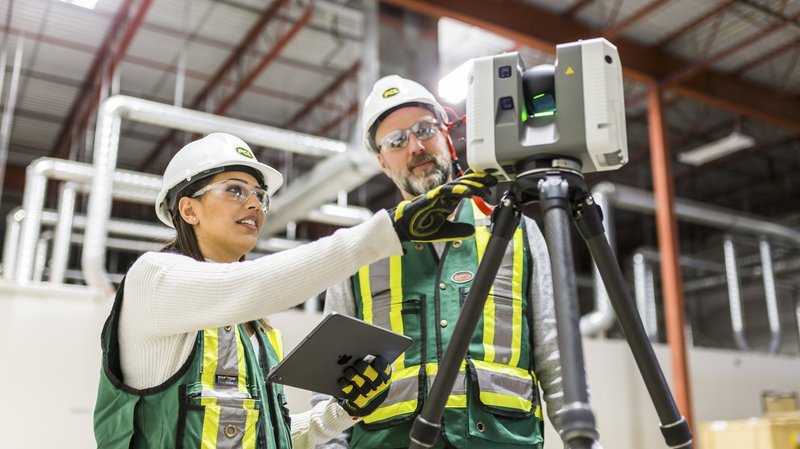 At PCL Construction, experienced professionals mentor and share their unique experiences and knowledge with the next generation of employees

After four co-op placements led to a successful full-time job at PCL Construction, Rupert Sison was convinced he landed in the right place to advance his professional career. What surprised him was how well the company promoted other aspects of his life too.

When Sison asked for extended time off to get married during the pandemic, PCL “totally accommodated” his request.

“I’m really thankful that my company cares about both my professional and personal life,” says Sison, a project coordinator. “There’s a life balance. And given the pandemic, it’s very important that they care not only about your personal life but about your mental health as well.”

The Edmonton-based global construction company has been investing in Sison since he first applied for a placement as a University of Alberta mechanical engineering student in 2014. Over 20 months of co-op work, he received a breadth of experience, extensive training and one of the annual monetary scholarships awarded to outstanding prospects in PCL’s student program.

“That’s how PCL takes care of their students,” Sison says. “They hire you with a long-term vision of honing your skills and talents for a permanent role.”

Once he was hired full-time – which was made official even before his graduation ceremony – his training only accelerated. Sison has since worked on projects that allowed him “to see the full construction cycle.” With a particular focus on the energy sector, Sison has worked on oil & gas and wind projects, and now power generation projects.

Sison has been continuously impressed by how vigorously PCL handles safety and health protocols – especially amid the pandemic. Work teams have daily check-ins, mask protocols and social distancing, he says, and he calls the contact tracing superb.

“Knowing that your company abides by the government regulations and health authority guidelines and restrictions gives you peace of mind,” Sison says.

PCL works with about 50 post-secondary institutions across Canada to look for would-be hires. Last year, PCL had almost 500 student placements.

Once they’ve joined full-time, younger workers are offered instruction geared to advance their careers, including technical and behavioural training as well as leadership development. Younger employees are further incentivized because they are given “big responsibility right off the bat,” and meaningful work, says Olsson.

“We’re building infrastructure, projects and communities,” he says. “Our purpose is building a better future.”

Another important element that helps young people rise at PCL is mentorship, says Olsson. Because the company is employee-owned – 100 per cent of the shares are held by staff – everyone in the company wants new hires to be successful. He points to an old PCL motto from the Eighties, “Each one, teach one,” which has since been expanded to “Each one,
teach five.”

“It’s all fuelled by the conviction that you’re part of the PCL family,” Olsson says. “As owners, we want our fellow owners to do well.” Sison concurs that mentorships are a key building block at PCL, adding they have definitely helped him.

“Industry experts are eager to share their years of experience and knowledge with younger people like me,” he says. “It’s just really inspiring and shows how they truly care for you to succeed.”

This article appeared in the magazine announcing this year's Canada's Top Employers for Young People winners, published January 18, 2022 in The Globe and Mail. This article was prepared with the financial support of the employer, which reviewed but did not write its contents.

PCL Construction has been selected for The Career Directory, our guide to entry-level recruitment for recent college and university graduates.