An employee at one of Lowe's Canada's RONA retail locations

Here are some of the reasons why Lowe's Canada was selected as one of Montreal's Top Employers (2021): 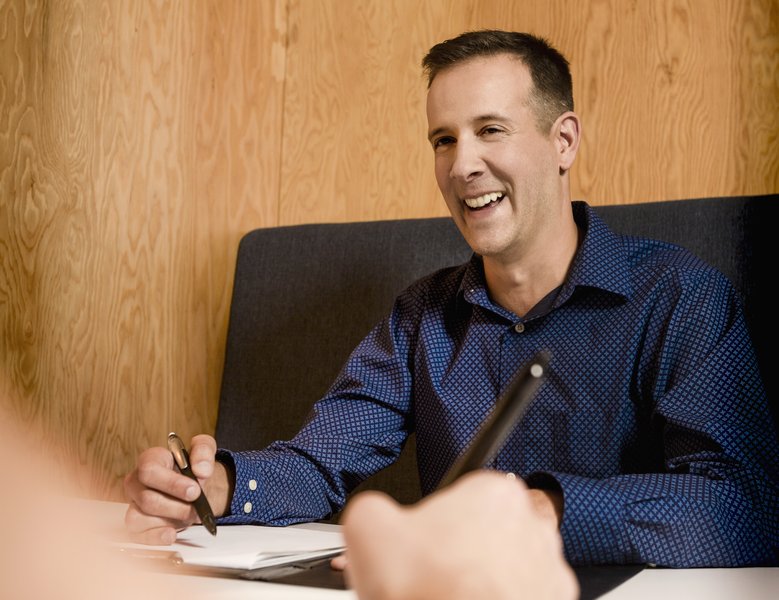 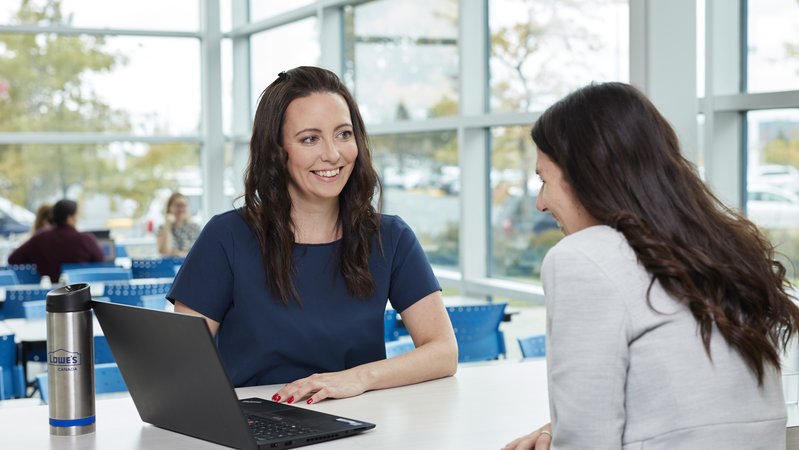 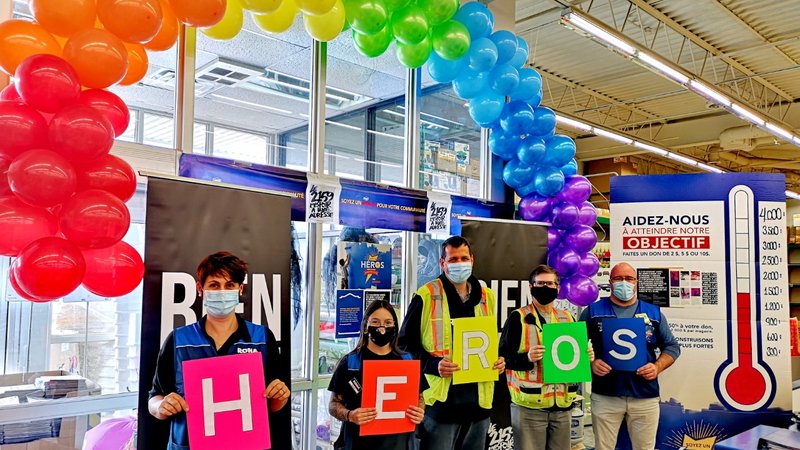 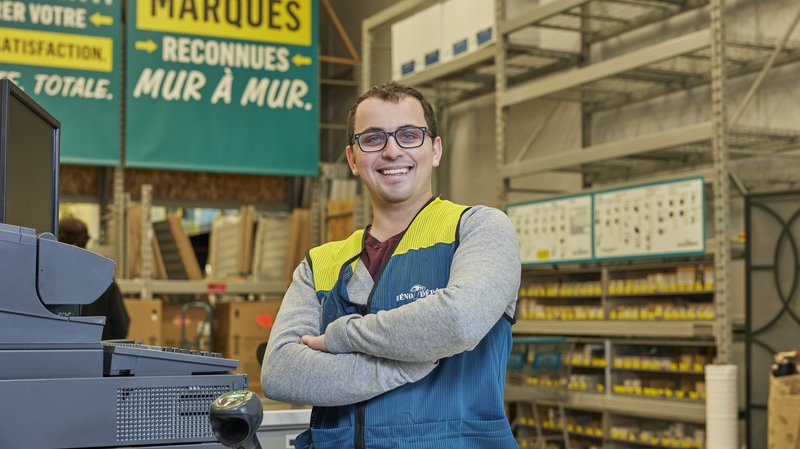 An associate from one of Lowe's Canada's Réno-Dépôt stores 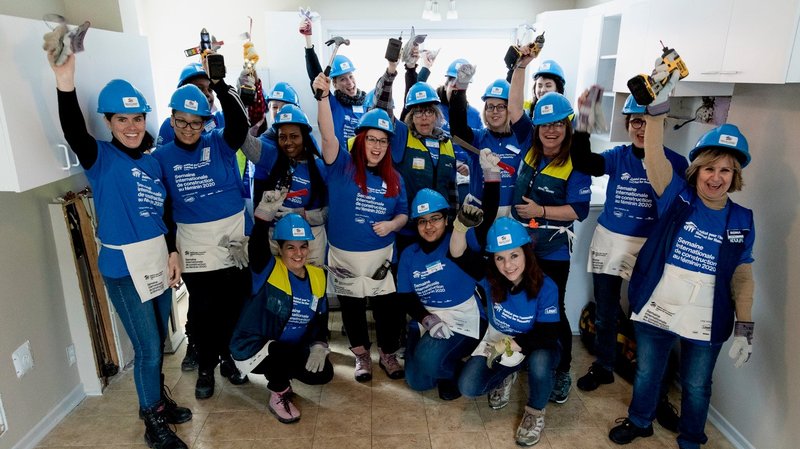 In early March 2020, Melissa St-Pierre was satisfied that Lowe’s Canada was well prepared for the April 2020 launch of one of its major annual fundraising campaigns. Since 2018, the home improvement retailer has partnered with the Children’s Miracle Network and Opération Enfant Soleil to raise money for 14 children’s hospitals nationwide.

The arrival of the COVID-19 pandemic, however, meant the in-store activities that employees throughout Canada had organized to collect donations had to be cancelled. Instead, Lowe’s Canada quickly transitioned the campaign online, says St-Pierre, senior adviser, community relations. “We really wanted to be there for our non-profit partners at a time when so many of them are experiencing difficulties.”

Isabelle Laliberté, regional vice-president of operations, notes that Lowe’s Canada has always been committed to building stronger communities. “It’s part of who we are,” she says. “We’ve adopted different strategies this year, but our natural instinct to help our associates and our communities is now more important than ever.”

To that end, the organization made an $800,000 corporate donation to another of its major campaigns, Lowe’s Canada’s Heroes, in which associates support a local non-profit organization or public school of their choice. This was in addition to an earlier $1-million philanthropic investment which included funding earmarked for each corporate store to set up a $1,000 food pantry so associates facing difficulties could help themselves.

With more than 470 corporate and affiliated dealer stores operating under the Lowe's, RONA, Reno-Depot and Dick's Lumber banners, plus several distribution and store support centres, Lowe’s Canada offers a wide range of career paths. In addition to its friendly, team-oriented environment, it offers employees training and development opportunities and a benefits package that can be tailored to each individual’s needs.

Considered an essential service, the stores kept serving their customers throughout the pandemic with all appropriate health and safety protocols in place. They’ve been so busy, in fact, that Lowe’s Canada has continued to hire via virtual job fairs. “With so many Canadians working from home, customers are looking to us to help make their space more functional and comfortable,” Laliberté explains.

Like others in the Boucherville head office, St-Pierre has been working from home over the past few months. Throughout all the changes 2020 brought, the supportive workplace culture that Lowe’s Canada has always offered remained as real as ever, she says. “All the proper tools are in place to keep us engaged and continue to make a difference in people’s dayto-day lives.”

Recognized as one of Canada's Greenest Employers (2021):

Here are some of the reasons why Lowe's Canada was selected as one of Canada's Greenest Employers (2021): 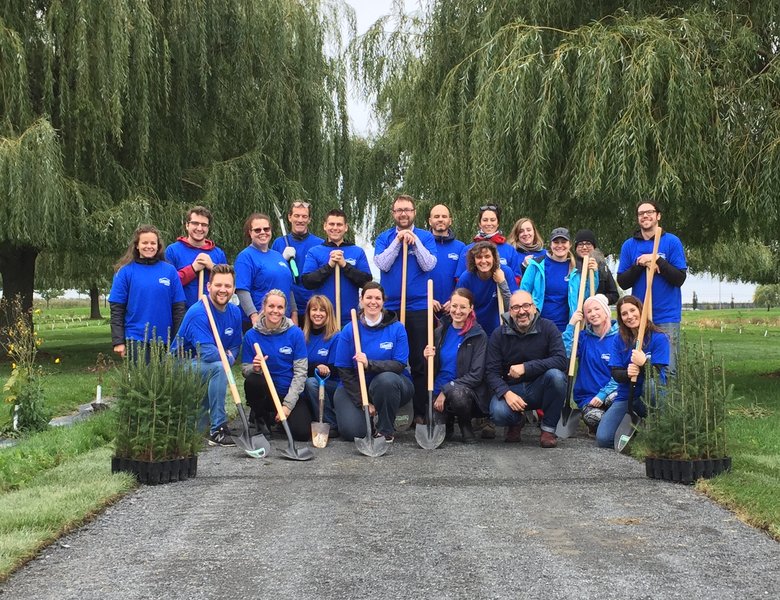 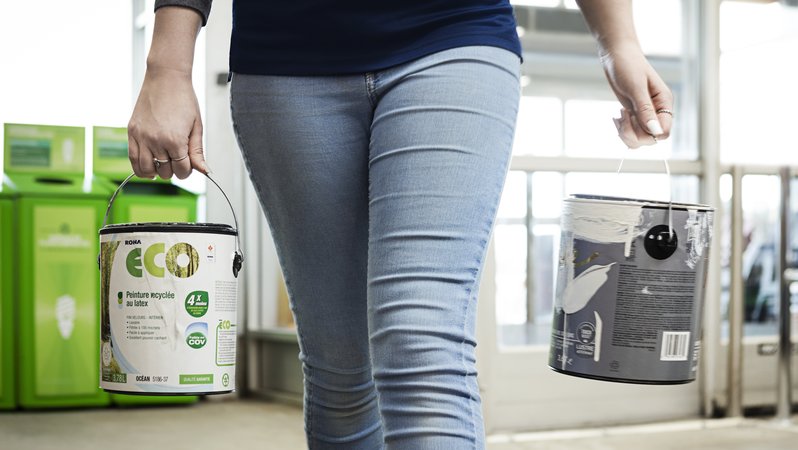 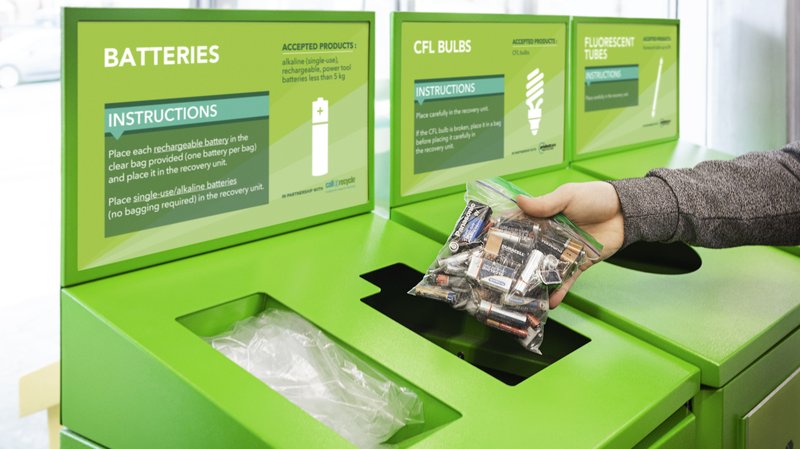 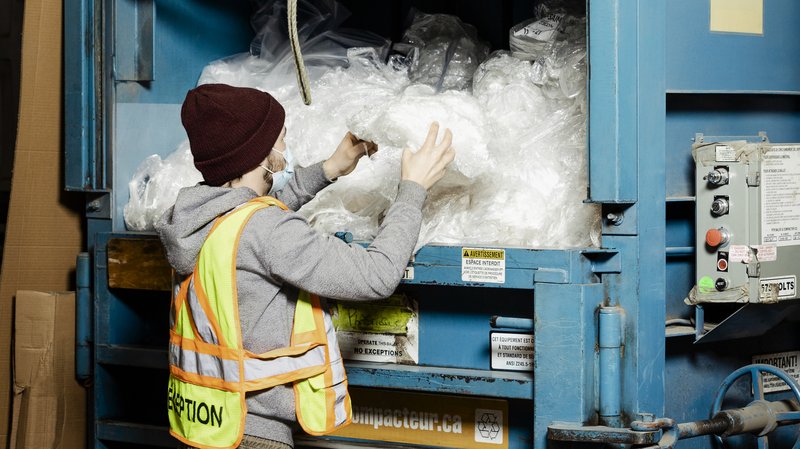 Lowe's Canada is committed to reducing the impacts of its operations on the environment   (Photo credit: Julia Marois) 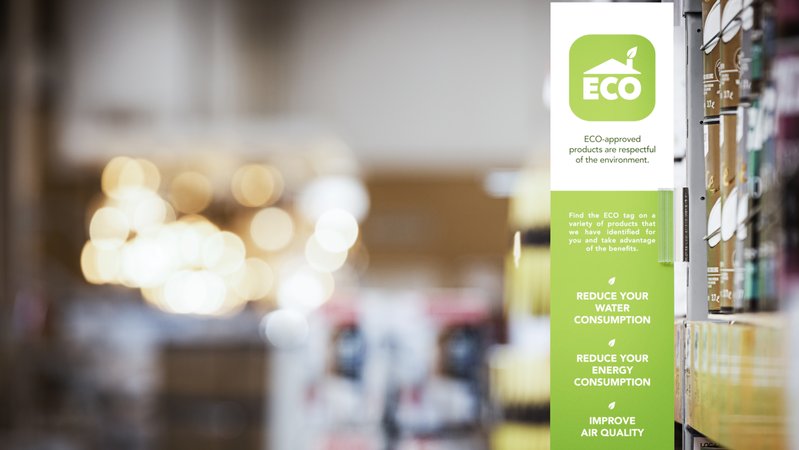 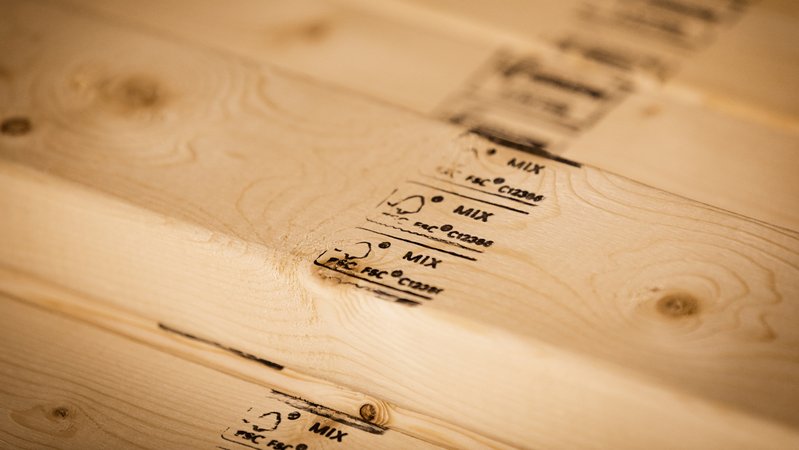 Lowe’s Canada has a mission to sell sustainability

Like many Canadians, Girin Mark Amin is committed to recycling both at home and on the job. Amin, however, is an industrial engineer who works at the Lowe’s Canada distribution centre in Milton, Ont., where his contribution to a cleaner environment doesn’t stop with dropping something into a blue box.

The centre deals with large volumes of cardboard, plastic and polystyrene, the three largest constituents of its waste stream. But rather than sending it all to landfill, the home improvement retailer has procedures and the requisite equipment to sort and compact the materials into bales for recycling.

Amin’s focus is on facility and operational design to optimize various processes, including waste management. The goal is to ensure that everyone remains safe while working as productively as possible. There are no trade-offs between respective corporate goals, he says.

“You don’t have to sacrifice sustainability for efficiency,” Amin says. “We handle tons of recycling each month. It really adds up.”

And that’s just one distribution centre. Headquartered in Boucherville, Que., Lowe’s Canada has more than 470 corporate and affiliated dealer stores operating under the Lowe's, RONA, Reno-Depot and Dick's Lumber banners – and they all make it easy for customers to drop off products that need careful handling when no longer useful.

In partnership with select non-profit organizations, the items are then safely disposed or given new life. In 2020, the program collected 98 tons of household batteries, 2,200 tons of paint and 77 tons of bulbs and fluorescent tubes.

The numbers are lower than in 2019. But Jean-Sébastien Lamoureux, senior vice president of public affairs, asset protection and sustainable development, says this does not indicate Canadians have become less concerned about the environment. The COVID-19 pandemic, he explains, caused some temporary store closures and changed shopping habits as customers began spending more time online.

When asked if the pandemic changed how the organization views its recycling program or its overall commitment to sustainability, Lamoureux is clear that being a good corporate citizen is a priority for Lowe’s Canada. “When you’re running a marathon, you don’t change course when you encounter a rough patch. The program requires a lot of effort on the part of our stores, but we’re not about to stop. We do it because it’s the right thing to do.”

Lowe’s Canada makes it easy for customers to reduce their environmental footprint in other ways as well. Its ECO seal on over 5,000 products identifies the most environmentally friendly alternatives for their home improvement or construction products.

The company has also committed to offering by 2025 only wood products that have been responsibly sourced. To date, about 80 per cent of the lumber it sells is certified by independent, third-party organizations as coming from sustainably managed forests.

Many Lowe’s Canada initiatives are taking place behind the scenes. Last year, the company announced its commitment to reducing greenhouse gas emissions to 40 per cent below its 2016 levels by 2030. It has already invested more than $24 million in energy efficiency initiatives, including retrofitting all corporate stores with LED lighting systems.

It will also continue installing building management systems in various stores and distribution centres across Canada. Measures include equipping them with automation networks that control lighting, heating and cooling so energy is used only during business hours.

Lowe’s Canada’s sustainability initiatives are not only driven by management. They resonate deeply with the company’s associates, like Amin. “It makes me feel good to work for a company that’s so environmentally responsible,” he says.

And when it comes to achieving long-term sustainability, employee engagement is no small thing, according to Lamoureux. “Excitement drives success,” he says, “and success drives the appetite for more success.”

Lowe's Canada has been selected for The Career Directory, our guide to entry-level recruitment for recent college and university graduates.