2800 Speakman Dr
Mississauga, ON L5K 2R7
Established in 1955, Hatch Ltd. is an engineering consulting firm for the infrastructure, mining and energy sectors with over 9,000 employees in 150 countries. 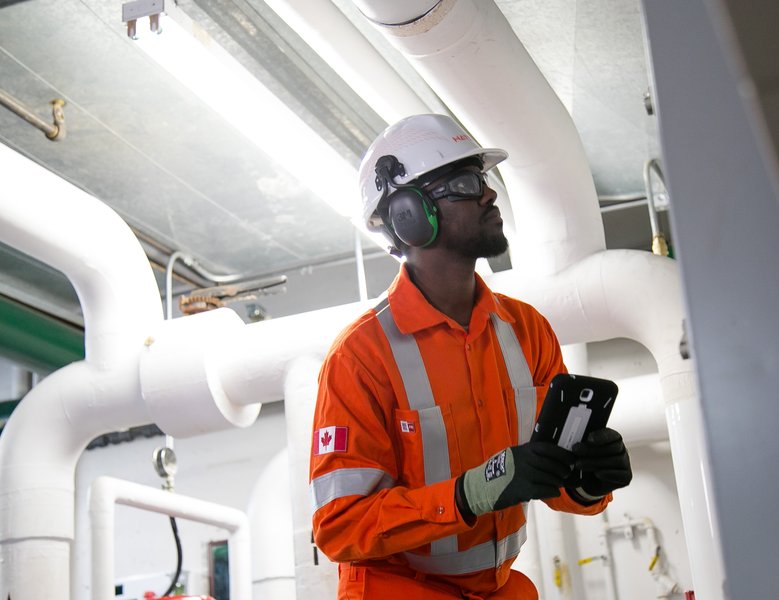 Hatch employee at a work site 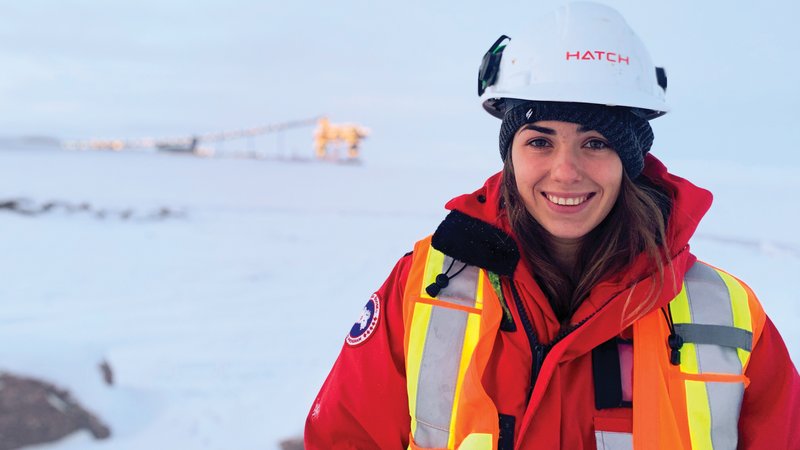 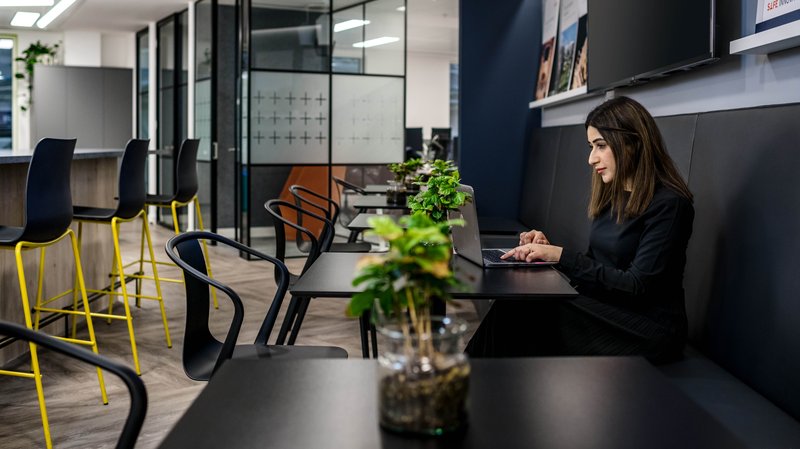 Hatch colleagues are passionately committed to the pursuit of a better world through positive change   (Photo credit: Louise Adby) 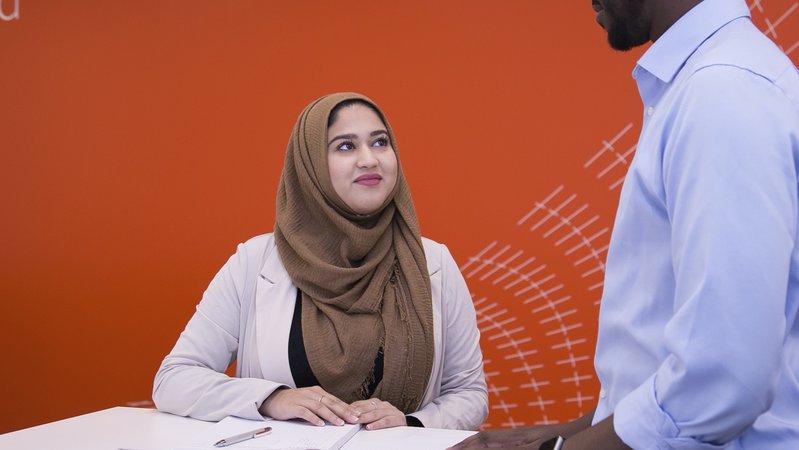 Hatch aims to challenge the status quo and create positive change for employees, and the communities and clients served in the mining, infrastructure, and energy sectors 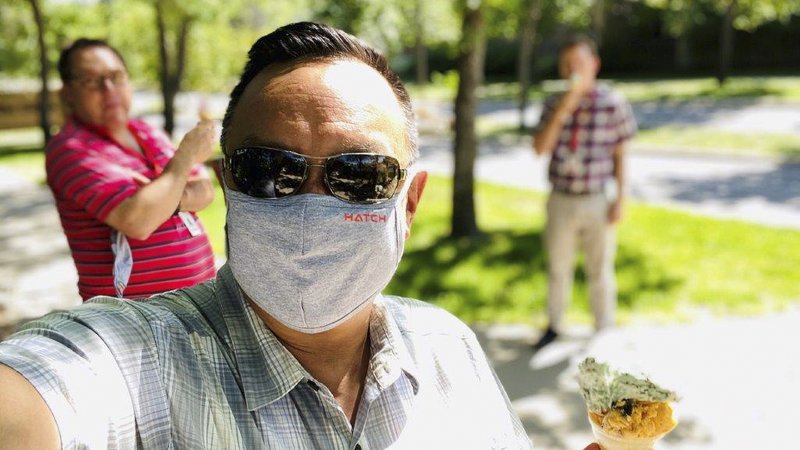 Throughout the COVID-19 pandemic, Hatch colleagues have continued to remain connected and committed to delivering safe, innovative, and sustainable solutions for our clients 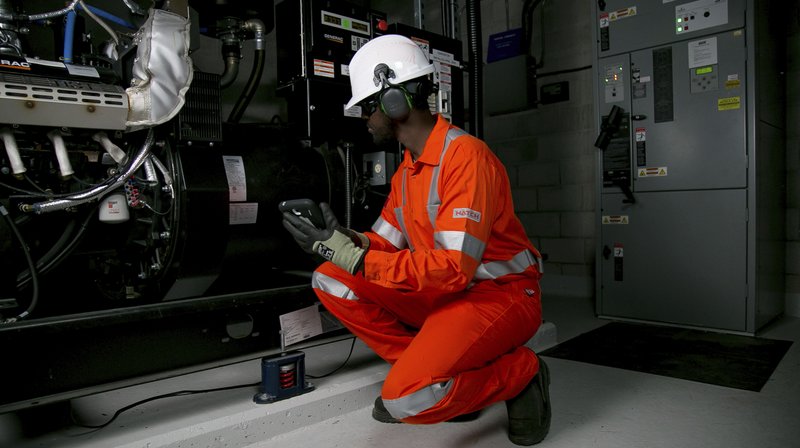 Hatch employees consider themselves 'entrepreneurs with a technical soul'

About a year ago, when she was 22 and had been fulltime with Hatch Ltd. for only a few months, Emily Miszk was on assignment in Baffin Island for the global engineering firm. After learning about a project in Nunavut, she recalls, she had sent an email saying, “‘Hey, just so you know, if you ever need someone to go up there, I could be that person.’ A week later, they were like, ‘OK, pack your bags, you're going.’”

A geotechnical engineer in training, Miszk has travelled three times to the Mary River site of Baffinland Iron Mines, possibly the most northern mine in the world; when she first went last November, the temperature was minus 40. Her job is to supervise a drilling investigation looking at soil, rocks and ice.

“I was super-intimidated at first, but my supervisor and other project managers said, 'Oh, you've got this,’” she says. “I was given the opportunity to make decisions in the field. It’s cool to know that whatever decision I make, they will support me 110 per cent.”

Miszk notes, however, that she has never felt completely on her own in Nunavut. “Sometimes when I come back from the site it's late in the evening, but my project managers are always on the computer if I have any questions, and they respond before my shift the next day. They make sure that everything is set up for me to be successful here.”

John Bianchini, Hatch’s chairman and CEO, says grooming young talent has always been part of the company’s DNA. “Real development happens on the job, so we give our people lots of responsibility early on in their careers. We purposely stretch them,” he says. “Worldwide, we hire and develop about 300 new engineers every year as well as several hundred students.” He notes that Hatch provides abundant training and a career-management program.

Bianchini, based in Mississauga, Ont., was himself challenged early in his career in 1988, when he was 25 and had been with Hatch only three years. He was assigned to lead a team involved in expansion of Richards Bay Minerals in South Africa. “It was a real developmental project for me,” he says, “because I got to learn about the technology and help modernize it with the team.”

He adds that social responsibility is embedded in the company’s “manifesto” and continues to be key, driven by a desire to create positive change in its communities. In South Africa, where Hatch still counts Richards Bay as a client and where the company’s second largest campus is, Hatch has invested more than $26 million in skills developments and bursaries, largely targeted to previously disadvantaged groups, over the past 15 years.

The company also provides scholarships and bursaries to Indigenous students in Canada. And this year, through employee donations and a corporate match, it raised $1 million for COVAX, the global COVID-19 vaccine-sharing project.

Miszk says Hatch jumped right on board when she proposed initiatives to inform high-schoolers – particularly females – about STEM in Niagara Falls, Ont., where she spent her first year with the company (she’s now based in Vancouver). Last March, she co-ordinated an event attended by 70 young people. “It was a dream of mine to run a seminar kind of thing,” she says. “Growing up, I had no idea what engineering was, and it was a very fluky thing that I ended up in the field.”

Bianchini says Hatch also has a “real open-door policy,” whereby employees are welcome to email him directly. “There is no ladder at Hatch to escalate an idea or a problem. There is no hierarchy.”

Here are some of the reasons why Hatch Ltd. was selected as one of Canada's Top Employers for Young People (2022): 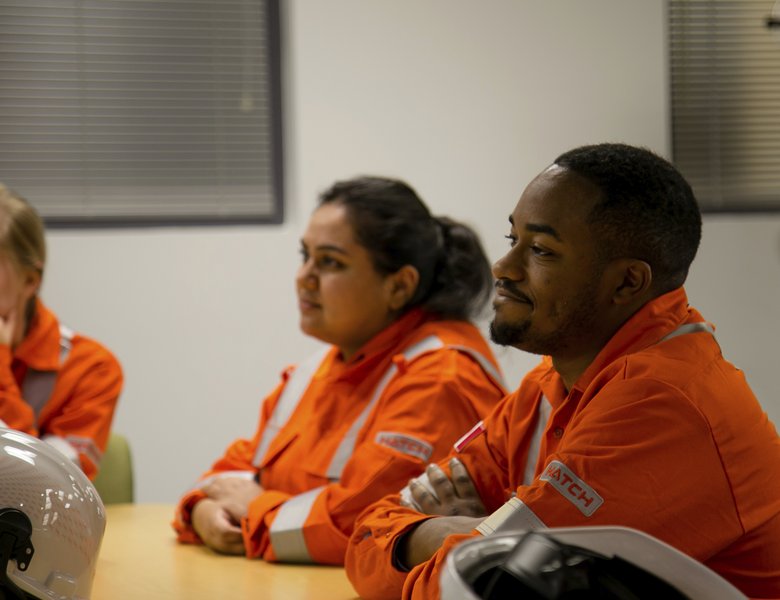 Students and new graduates at Hatch engage in a training session

Here are some of the reasons why Hatch Ltd. was selected as one of Canada's Best Diversity Employers (2022): 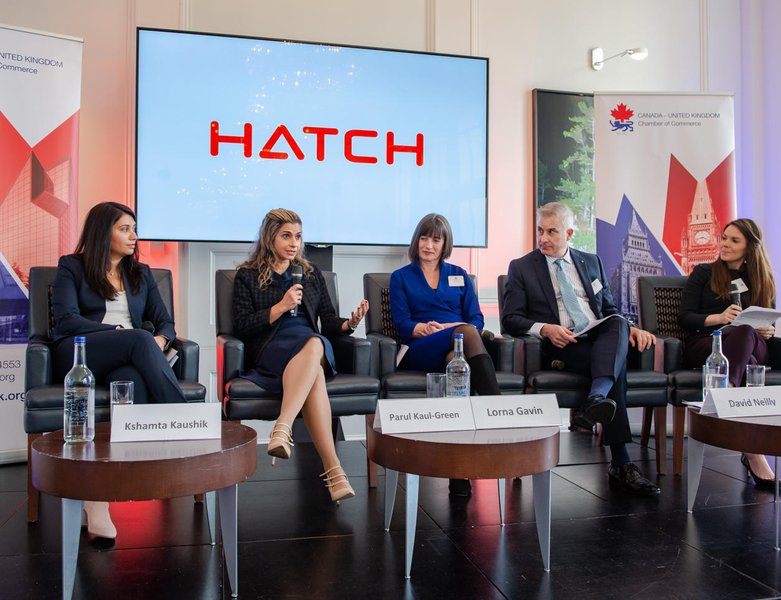 Hatch employee, David Neilly (second from right) participated in a past panel discussion for International Women's Day hosted by the Canada-UK Chamber of Commerce 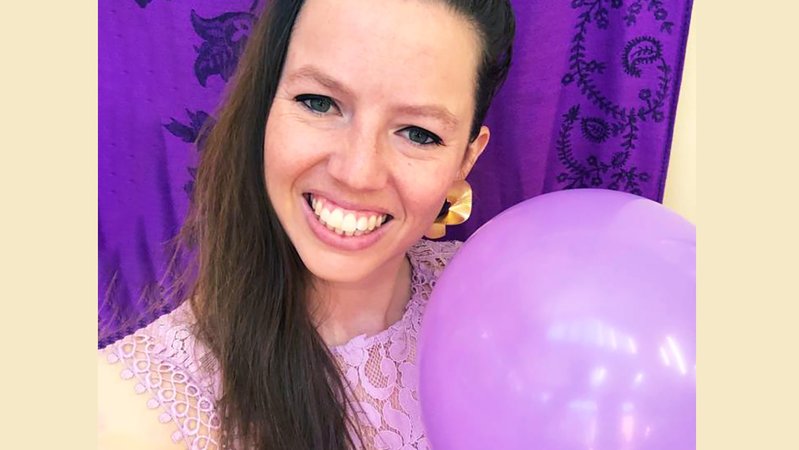 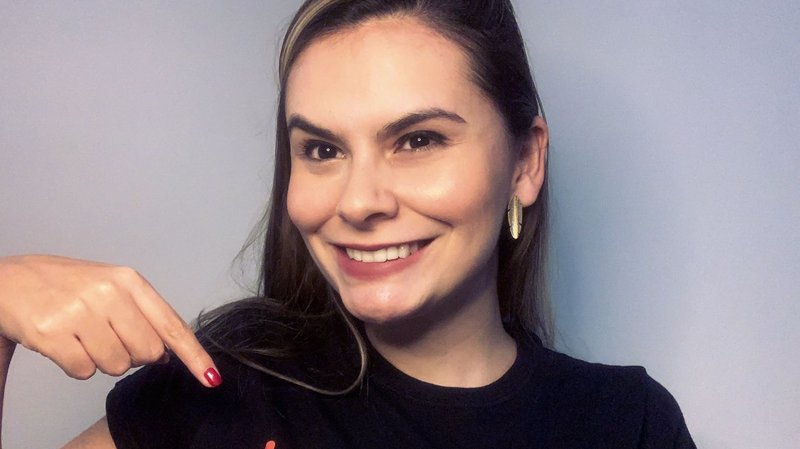 A Hatch employee shows their pride and support for LGBTQ+ colleagues, friends and family 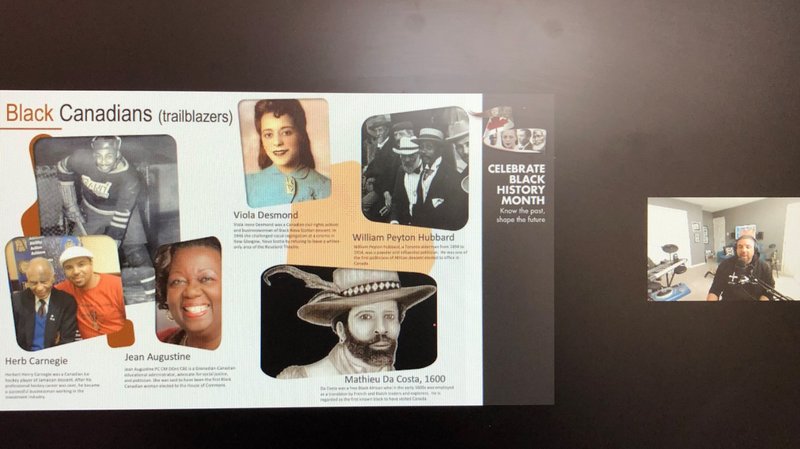 I n 2016, when she was asked to be part of the diversity and inclusion steering committee of Hatch Ltd., a global engineering, project management and professional services firm, Laura Twigge-Molecey declined.

“Back then, I felt I should try and fit in with my peers and not make a big deal about how I was different in a male-dominated industry,” recalls Twigge-Molecey, who has been with the Mississauga, Ont.-based company for 25 years and was recently promoted to managing director for transportation.

Her thinking has changed dramatically since then. “I‘ve realized that as a female leader, I can influence a broad group of people and be a role model, which from my perspective is the most important part about leadership,” says the mother of three. “With role models, people can see a path for themselves.

“Before I started this position in transportation, I was looking after engineering globally. And when I was approached about this job, I was nervous because the group of managing directors was almost 100-per-cent male, and some of them had younger families and most had a spouse who stayed at home. I was always uncomfortable saying, ‘Well, I can't come to a 7 a.m. meeting because I have to take my kids to school.’ ”

But then, Twigge-Molecey continues, she realized, “Everyone has different life situations. It wasn’t my peers pressuring me to do something – I was putting pressure on myself.” Plus, she felt buoyed by Hatch’s commitment to diversity. “The inclusivity part is important, especially when you’re part of a minority group. It helps you feel as if you’re part of the team.”

For Brittany Chubey, a senior structural engineer with 12 years at Hatch in Saskatoon, Sask., the company has steadfastly supported her career aspirations. “I’ve always felt valued and respected,” she says, “and that Hatch has supported me in a way that isn’t just about excelling at my career but also about balancing all aspects of my life.”

Chubey notes that she’s often required to go to project sites to validate the firm’s designs or support construction. “These experiences are incredibly valuable. Hatch has always supported me in my desire to gain more site experience, but at the same time they respect that I’m a mom of three and it takes time to co-ordinate with my family, especially since these sites are often far from home.

“I’ve advanced in my career because Hatch continues to present me with challenging opportunities, leaving me to decide my career path and never choosing it for me based on my family situation or anything else.”

Hatch has also launched a diverse and inclusive design initiative, with Twigge-Molecey as its sponsor. The program ensures diversity and inclusion are embedded in the engineering design methodology. For example, if a client has a goal of 40 per cent for women or a certain percentage for Indigenous workers as part of its current or future workforce, Hatch can influence how a facility is designed to ensure the needs of the workforce can be met.

The next phase, says Twigge-Molecey, is to start measuring female involvement in the firm’s largest projects. “And then, we’re going to expand to other kinds of diversity in the future. We can talk about, for example, how we had had 15 per cent of a project done by people in our Chilean, South African or Indian office, and we can actually track the project performance.

“Whether it’s cost, schedule or safety,” she concludes, “we can use these data to measure the positive impact of a more diverse team.”

Here are some of the reasons why Hatch Ltd. was selected as one of Canada's Greenest Employers (2022): 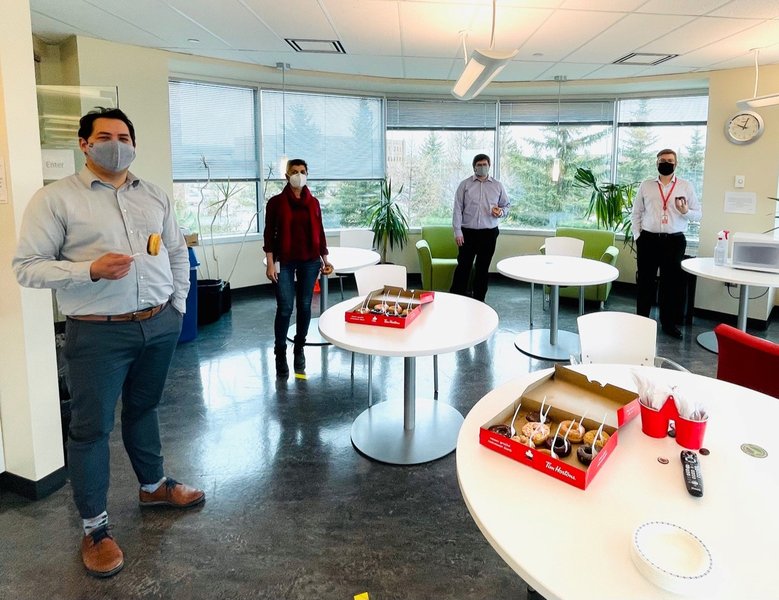 Hatch Ltd. has been selected for The Career Directory, our guide to entry-level recruitment for recent college and university graduates. 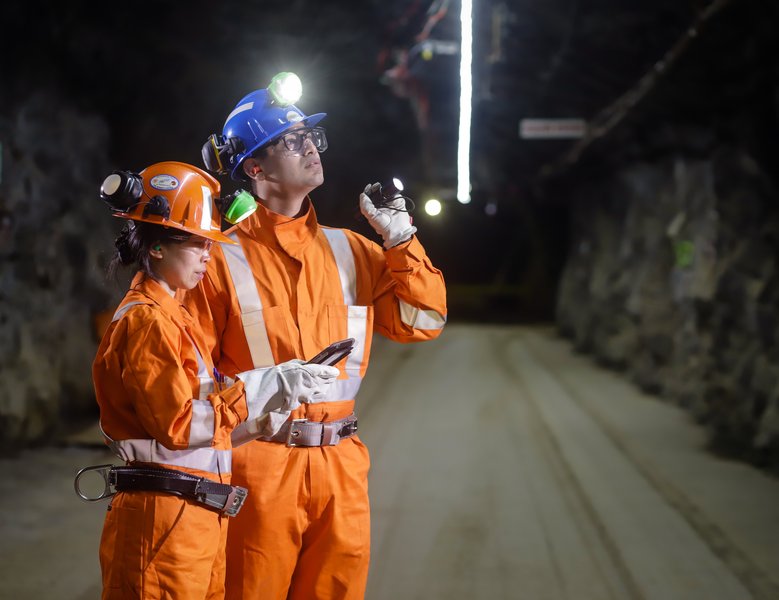