Employees at Genoa Design International at a virtual career fair

Here are some of the reasons why Genoa Design International Ltd. was selected as one of Canada's Top Small & Medium Employers (2022): 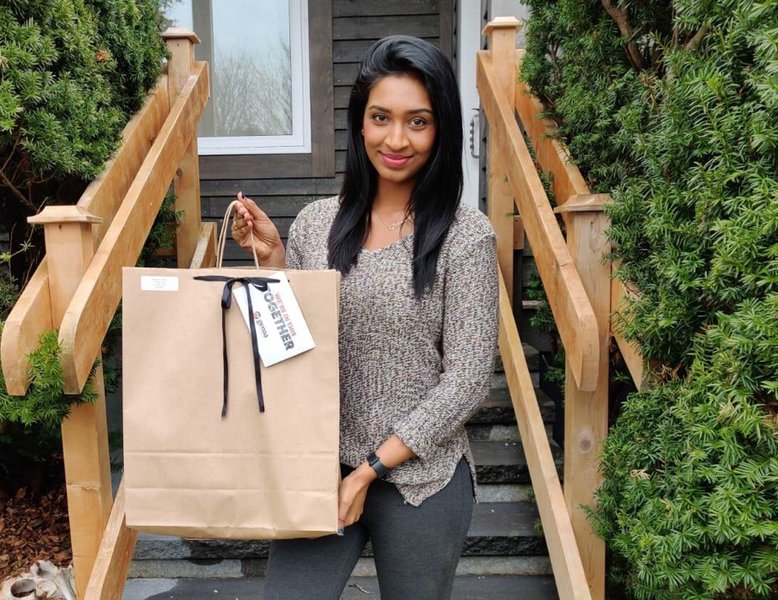 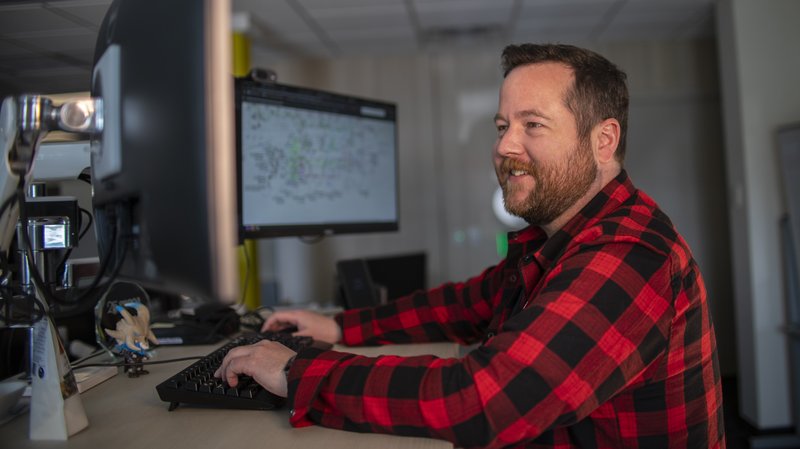 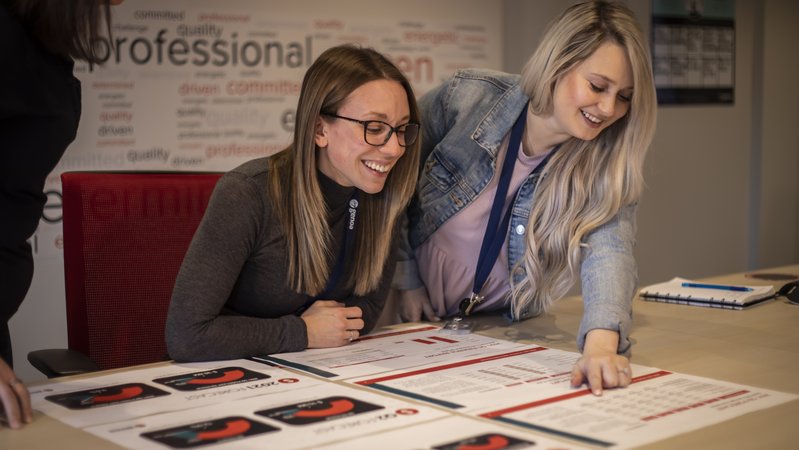 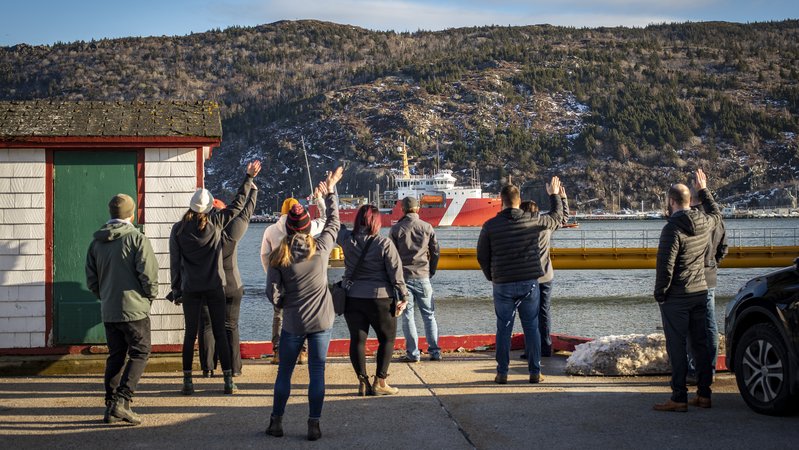 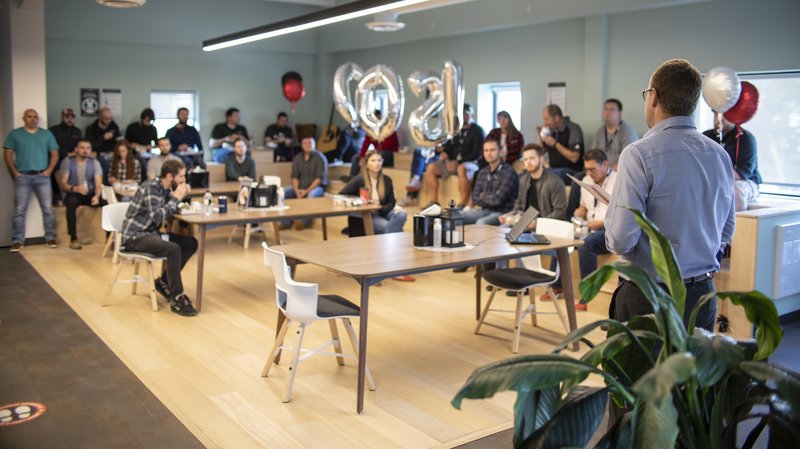 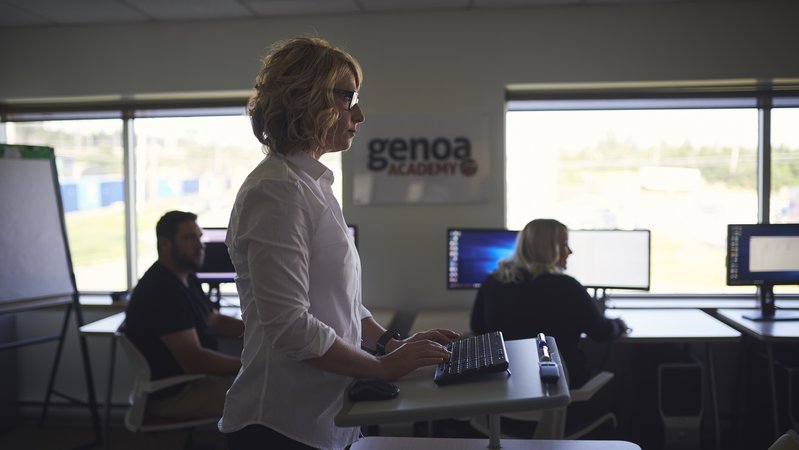 When Jennifer Best requested a few months’ personal leave in 2020 from Genoa Design International Ltd., leaders were quick to approve it. That was already a sign of a good employer. “They were more than happy to support me, and even checked in with me on a regular basis,” she says. But Best was even more impressed when she returned in February 2021 – and was immediately offered a promotion.

“Little did I know it would be a transition for me to grow into a leadership role and to learn how to manage,” she says. “In a year, they’ve given me so many opportunities to be in bigger meetings and become more of a project manager. They recently signed me up for a project management course. It shows that they believe in me, and that really means a lot to me.”

Genoa, based in Mount Pearl, N.L., offers 3D design for ship-builders – primarily military clients in Canada and the U.S. – turning engineers’ drawings into a three-dimensional digital model that is used to construct the ship. With the U.S. Navy as the client, Best is now team lead on the landing craft utility vessel, or LCU, support project. It’s where she started as a designer when she joined in 2018, straight out of Memorial University of Newfoundland’s marine technology program.

She has found it a very enjoyable place to work. “It’s more of a relaxed culture than many other places, in terms of being able to wear jeans or being your true self, but it’s also a productive culture; we show up for ourselves, we show up for the team and we get the job done. They’re constantly wanting to develop the team, add to our personal growth, acknowledge our successes. It’s a one-team environment, and it’s pretty great. We all contribute to the success of Genoa.”

CEO Gina Pecore says Genoa has what she likes to call “a tight-loose culture”.
“It’s tight in that we can’t play around with the regulations and the standards of the industry, and we are a very process-driven environment,” she says. “It has to be that way. But we try to keep that loose in eabling autonomy at the individual level – for managers to form their teams with their personalities, and for individuals to be able to make decisions and work the way they need to. So, tight-loose culture.”

Pecore says the 27-year-old company hires a lot of its people from Memorial’s Marine Institute in traditional naval architecture and engineering fields. “But we’re seeing more technology-based skills coming in – developers, software architects, data experts and so on, and that’s creating an energetic and dynamic work culture.”

Both the veterans and the young techies have skills and knowledge to share with each other, she says. “The two are really learning to work together.”

The industry is still male-dominated and engineer-dominated, “but we’re all working hard to broaden that.” There is a wide range of skillsets at the company, and of nationalities, she says. “And 35 per cent of our management team is women – we’ve had some good successes on that front.”

Technology will surely play an increasing role in the company’s future. Pecore says the concept of the “digital ship” is gaining ground worldwide, in which Genoa’s 3D design can continue to live alongside the finished, operating ship to aid in repairs and support through information-sharing between ship and shore. “The relationship between your physical vessel and your digital vessel is becoming closer and closer,” she says. “We’re on the quest to be a leader in the emerging technologies that enable that digital ship.”

Genoa Design International Ltd. has been selected for The Career Directory, our guide to entry-level recruitment for recent college and university graduates. 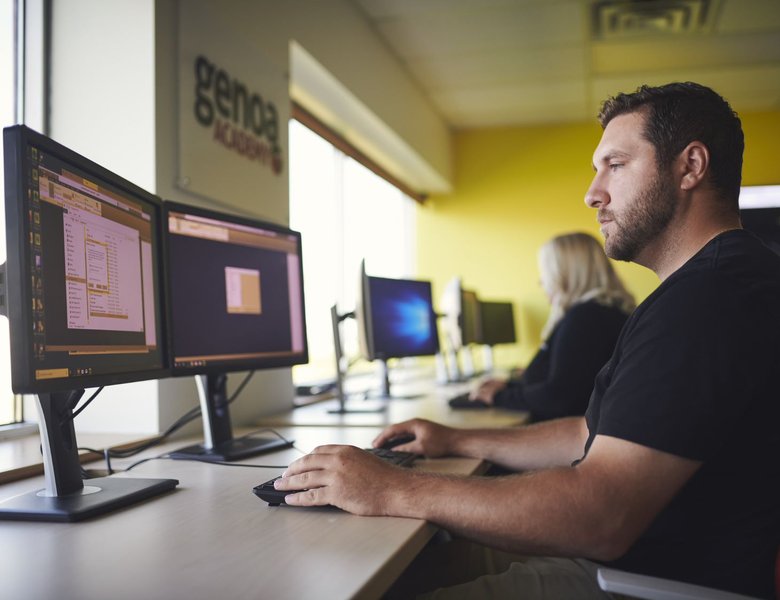