EDC staff members at the annual employee conference in 2020 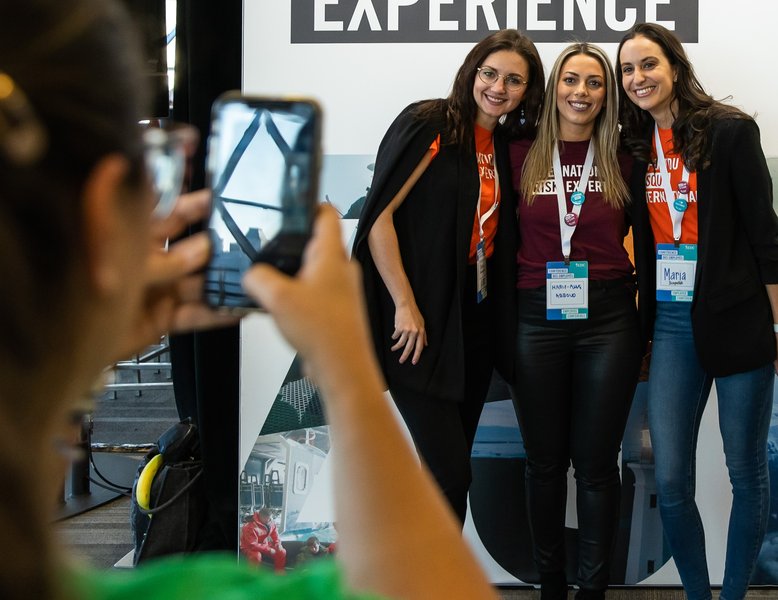 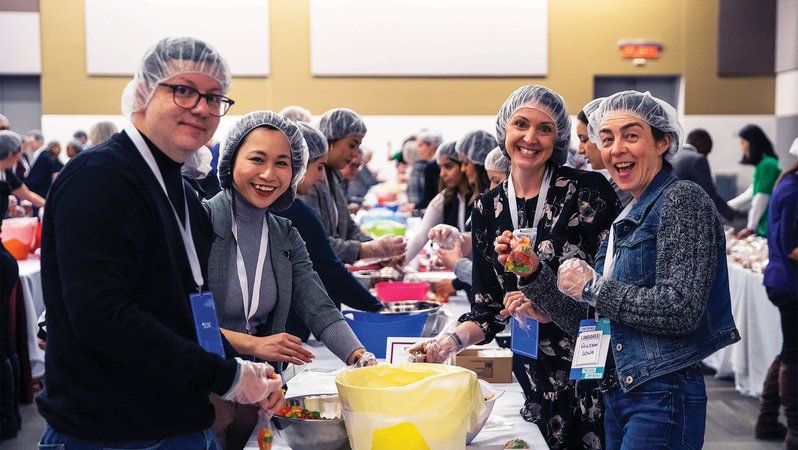 As before the pandemic, EDC employees take time to give back to their community 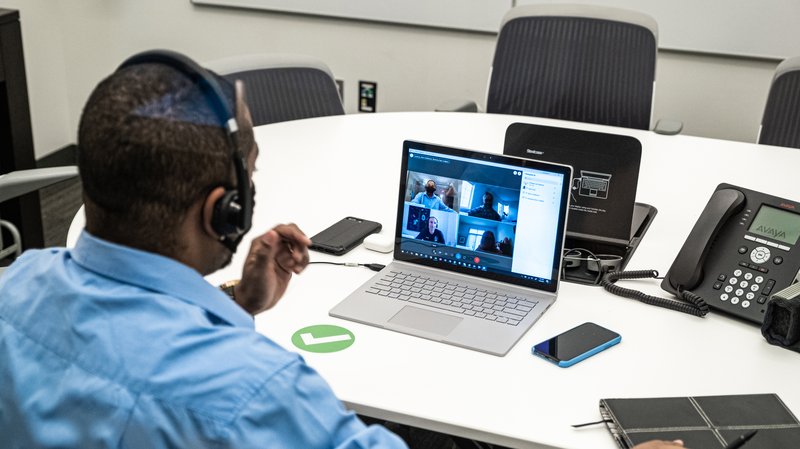 EDC employees have many ways to stay connected remotely during the pandemic   (Photo credit: Richard Dufault)

EDC is all about support, globally and locally

“One of the greatest advantages at EDC is the mandate we have,” says Willy Fogang, a Winnipeg-based senior account manager on the commercial market and small business team. “It’s the ability to get up every day and do impactful work for Canadian companies that are doing business abroad, and see the difference that makes in the communities we live in.”

Fogang started at EDC as an intern in 2011. “The first day, instead of just getting me to print papers or serve coffee, they gave me meaningful work. That says a lot about the culture of the organization. It is very supportive, and not just at the beginning. I joined in 2012, and I saw how much they invest in their people. It’s very inclusive as well.”

In fact, Fogang, who was born in Cameroon and came to Canada with his family as refugees in 2003, was able to gain an MBA while working at EDC, with tuition support from the organization. Now he helps Manitoba companies sell anything from eggs to mineral water to tractors abroad.

He still takes pride in one of the first facts he learned about EDC. “For every dollar in our pockets, EDC contributes about five cents of it,” he says. “That really hit home to me – that five per cent of GDP is through the activity of this organization.”

President and CEO Mairead Lavery likes to point out that the organization started as a couple of people in an Ottawa office in 1944 after the Bretton Woods Agreement established global institutions such as the International Monetary Fund. “Now, after passing our 75th anniversary, we have 1,700 people – all working at home,” she says.

The pandemic led EDC to shut down all 41 of its offices around the world, but no one was laid off. The work continues virtually, and people can come back to offices that have reopened if they wish. “It’s 100 per cent voluntary,” says Lavery.

In addition, EDC has taken on domestic responsibilities amid the pandemic, helping even Canadian businesses that don’t sell abroad to get critical help through government programs or banking support. That extra mandate, which is set to last until December 2021, has meant that many of EDC’s people around the world have switched to the domestic effort.

And EDC is hiring. “We’ve been recruiting team members that can help these companies on the front line,” says Lavery. “We’re a financial institution, so there’s a lot within our underwriting organization, plus the back office.”

The organization is also wellknown for its community involvement. Aside from outreach to business associations, now virtual, EDC stepped up its support for charities in 2020, including for new immigrants, for Lebanese citizens affected by the disastrous Beirut explosions, and for Canadian food banks.

And given the outpouring of support for the Black Lives Matter movement, including from its own employees, EDC also looked inward, says Lavery. “It was a wake-up call for us. We needed to sit down and listen to our employees.” The result was the hiring of a full-time chief diversity officer, as well as facilitated conversations and a training series covering such topics as unconscious bias, microaggression and white privilege.

She notes that EDC was named one of Canada’s Best Diversity Employers in 2020, “but that never means the journey is over. You absolutely have to be continuing to reflect the community of EDC employees.” It’s all part of the mandate.

Recognized as one of Canada's Greenest Employers (2021):

Here are some of the reasons why Export Development Canada was selected as one of Canada's Greenest Employers (2021): 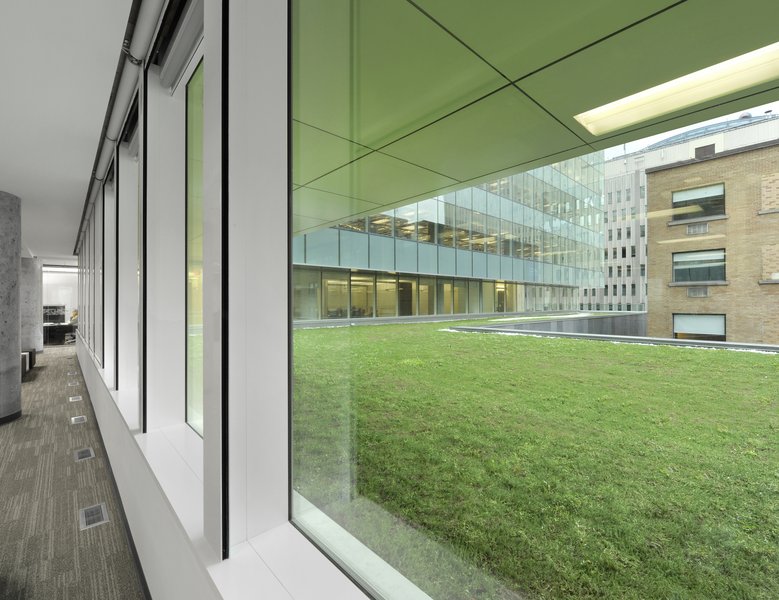 Export Development Canada has been selected for The Career Directory, our guide to entry-level recruitment for recent college and university graduates. 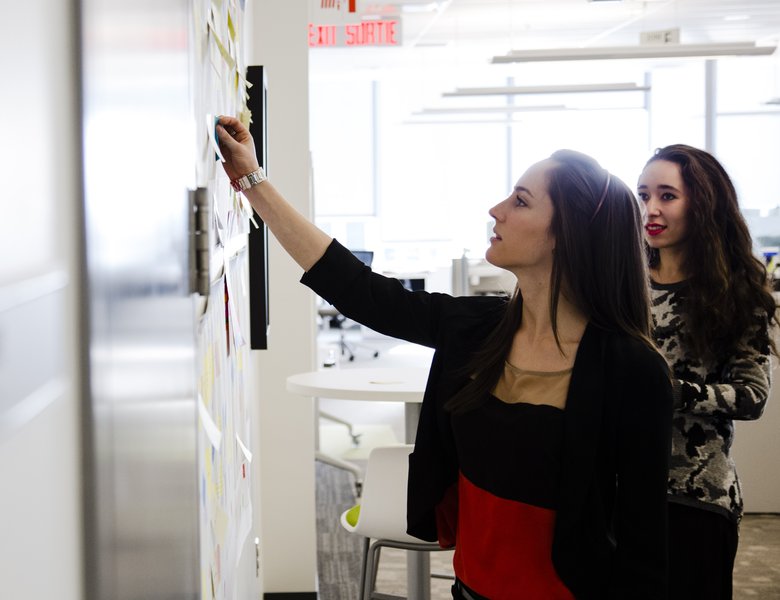