Here are some of the reasons why East Side Games was selected as one of Canada's Top Small & Medium Employers (2021): 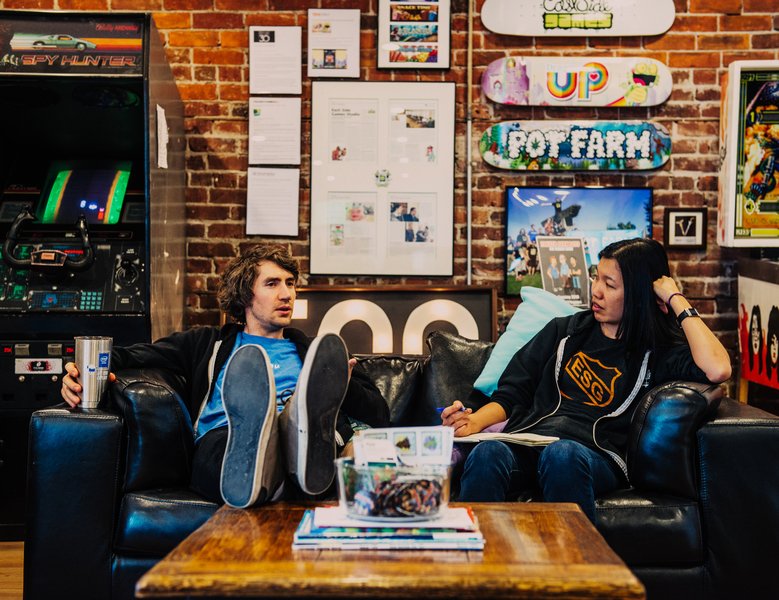 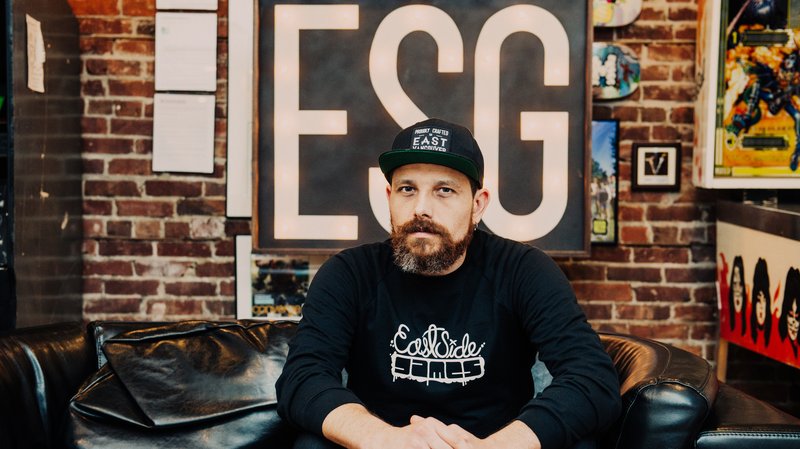 East Side Games plays well with its employees

Less than a decade ago, self-taught entrepreneur Josh Nilson co-founded Vancouver’s East Side Games (ESG) with just 12 employees and $300,000 in the bank. The company launched its first game with the goal of breaking even.

Now, ESG is one of the country’s largest mobile game publishers, with 125 people working around the world. And in February, ESG was purchased by LEAF Mobile for $159 million. With the acquisition, LEAF Mobile made its debut on the Toronto Stock Exchange, becoming Canada’s largest publicly traded mobile games company.

“We’re so proud to have East Side Games as part of the LEAF group,” says Darcy Taylor, CEO of LEAF Mobile. “The studio stood out to us not only for their ability to create the best games, but also for their ability to make an impact on their employees and peers, as demonstrated by this award. Company culture is a key factor when we look to grow the group.”

ESG’s narrative-driven titles include Trailer Park Boys: Grea$y Money and Archer: Danger Phone, both based on hit TV comedy series. Revenue comes from “micro-transactions” in which players buy things to enhance their playing experience, as well as some advertising. Every month, its products see well over a million active users.

Nilson, ESG’s CEO, says the company started out wanting to offer casual games – ones for non-gamers. Another unique thing about ESG, he adds, is its involvement with game-development communities.

“We focus on our players, so you’ll see us at a lot of industry events – not just me but the entire team. We try to make sure that we’re having a positive impact on the Vancouver and Canadian gaming communities, and we’re active in growing technology in B.C. and across the country.”

Social responsibility is also key to ESG’s DNA, Nilson observes. As someone of Métis descent, he is passionate about increasing the number of Indigenous people in tech and games in B.C., who account for just 0.5 per cent of the workforce nationwide. ESG is involved in a number of Indigenous- focused and other programs, including the imagineNATIVE Film + Media Arts Festival, as well as the Pacific Association of First Nations Women and YWCA Tech Connect.

“One thing I am most proud of,” says Nilson, “was being honoured with a 2020 Business of Good Award in B.C. last year, and being recognized by our peers for giving back to our community.”

ESG also takes pride in its supportive culture. “Before the pandemic, we had snacks and beer Fridays and workouts and yoga,” Nilson notes. “We still do team-wide virtual workouts every Tuesday and Thursday, and we focus on people’s mental health and make sure we’re balancing life and work.

“We’re one of the few game studios that has full maternal and paternal leave,” he adds, “with a full top-up for your salary while you’re away.”

He says that at ESG, “everyone has the opportunity to take ownership of projects – we train entrepreneurs here.” That has been the case for narrative designer Lucas Cochran, who started at ESG as a community manager and, because of his experience as a television host, producer and writer, found time amid his busy set of responsibilities to help with scripts.

Search all jobs from East Side Games Live search powered by Eluta.ca