Here are some of the reasons why Broadsign Canada Company was selected as one of Montreal's Top Employers (2021): 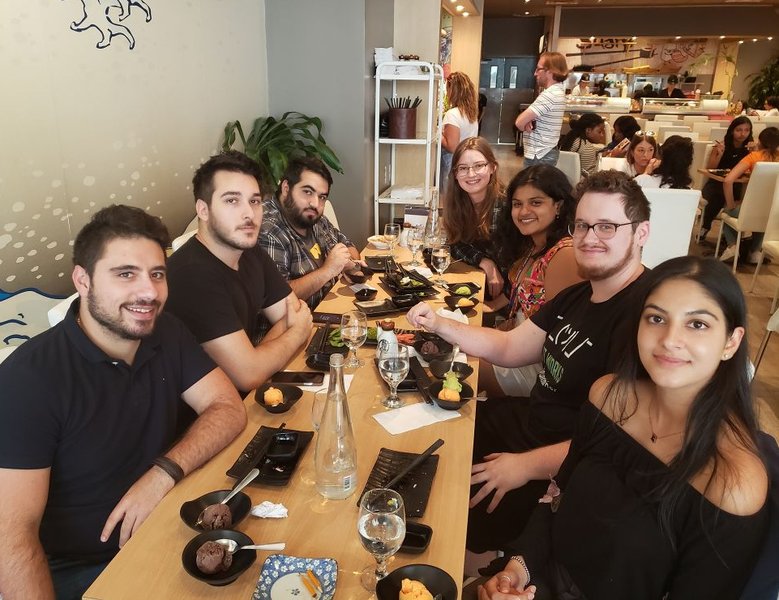 Summer interns at Broadsign having lunch in the summer of 2019 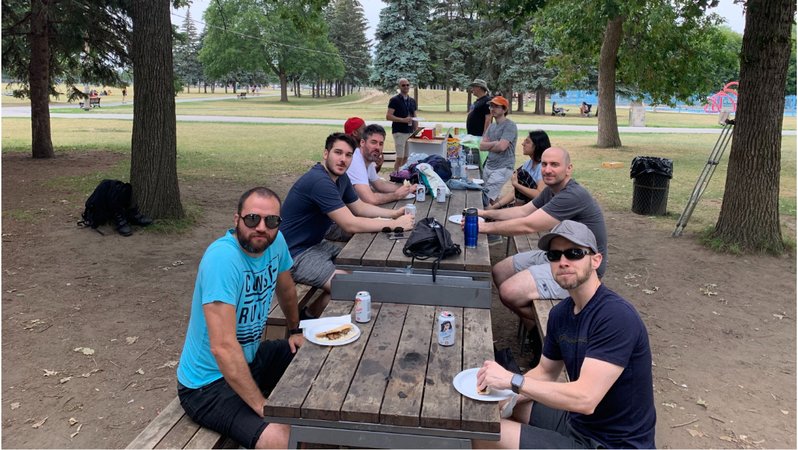 Broadsign employees enjoying a socially distanced picnic at the park 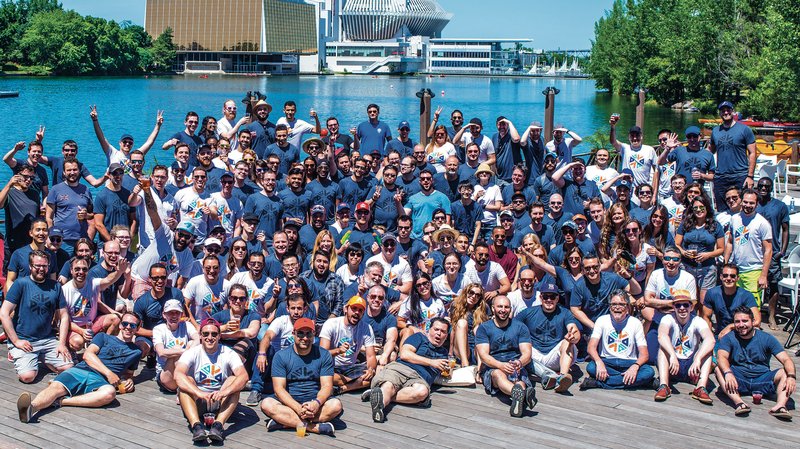 Broadsign employees at their summer barbecue in 2019

Broadsign lights up its people by displaying support

One of the many ways Broadsign employees have stayed connected while working from home during COVID-19 is through a channel on Broadsign's workplace chat system called “Critters,” where some 50 staff members post pictures of their pets.

A regular participant is Tomas Morton, a software development team lead who has a rescue dog, Copper, and two cats, Chewy and Blackjack. “It’s a nice way to relax and connect with other people in the company,” says Morton. “I also help out people asking for advice. My wife used to work as a vet technician and has a lot of knowledge about animals.”

Morton says that channel, which was created before the pandemic, is typical of how the company and its employees value camaraderie, something that has proven very important amid the isolation of working remotely. Broadsign specializes in out-of-home marketing technology, connecting advertisers and media publishers with audiences in the world’s airports, shopping malls, health clinics, transit systems and the like through about 425,000 signs, including 187,000 digital screens, in 82 countries.

“We have evolved because of COVID-19, but we started from a very similar base and set of values,” Morton says. “Everyone on the management team and all the way down is really connected and social. A lot of that comes from our leader, Burr Smith, and the way he refers to the company as his family, and how everybody is important as a person as opposed to just being a resource.”

Smith, Broadsign’s St. Louis, Mo.-based president and CEO, says that at the beginning of the pandemic, “we basically had to look at whether we could survive as a business. And from there, how we might adapt to the changing times to come out stronger.”

Amid the uncertainty, the executive team went out of its way to make it easier for staff to cope with isolation and continue delivering superb service to clients. “We tried to be very generous on allowances for what employees needed in the way of IT equipment at home, and to support them in maintaining their well-being and health,” says Smith. “Also, some of our employees have children at home, so we try to be flexible about work hours and things like that.”

Here are some of the reasons why Broadsign Canada Company was selected as one of Canada's Top Small & Medium Employers (2021): 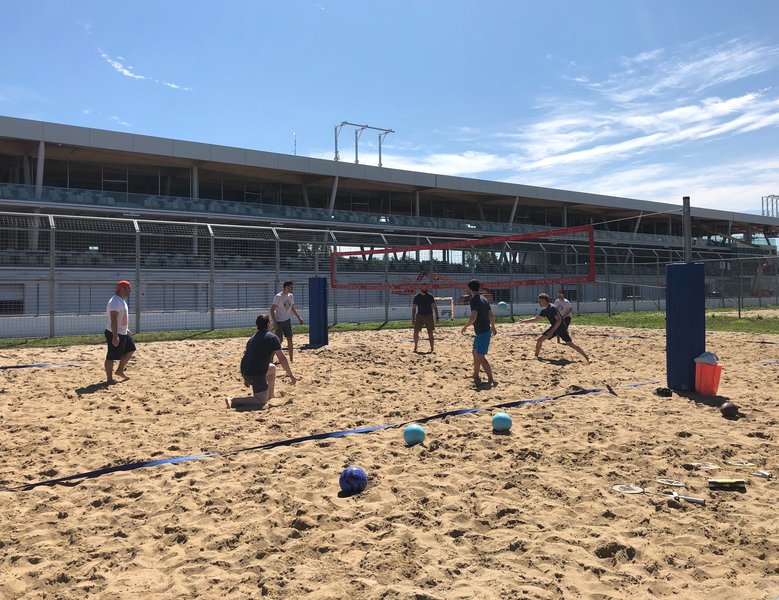 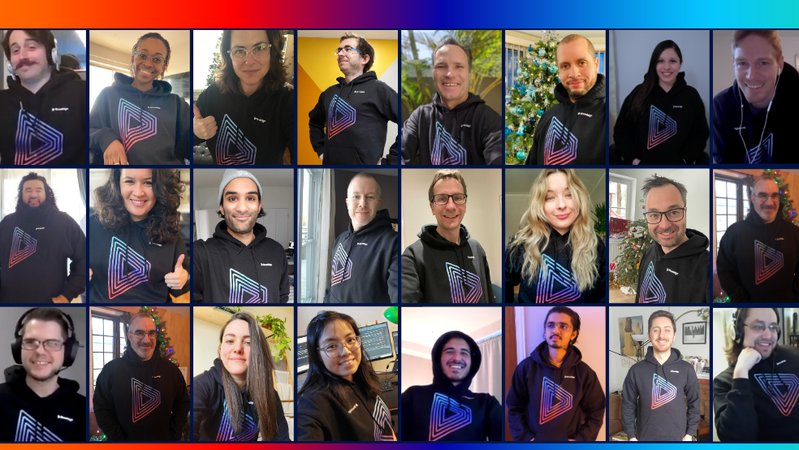 “Donut time” may not sound like a sophisticated management strategy, but at Montréal-based Broadsign it’s been an effective way to help employees deal with the isolation and disengagement brought on by COVID-19.

Broadsign provides marketing technology to advertisers and media publishers to power out-of-home campaigns on 425,000 signs across the globe. Yet with his staff at home staring at their computer screens all day, CEO Burr Smith says he’s been concerned about how staff is doing without the in-person camaraderie and mutual support that are central to Broadsign’s culture.

So at least once a week, staff at the company use an app called Donut to have a virtual chat.

“It’s an opportunity for employees at all levels to connect, and for someone in one part of the country to interact with somebody in another part of the world,” says Smith, who’s based in St. Louis, Missouri. “It also allows people from, say, the services department to interact with people in the marketing department, just so employees can understand a little bit about their colleagues and build a sense of teamwork.”

Broadsign also holds weekly “all-hands meetings” to share company news. And it has a number of recognition programs in which both the employee who gets the shout-out and the person who nominated them get a prize.

Those and other measures seem to be having an impact: Burr notes that in 2020, Broadsign, which is committed to increasing its employee-engagement score, was able to maintain the 80 per cent of the previous year. “During a remote period like this, it’s still a kind of victory.”

Broadsign has also stepped up its efforts to let people move within the company when they feel they need a new challenge or that their expertise isn’t being fully utilized. “And to be honest,” Smith observes, “it’s in the best interest of the company, too, because it gives us an opportunity to keep a good person.”

Smith says that amid COVID-19, Broadsign has also ramped up its communication with clients. “They have been in the position where people are not out of home as much, and that could adversely affect their business. And we were able to increase our net promoter score – that’s asking your clients whether they would recommend you to someone else – by 14 or 15 points last year. That’s a pretty amazing thing to do at a time when your clients are under stress.”

For Khadija Chaabouni, a Broadsign product owner, one of the many things she loves about the company is that everyone has a voice. “They value ideas from any employee. There is no hierarchy – you can speak up and say whatever you think.”

At one point, Chaabouni, whose job essentially involves liaising between customers and the engineering team, noticed that the there was a “broken process” in how to smoothly deal with emergency issues, and she suggested a fix.

Management engaged other employees around her suggestion, which was then experimented with and tweaked. “Instead of having something introduced from the top down,” she says, “it was owned by other team members, and today it’s a working process that we use.”

She also values all the employee training that Broadsign provides or supports. And for Smith, that’s a no-brainer. “The more we advance our people, the more they can do for us. There’s a little bit of a risk in that because somebody may take a professional course and then look somewhere else, but we have to provide a place people want to work at enough that they don’t want to work elsewhere.”

Broadsign Canada Company has been selected for The Career Directory, our guide to entry-level recruitment for recent college and university graduates.