Recognized as one of Waterloo Area's Top Employers (2023):

Here are some of the reasons why BlackBerry Limited was selected as one of Waterloo Area's Top Employers (2023): 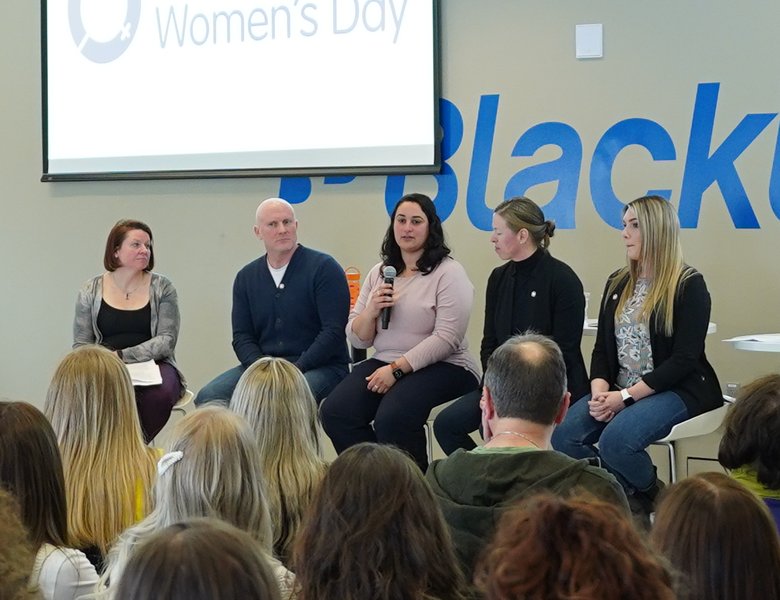 Here are some of the reasons why BlackBerry Limited was selected as one of Canada's Top Employers for Young People (2022): 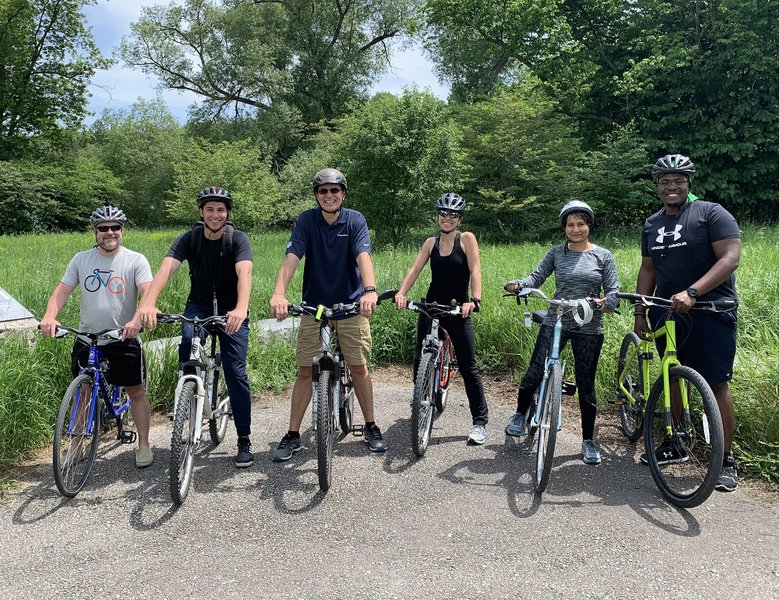 BlackBerry employees on a bike ride 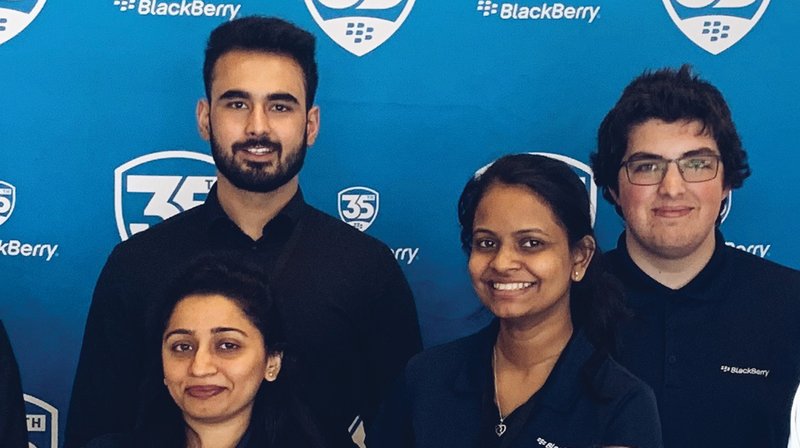 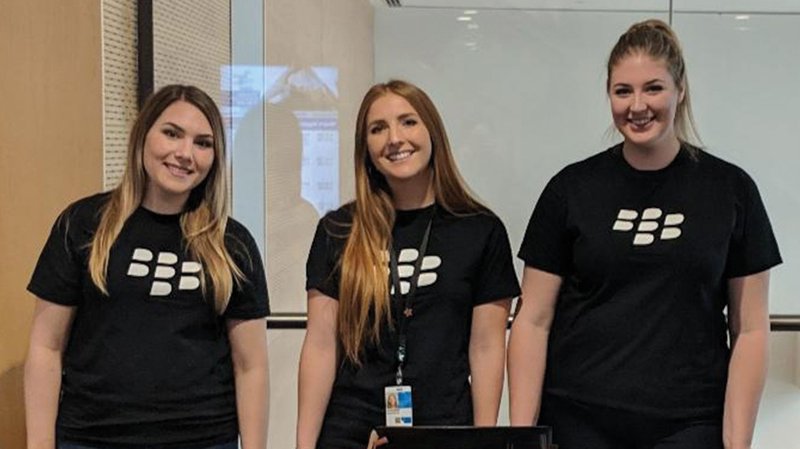 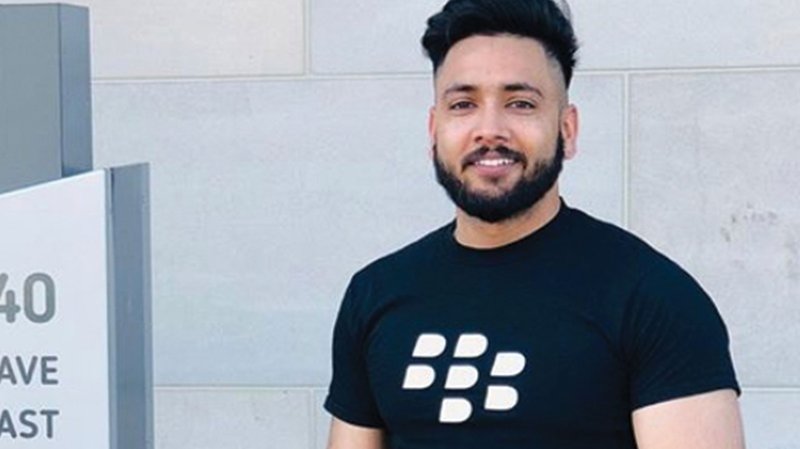 BlackBerry offers a secure future on the cutting edge

It didn’t take long for Maddie Whibbs to conclude BlackBerry Ltd. was a great employer.

When she first reported for work at the iconic Canadian technology company in 2018, Whibbs found that all the resources she needed to settle into her job were ready for her.

“I remember my first week just feeling like, Wow, this is what it’s like to work for a company that takes care of the employees,” says Whibbs. “It really solidified in my mind that this was a good career move for me and I’m ‘good to go,’ and ‘good to grow’.”

The latter point has been proven to her over and over again since her first week at the intelligent security software and services provider. Initially a talent acquisition lead on the university & colleges team, Whibbs has since moved into a managerial role.

Her ascent has been aided by strong mentorship and myriad opportunities to learn on the job. Whibbs has been particularly impressed with the Leadership Edge Program. During the 12-month course, about 20 rising stars within BlackBerry cover a range of management topics with an emphasis on real-world case studies.

Employees also have access to self-directed learning courses. In addition to taking management classes, Whibbs has been inspired by her company’s cutting-edge work to take technical courses, which also help her understand more about the professions they are hiring for. To further expand the breadth of opportunities, the Waterloo, Ont.-based company has a tuition and education reimbursement program to make it easier for an employee to continue post-secondary studies outside of BlackBerry.

“I’ve been really supported both personally and professionally since I’ve joined,” Whibbs says. “I have been able to grow in my role, and to me that is very important.”

The company’s engagement with young people thrives because managers actively listen to them and treat them like professionals, says Heather Roberts, human resources business partner director for global university recruitment and staffing.

“They’re challenged in the projects that they work on,” Roberts says of the students. “They have a real-life experience at BlackBerry, on real projects.”

And all leaders are very approachable, Roberts says. As part of that effort, BlackBerry has instituted a program called Fireside Chats, where students are given an open line of communication to senior leaders. Given the calibre of the students in the program, the executives also benefit from their presence, Roberts says.

The pandemic challenged BlackBerry to find ways to crank up those communications. Virtual meetings were scheduled regularly, all kinds of wellness sessions were made available, and managers kept in close contact with anyone isolated in apartments or dorms.

“We all got very human, making sure everyone was okay and checking in,” Whibbs says.

The pandemic response showed Whibbs once again why BlackBerry, with its focus on such advanced technology as the internet of things (IoT), is not just an exciting place to work but a supportive environment.

“What I think is great about joining BlackBerry in your early career is that you get the support and security of an established corporation,” Whibbs says. “But at the same time, you get exposure and the opportunity to be a part of these new and up-and-coming products and technologies BlackBerry delivers in the cybersecurity and IoT space.”

This article appeared in the magazine announcing this year's Canada's Top Employers for Young People winners, published January 18, 2022 in The Globe and Mail. This article was prepared with the financial support of the employer, which reviewed but did not write its contents.

Here are some of the reasons why BlackBerry Limited was selected as one of Canada's Greenest Employers (2022): 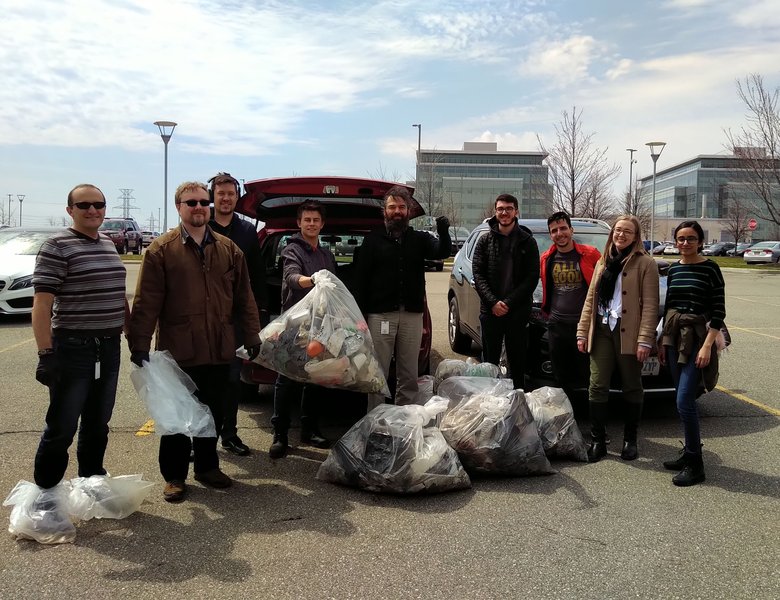 BlackBerry employees participated in a past Earth Day by collecting waste

BlackBerry Limited has been selected for The Career Directory, our guide to entry-level recruitment for recent college and university graduates. 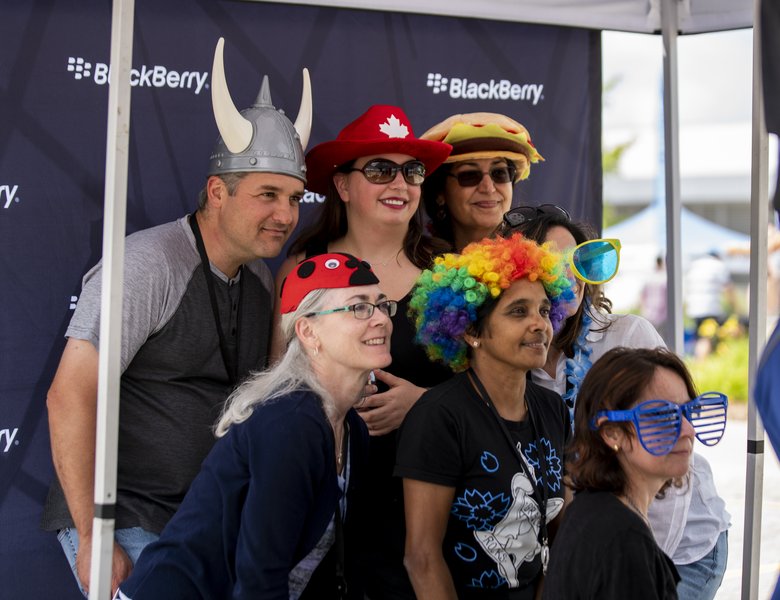